This species was described from Kobé, Japan in 1885. Carlton & Eldredge (2009) regarded B. japonicum as introduced in Hawaii, given its largely harbor and fouling habitat in the Islands and the highly disjunct distribution between Japan and Hawaii. However, confusion arises when trying to track records of B. japonicum , a species name which is under a subjective synonym ( B. cingulatum ( Grube, 1870) . In addition, one Branchiomma species originally described from Honolulu ( B. havaicum Kinberg, 1867 ) was synonymized with B. cingulatum by Hartman (1948).

Augener (1914) and Imajima & Hartman (1964) suggested that B. japonicum is synonym of B. cingulatum , a species described originally from the Fiji islands. However, Augener (1914) and Imajima & Hartman (1964) did not provide any evidence or comments about this consideration and stylodes were not described. Knight-Jones (1994) introduced both names ( B. cingulatum and B. japonicum ) as separate species while trying to form groups based on artificial categories, but any indication about the status of both species was not provided. She was reported to be in the process of redescribing B. cingulatum , but unfortunately, she died in 2009 without concluding her revision.

Carlton & Eldredge (2009) included under the name B. japonicum previous records from Hawaii ( Branchiomma nigromaculata of Bailey-Brock & Hartman (1987), Sabella havaica and Branchiomma cingulata of Hartman (1966) and many others studies). However, these attributions were based on a personal communication that Phyllis Knight-Jones had with Carlton & Eldredge in 2000, but not on the examination of specimens.

Branchiomma cingulatum has uncini with two rows of teeth above the crest ( Fitzhugh 2002: Fig. 2 View FIGURE 2 B) and stylodes are digitiform, proximal stylodes with length same as radial width and more distal stylodes up to two times longer than radial width ( Grube 1870: plate 14, Fig. 6 a–c; Fitzhugh 2002: Fig. 2 View FIGURE 2 A). Although in B. japonica the uncini present only one clear tooth above crest and apparently a second short tooth ( McIntosh 1885: plate 30 A, Fig. 24), stylodes are similar to those described for B. cingulatum ( McIntosh 1885: plate 39 A, Fig. 5).

Thus, the synonymy of these species remains tentative until a revision based on type materials can further clarify the status of species involved. If synonyms are confirmed among these three species, B. cingulatum will be the valid name according to Priority Principle of ICZN, having implications about its status as NIS in Hawaii or in other worldwide localities. 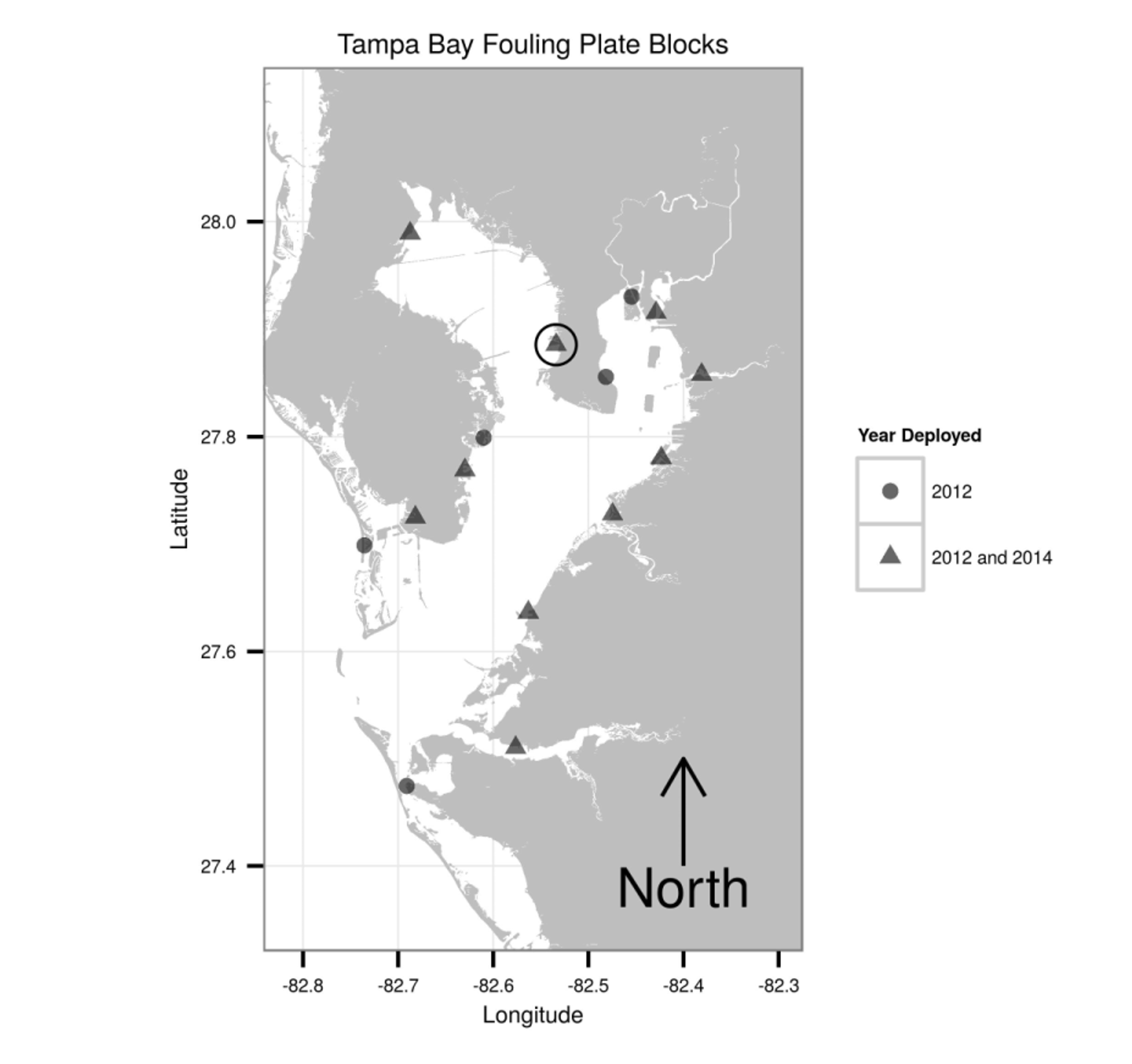 FIGURE 2. Map of Sites in Tampa Bay (Florida). The triangles are sites sampled in both 2012 and 2014, while the full circles were sampled only in 2012. The site indicated by the circled triangle shows where Branchiomma coheni was recorded.

FIGURE 2. Map of Sites in Tampa Bay (Florida). The triangles are sites sampled in both 2012 and 2014, while the full circles were sampled only in 2012. The site indicated by the circled triangle shows where Branchiomma coheni was recorded.