Diagnosis. Pseudophallus elcapitanensis differs from species of Pseudophallus from the Atlantic coastal drainages, P. brasiliensis , P. mindii and P. galadrielae in having all of the specimens with 14 trunk rings (vs. most usually with 13 trunk rings).

Body slender and cylindrical, transversal section of trunk heptagonal, with transition to quadrangular in tail at end of superior trunk ridge. Maximum depth of body of females and juveniles at middle of trunk; in males at region of the brood pouch. Body depth decreasing posteriorly along superior trunk ridge to minimum depth on caudal peduncle. Dorsal profile of head straight or slightly inclined on snout region, more inclined on orbital region and straight on posterior region, with two nuchal plates between occipital region and first trunk ring. Ventral profile of head straight.

Color in alcohol. Head and body ranging from a uniform light to dark brown, with small white punctuations. Dorsal-fin rays with scattered brown chromatophores, pectoral fin hyaline. Caudal fin with the same coloration of the body, sometimes varying in tone ( Figs. 2B View FIGURE 2 and 3B View FIGURE 3 ).

Remarks. Meek & Hildebrand (in Meek, 1914) provided a brief description of Siphostoma elcapitanense (sic) stating that the species would be further detailed in an upcoming account of fishes of Panama, a study that came out years later ( Meek & Hildebrand, 1923). In the original description, the type locality was stated as El Capitan, Panama. No catalogue number of lots was mentioned, but two specimens from Costa Rica were listed at the end of the description: one from Jesus Maria and another from Río Turrubales.

The species was described in more detail under a different genus, as Syngnathus elcapitanensis by Meek & Hildebrand (1923: 260), who also listed and illustrated a male specimen, from Río Mamoni , El Capitan, Panama, catalogued as USNM 81735 View Materials , as the type specimen. Those authors also mentioned that they had a total of 11 specimens, two males and nine females, from five different localities in Panama and that all, except one, originated in freshwater .

Ten of those specimens are currently deposited in the fish collections of the National Museum of Natural History, Smithsonian Institution (5 specimens, one in each lot of USNM 79687, 79689–90; 81375 and 108645) and the Field Museum of Natural History (5 specimens, one in each lot of FMNH 8290–8294). The last specimen of the 11 mentioned by Meek & Hildebrand (1923) originated in Chame Point, Panama, which according to those authors was not a locality from freshwater. According to Dawson (1982: 54) that is a specimen of Pseudophallus starksii that was misidentified by Meek & Hildebrand (1923).

All the 10 specimens listed above were collected by S. E. Meek and S. F. Hildebrand in March 1911 or February 1912, as part of the expedition Smithsonian Biological Survey of the Panama Canal Zone. Of those, only five specimens: USNM 79690, USNM 81735, USNM 108645, FMNH 8291 and FMNH 8292 were collected at Río Mamoni, El Capitan, the type locality of P. elcapitanensis . In the original description of the species, Meek & Hildebrand (in Meek, 1914) did not expressly indicate a holotype. Later, in addition to citing USNM 81735 as the type of the spe-cies, another specimen was indicated as a paratype ( Meek & Hildebrand, 1923: plate XIX b), which is currently catalogued as USNM 108645 and, according to the institution catalogue records, was removed from the lot USNM 81735. The specimens FMNH 8291 and 8292 seem to have originated from USNM 79690 and were also available to the authors when they established the nominal species (based on information on the labels inside the jars, mentioned above). Therefore, those are the five specimens that constitute the type series of the species (ICZN, 1999: Art. 72.4.1.1 and 73.2). Meek & Hildebrand´s (1923) citation of USNM 81735 as type, would therefore constitute a lectotype designation, an interpretation in line with that of Ferraris Jr. (2003: 591). The additional five specimens from Panama, (USNM 79687, 79689 and FMNH 8290, FMNH 8293 and FMNH 8294) and the two specimens from Costa Rica, listed at the end of the description of P. elcapitanensis by Meek & Hildebrand (in Meek, 1914) (FMNH 7901 and FMNH 7916) have been sometimes erroneously considered as paratypes (e.g. Grey, 1947; Ibarra & Stewart, 1987: 80). The two specimens from Costa Rica were identified by Dawson (1982) as Pseudophallus starksii , an identification confirmed in the present study. 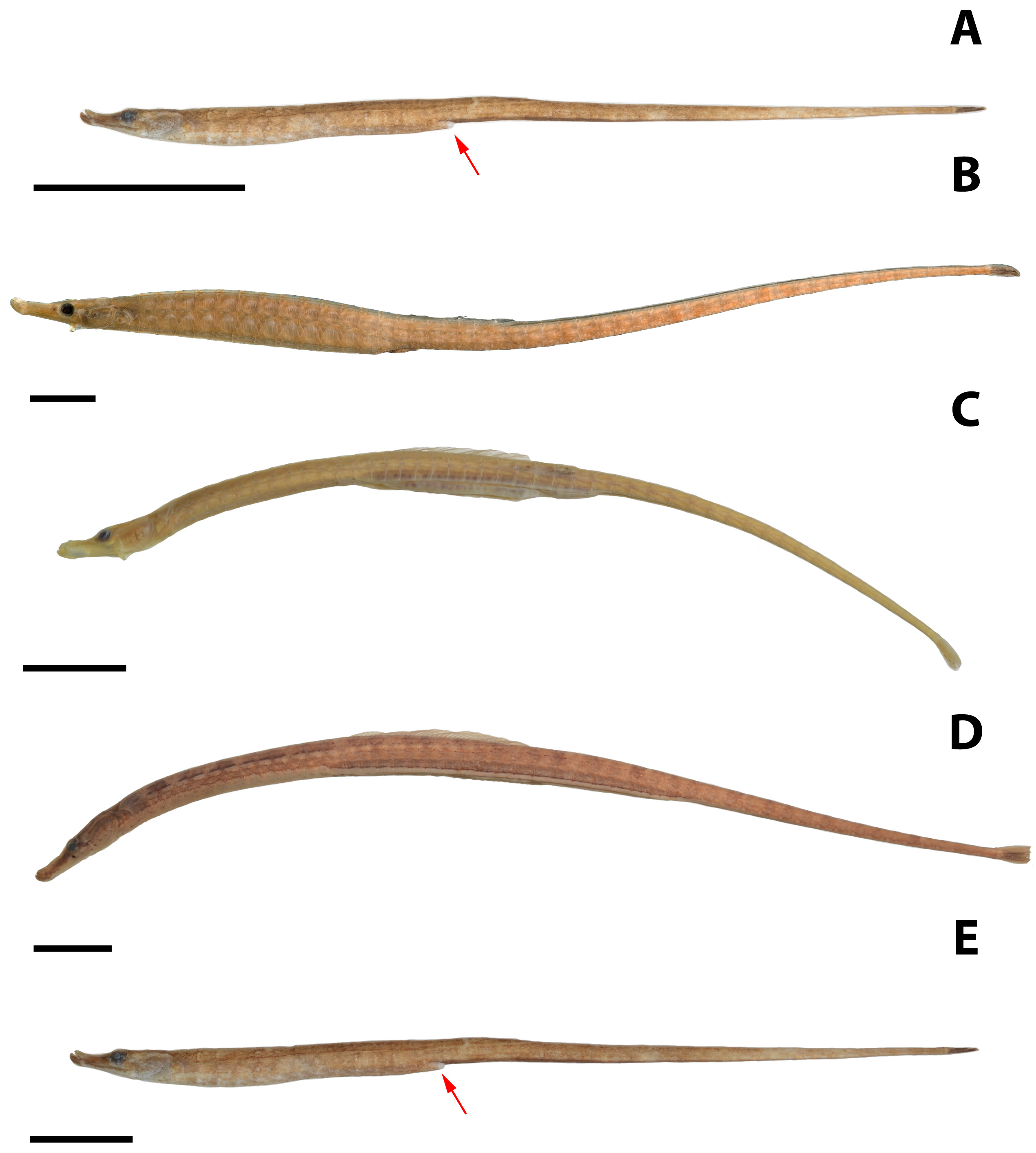 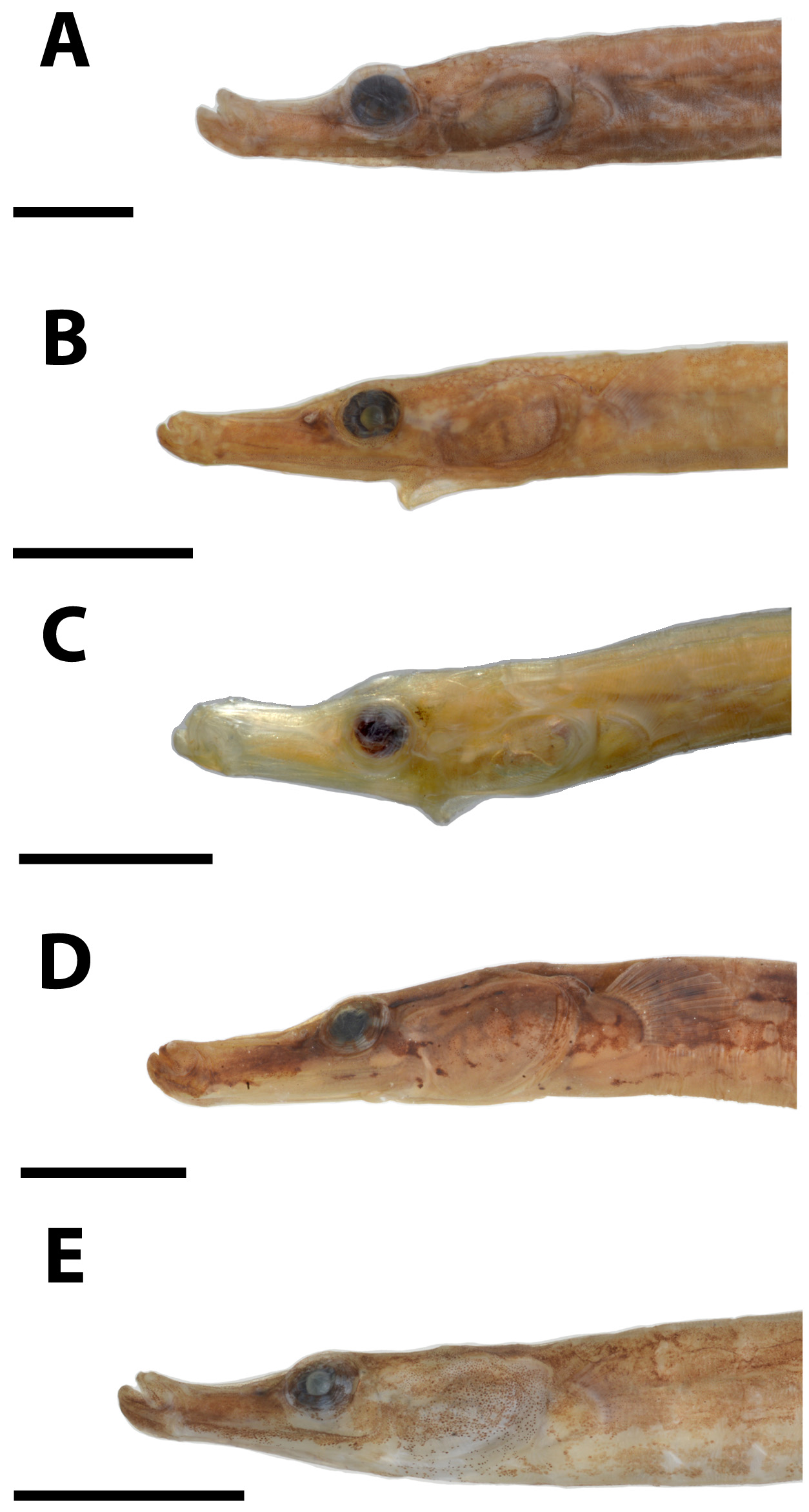 FIGURE 5. Distribution map of species of Pseudophallus occurring in drainages along the Pacific coast based on specimens examined in this study.