Aphaengaster boulderensis  was described by Smith (1941) based on a series of workers from Sentinel Island (as Horseshoe Island), Lake Mead, Nevada. It is a distinctive member of the North American ant fauna, being one of the few Aphaenogaster  species that lacks propodeal spines (the propodeal angle being rounded and with at most a pair of low ridges). It is also characterized by its relatively elongate head and mesosoma and yellowish-brown body color, with the gaster darker in some specimens.

The subspecies A. boulderensis smithi  was established by Greg (1949) for workers from the Valley of Fires (as the Malpais Lava Beds), near Carrizozo, New Mexico. Gregg noted it was different from typical A. boulderensis  in having a longer and more tapered head, a more elongate mesosoma with a shorter propodeum, and heavier sculpturing giving it a more opaque appearance when compared to A. boulderensis  . In addition, the propodeal angle has more noticeable ridges, it lacks a minute spine on the anteroventral surface of the petiole, and it is a richer red color with a uniformly black gaster (the black extending onto the postpetiole in some specimens).

Neither A. boulderensis  nor A. smithi  is frequently collected and Aphaenogaster smithi  has received little mention in the published literature since its description. However, the scanty material available provides little support for the separation of A. smithi  and A. boulderensis  . Of the characters used by Greg (1949), the shape of the head differs only slightly between specimens identified as belonging to these taxa ( Fig. 1View FIGURE 1), with A. smithi  specimens averaging slightly wider for a given head length when compared with A. boulderensis  specimens. Likewise, mesosoma length, propodeal structure, and sculpture all show considerable overlap, especially in smaller specimens. Gaster color has also been reported as being useful in segregating specimens into two forms. However, this color pattern appears to form an east-west cline, with western populations (Arizona, Nevada) having the gaster similar in color to the mesosoma while more eastern specimens (Arizona, New Mexico, Texas, Chihuahua) have the gaster much darker red-black. Given the limited evidence, we believe these two morphs are most probably representatives of a single taxon, with western populations having a slightly narrower head and paler gaster while eastern forms have a slightly broader head and darker gaster. A. smithi  is thus best regarded as a synonym of A. boulderensis  . 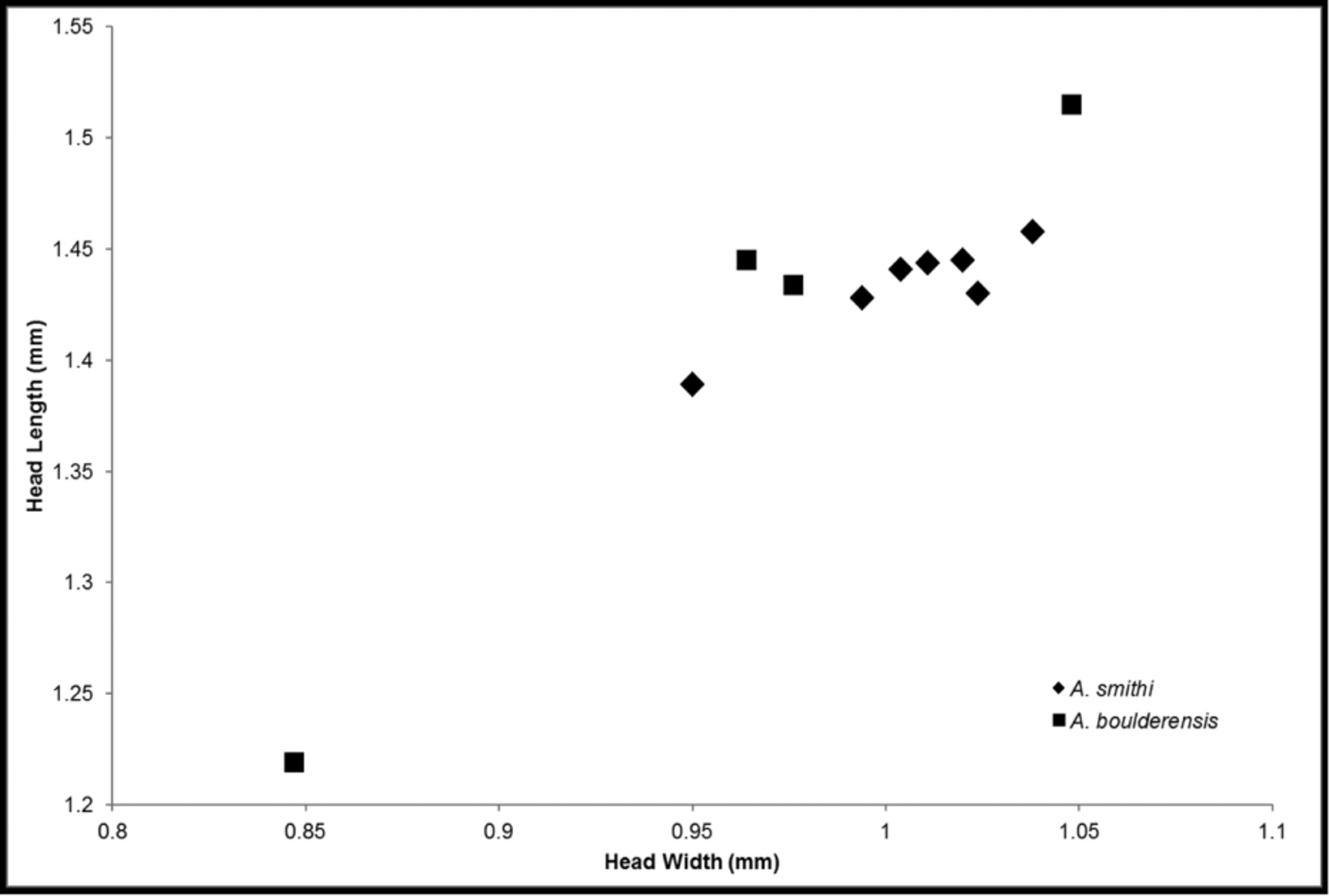 FIGURE 1. Head length versus head width (in mm) for specimens identified as A. boulderensis and A. smithi.