Ossó, Àlex, 2017, New records of Palaeocorystoidea from the Iberian Peninsula and remarks on the taxonomic significance of the posterior margin of Cenomanocarcinus Van Straelen, 1936 and Hasaracancer Jux, 1971 (Decapoda; Brachyura; Cenomanocarcinidae), Zootaxa 4303 (2), pp. 273-283 : 275-276

Material examined and measurements (in mm). One incomplete specimen embedded within siliciclastic matrix, MGB 78174: width (from the basis of epibranchial spine) = 50 (25x2).

Remarks. The general appearance of the Traiguera specimen of Cenomanocarcinus , falls into the first morphological group reported by Ossó et al. (2015: 241) by its coarse and parallel branchial ridges. In particular, it recalls in many aspects his coeval C. cantabricus from the Albian of Cantabria ( Spain) and the Cenomanian C. boedekeri from the Cenomanian of Texas (USA), in having coarse axial and branchial ridges, presence of a postepibranchial tooth, similar pattern of epibranchial ridge and possibly a long epibranchial tooth. Nevertheless, the Traiguera specimen is incompletely preserved and lacks diagnostic characters such as: fronto-orbital, anterolateral, and posterior margins. The absence of those features impedes a specific assignation of this specimen or if it had been the case, the proposal of a new species for it. 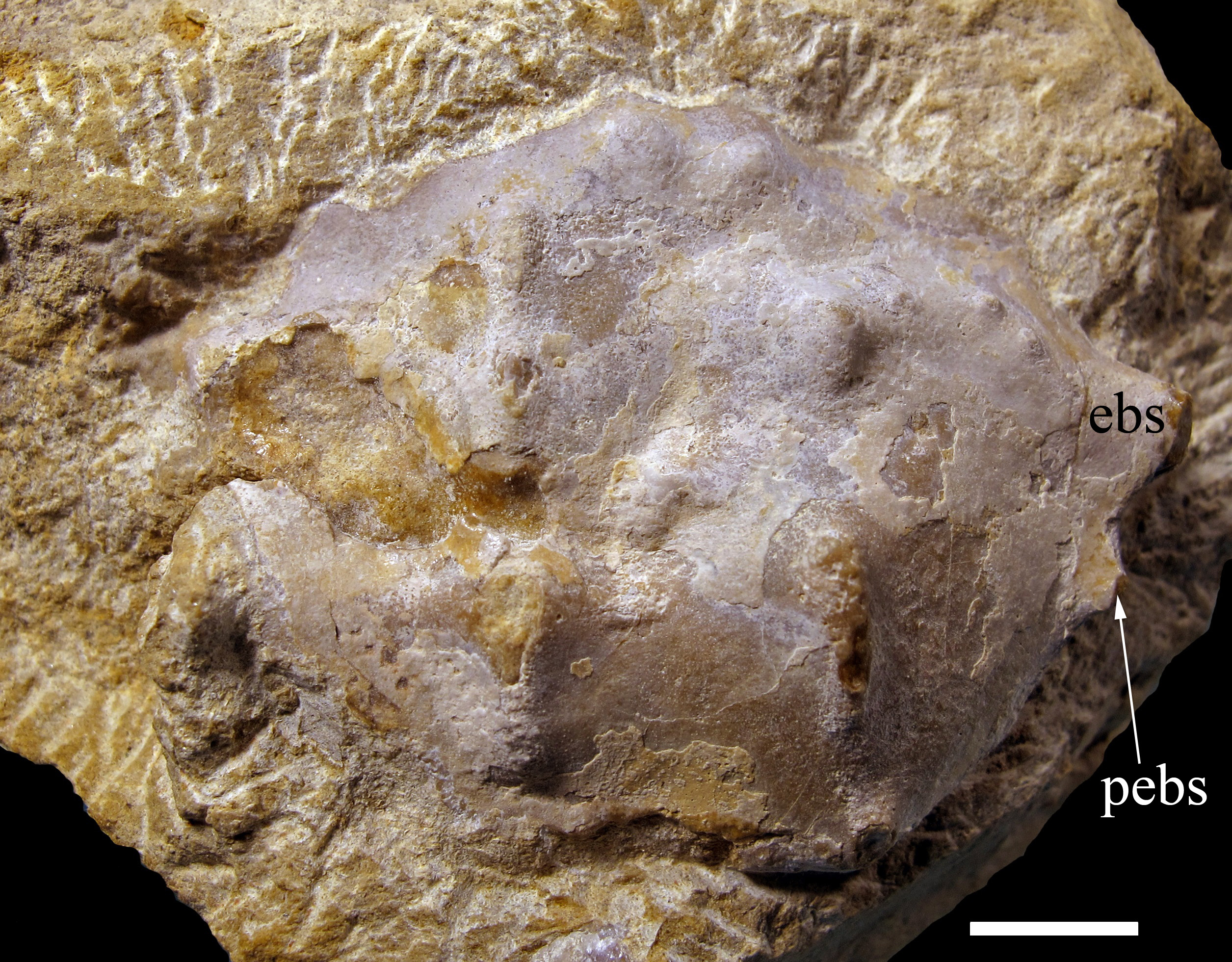