Diagnosis. As for the genus as it is the only included species. In addition: cell C 1 very long, closed with apical line veinlet ir; cell C 3 little shorter than cell C 5.

Etymology. Specific epithet is derived from proto-Celtic word cores ‘siro’ - long and ‘phatano’–wing, and refers to the length of tegmen. 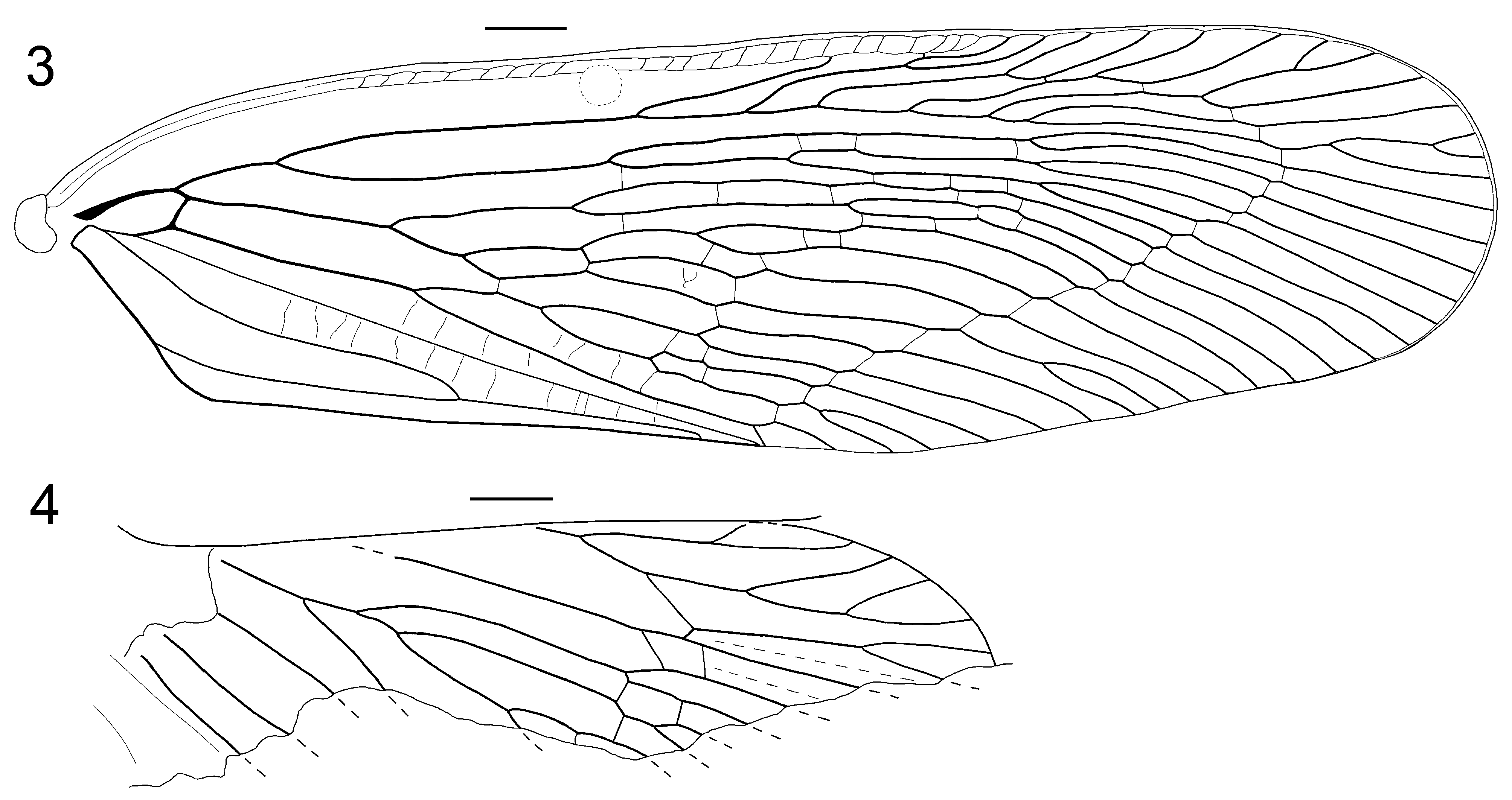 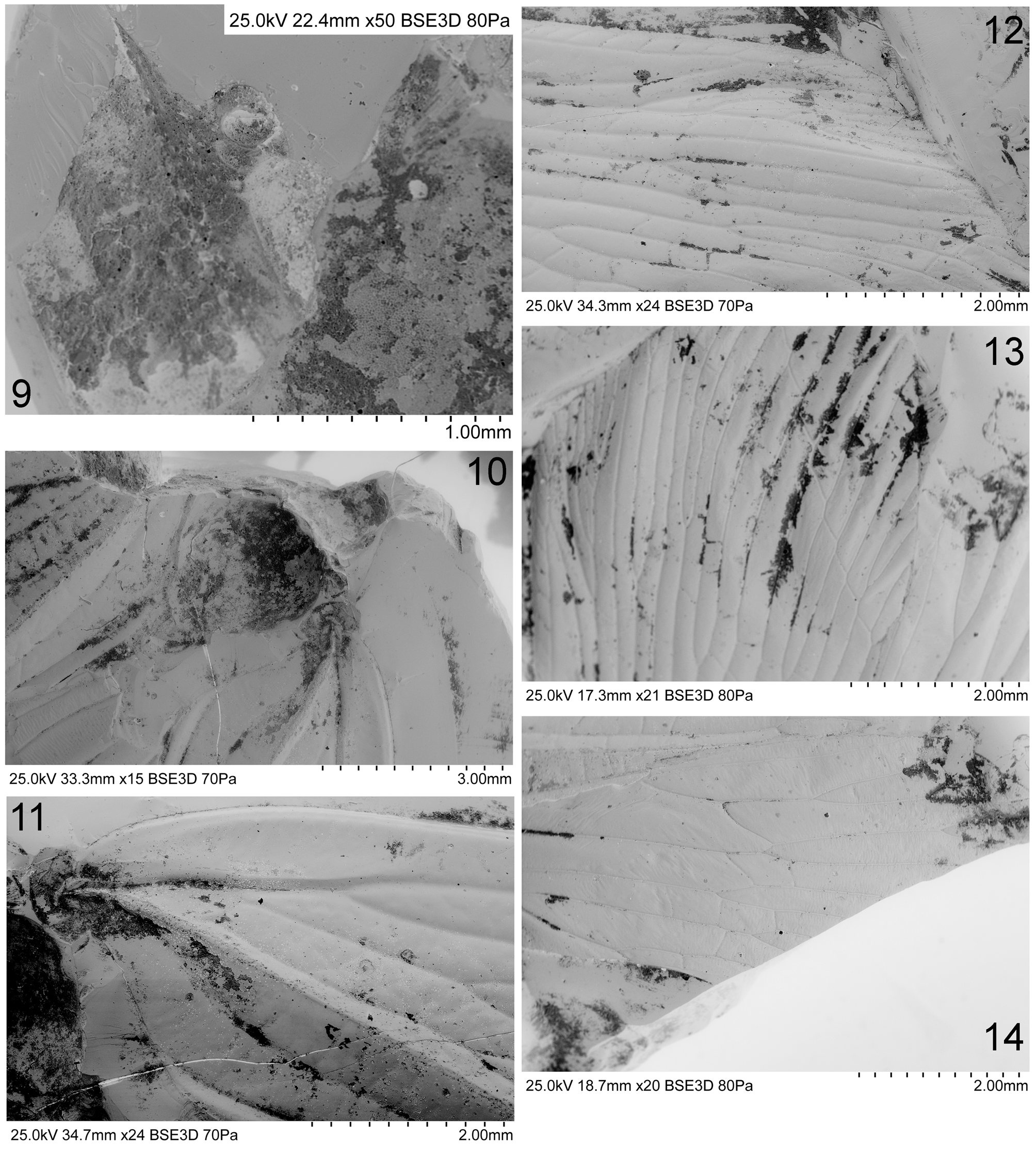