Diagnosis: In the Galápagos this species ( Figs 51, 52View Figs 49 - 56) is most similar to Omiodes indicata (Fabricius)  ( Figs 41, 42View Figs 41 - 48), based on size and mostly orange colouration. Generally around 17 mm in wingspan, S. haemorrhoidalis  can be recognized from O. indicata  in the forewing by the thinner, less contrasting dash in the cell, the absence of a smaller spot anteriorly in the same cell, and the usually straight submedian line without a separate subcostal dash in the hindwing. In addition, the male abdomen of S. haemorrhoidalis  has apical white and black patches on the last and penultimate segments dorsally, whereas the male (and female) abdomen of O. indicata  apically is without any contrasting markings.

Biology: The known host plants of the larva are in family Verbenaceae  and genus Lantana  , especially L. camara  L. ( Robinson et al., 2014). Lantana camara  is a perennial, invasive shrub present in the Galápagos along with the endemic Lantana peduncularis Andersson (Jaramillo Diaz & Guézou, 2015)  . Specimens available from the Galápagos were collected in various habitats located between 169 and 329 m in elevation, in February and April.

Distribution: Based on BMNH specimens and Patterson et al. (2015) this species described from Brazil is present from the southern US States of Alabama, Florida and Texas, through the Antilles, Central and South America at least to Brazil in the south. It is also distributed widely elsewhere around the world in tropical and subtropical locales ( BMNH specimens; De Prins & De Prins, 2015; Robinson et al., 2014; Shaffer et al., 1996). In the Galápagos specimens collected are from Floreana, San Cristóbal, and Santa Cruz.

Salbia haemorrhoidalis  was introduced to Hawaii for the control of lantana  and it quickly became established ( Munroe, 1989). 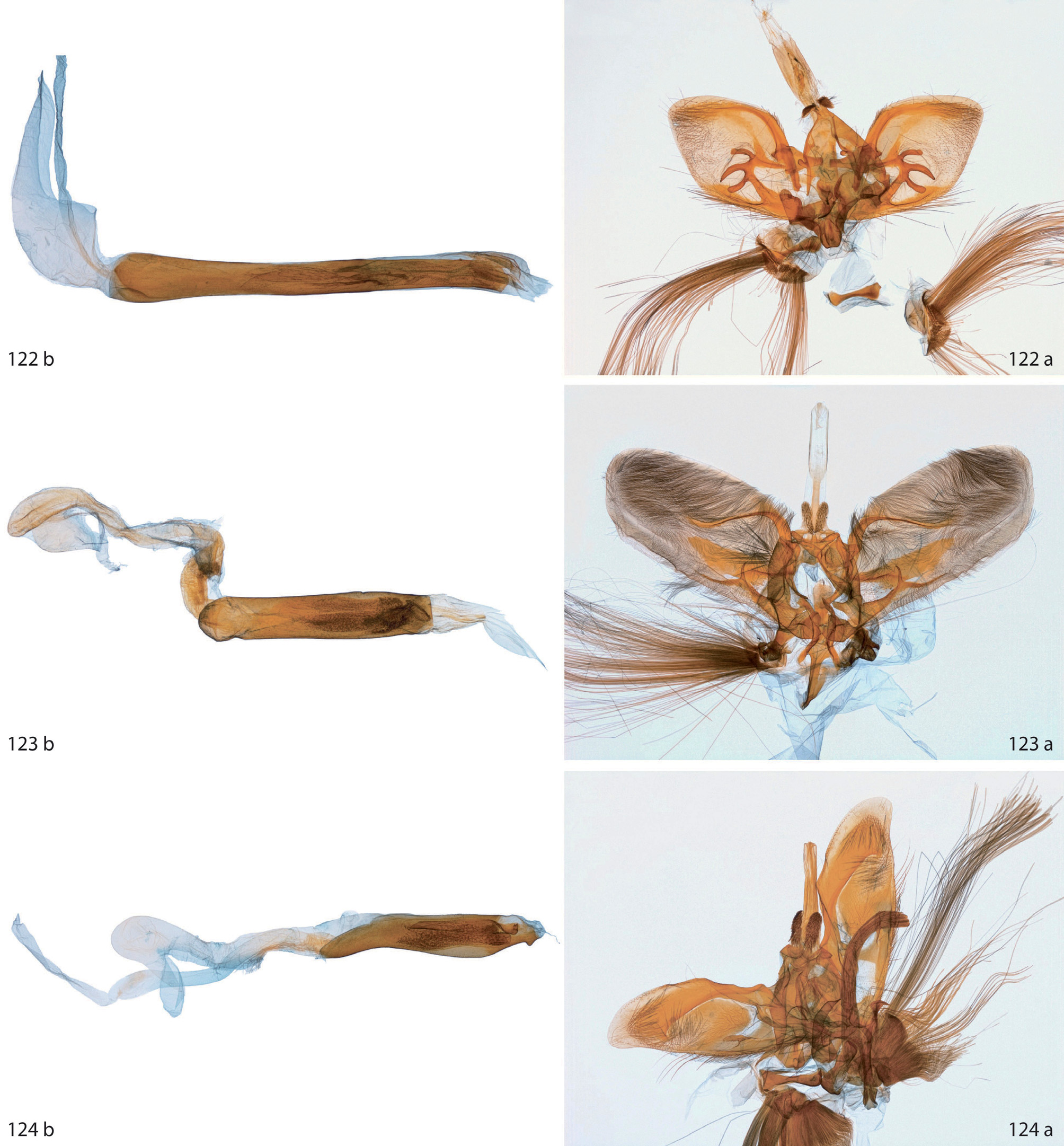