Diagnosis: The almost black forewing ground colour with the only markings as fine antemedian and median pure white fasciae and an orange patch submarginally near the tornus will separate this species ( Figs 29, 30View Figs 25 - 32) from all others of the genus. It is similar to L. triangulalis Möschler  [see Hayden et al. (2013)] and L. serpulalis Lederer  in the presence of orange scaling submarginally near the forewing tornus, although only as a small orange line, and several white contrasting markings such as a wide median fascia and a double postmedian line in the radial and median sectors. Lineodes vulcanalis  is also similar to Atomopteryx coelodactyla (Zeller, 1863)  described from Venezuela, but this species is larger (holotype: 15 mm in forewing length) and the hindwing is paler toward the base and at least with an inverted, darker crescent at the end of the cell, and sometimes an indication of a subterminal line.

Etymology: The epithet refers to the dark colour of the holotype and to the volcanic nature of the Galápagos archipelago.

Biology: Unknown except for the collecting months, i.e. June and November.

Distribution: Endemic to the Galápagos and found so far only on Santa Cruz and Isabela.

Remark: The female paratype specimen possibly belongs to another species as it is from a different island of the archipelago than the male holotype, but the forewing markings do match very well. 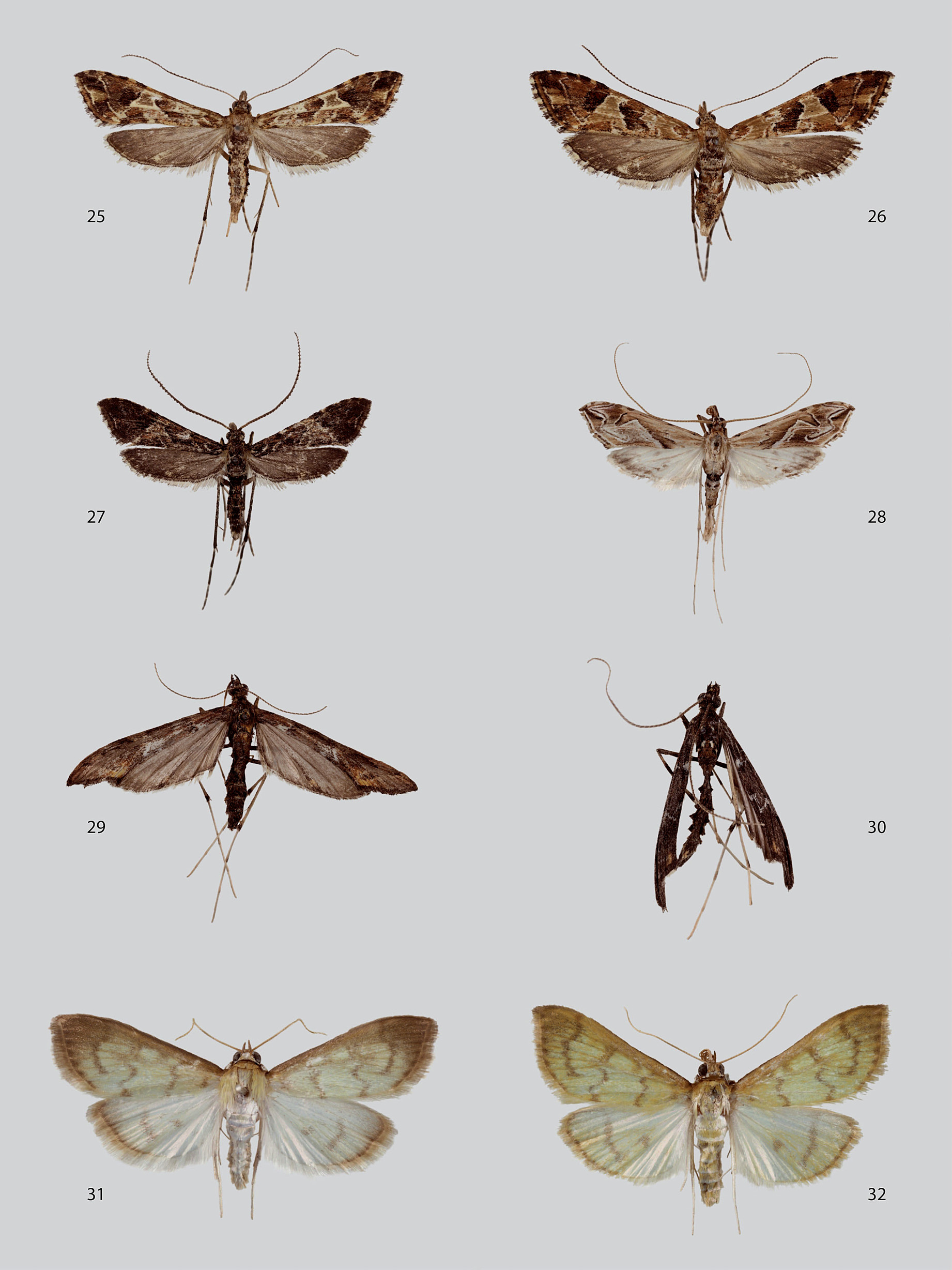 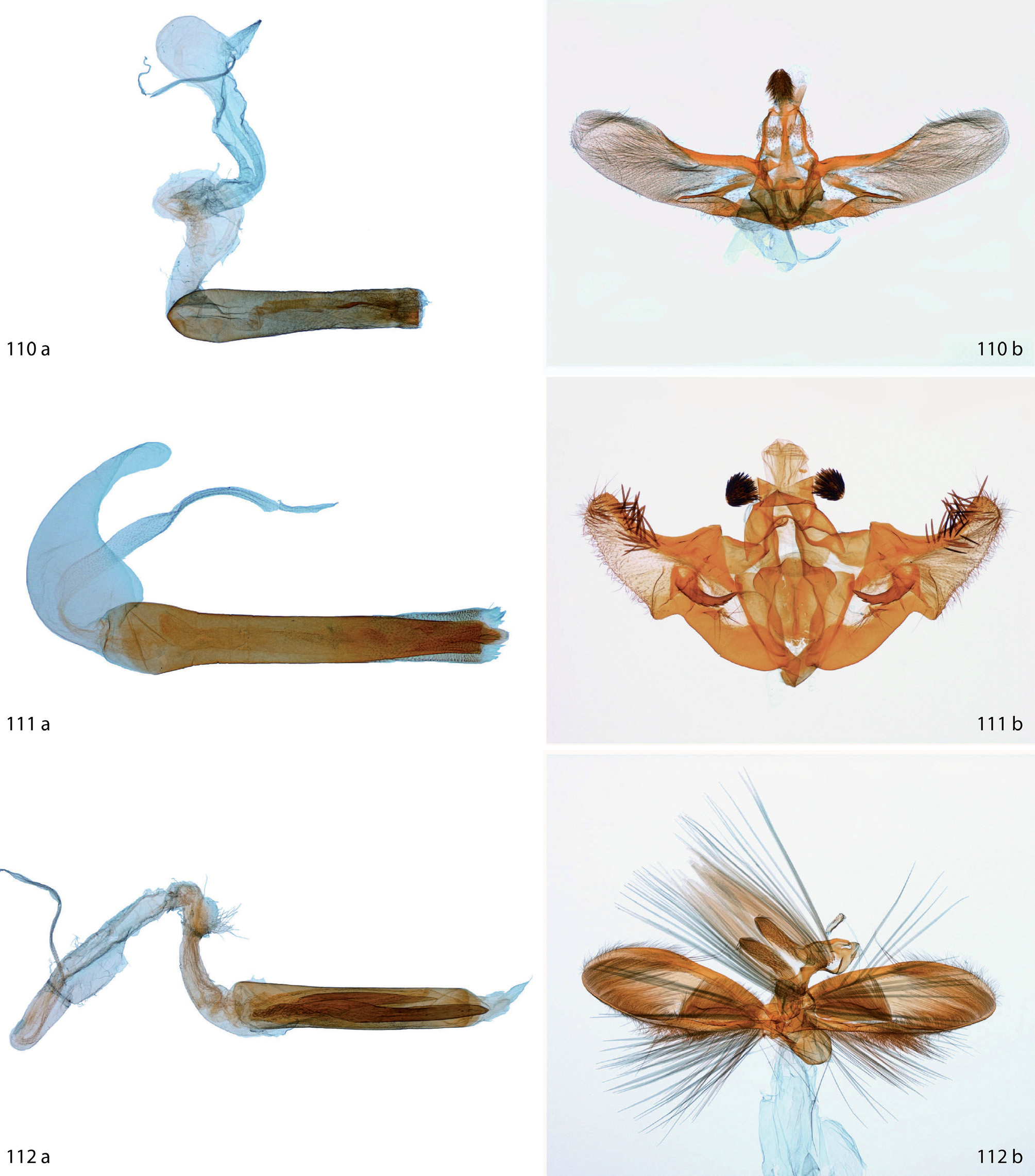 Figs 110 - 112. Male genitalia of Galápagos Spilomelinae, a and b from same slides, but not to scale, (a) showing the genitalia without phallus and (b), the phallus. (110) Lineodes vulcanalis holotype, BMNH ©, the Trustees of the Natural History Museum, London. (111) Loxomorpha cambogialis: slide MHNG-ENTO- 6588, San Cristóbal. (112) Marasmia trapezalis: slide MHNG-ENTO- 9005, Santa Cruz. 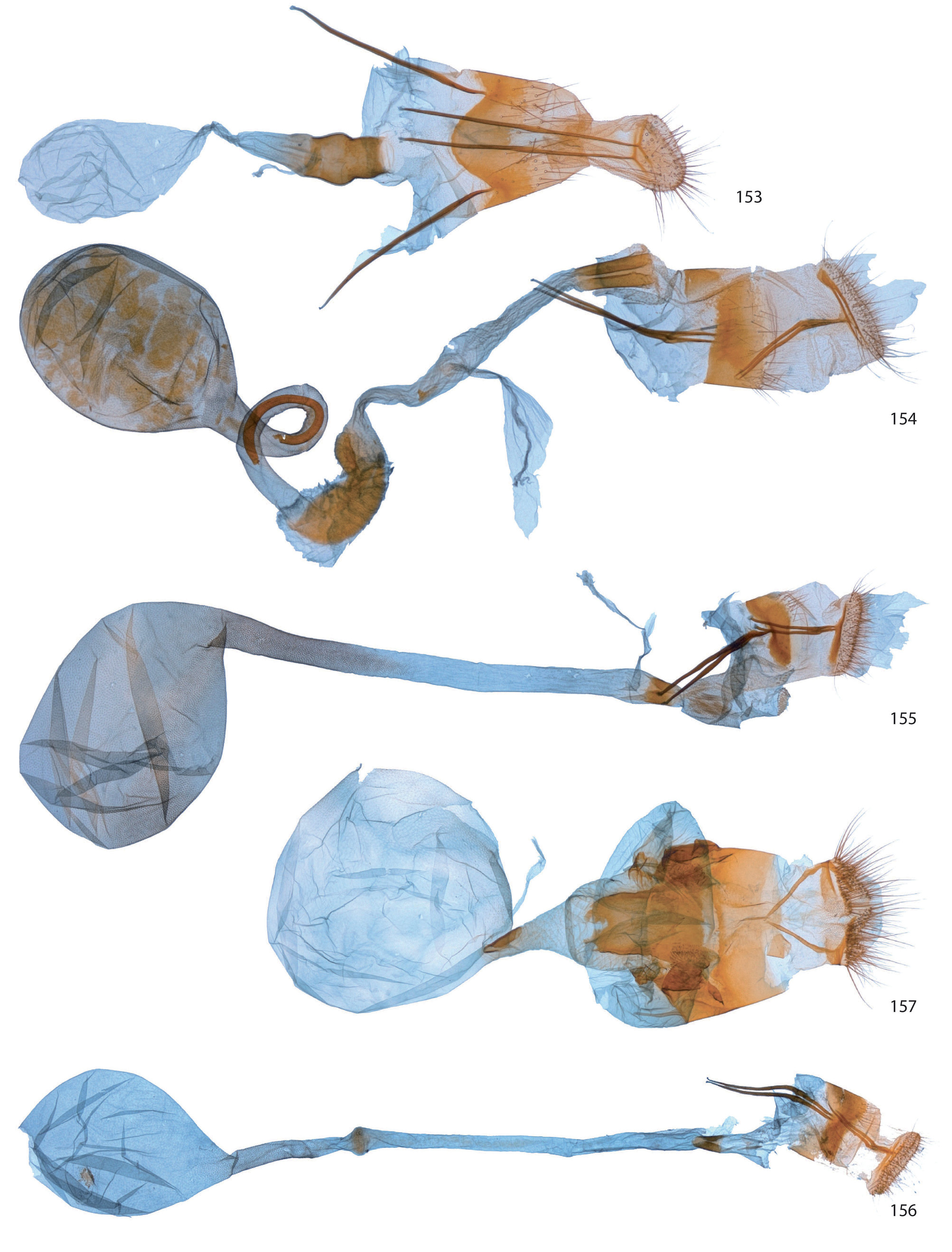