Holotype: ♂, not dissected, with abdomen in gelatine capsule ( BMNH).

Diagnosis: The forewing colour, markings and narrowness ( Fig. 1View Figs 1 - 8) will readily separate this species from any other in the Galápagos. The wingspan of the Galápagos specimens is between 32 to 33.5 mm. There are 13 other species in the genus, some of which look similar to. designalis, but only one,. transiens Munroe, described from Bolivia, occurs in South America. However, this species is larger (holotype male 39 mm), its forewing costal and basal areas are purplish grey, the forewing reniform and orbicular spots are fully developed, and in male genitalia the uncus is more strongly developed than in. designalis and other species, the valva is broadly rounded, and the tegumen lacks the paired posterolateral processes. The female of. transiens is unknown. With an average of 30 mm in wingspan Agathodes monstralis Guenée  , found in the southern USA, Mexico and Central America is slightly smaller than. designalis, its hindwing dorsally differs in the colouration, uniformly pale brown and slightly pinkish toward apex, and the males lack the enlargement at the base of the antennae [see Sourakov et al. (2016) for more details].

Biology: Known host plants are mostly in the Fabaceae  , especially genus Erythrina ( Robinson et al., 2014)  . In the Galápagos the species has been found in highly anthropized habitats (e.g. farms on Santa Cruz) to pristine ones (e.g. on Fernandina) ranging from almost sea level (20 m elevation) to the crater rim at 1341 m in elevation on Fernandina and collecting dates are in February to April.

Distribution: Described from Brazil, this species is found from Central America south to Argentina ( Sourakov et al., 2016)  . In the Galápagos it has only been found so far on the four islands mentioned above, but it undoubtedly occurs more widely.

Remarks: Sourakov et al. (2016) showed that Agathodes designalis  and. monstralis Guenée are separate species. Thus, host plant records in the literature (e.g. Robinson et al., 2014) may apply to either one in the zone of contact in Central America. 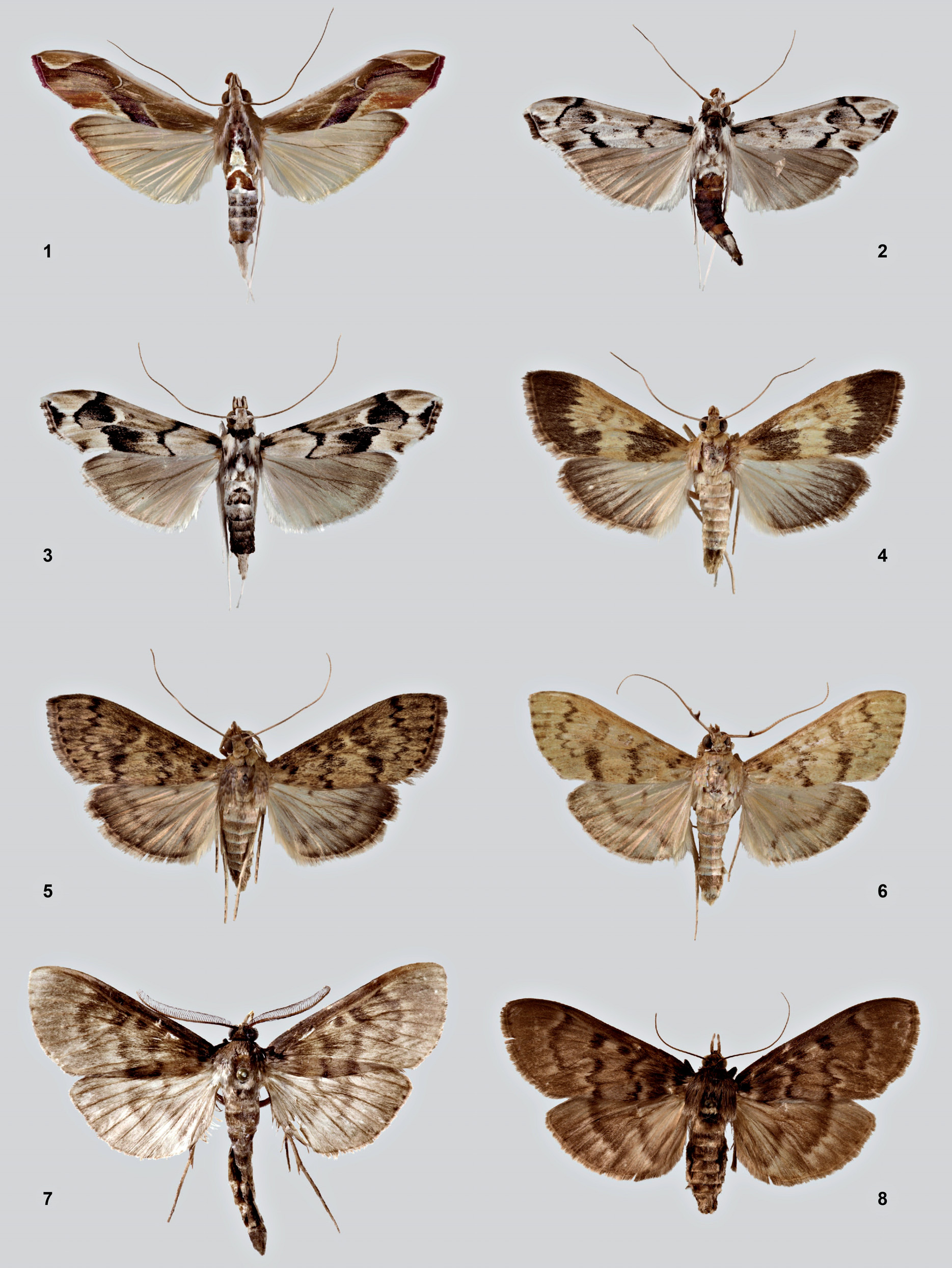 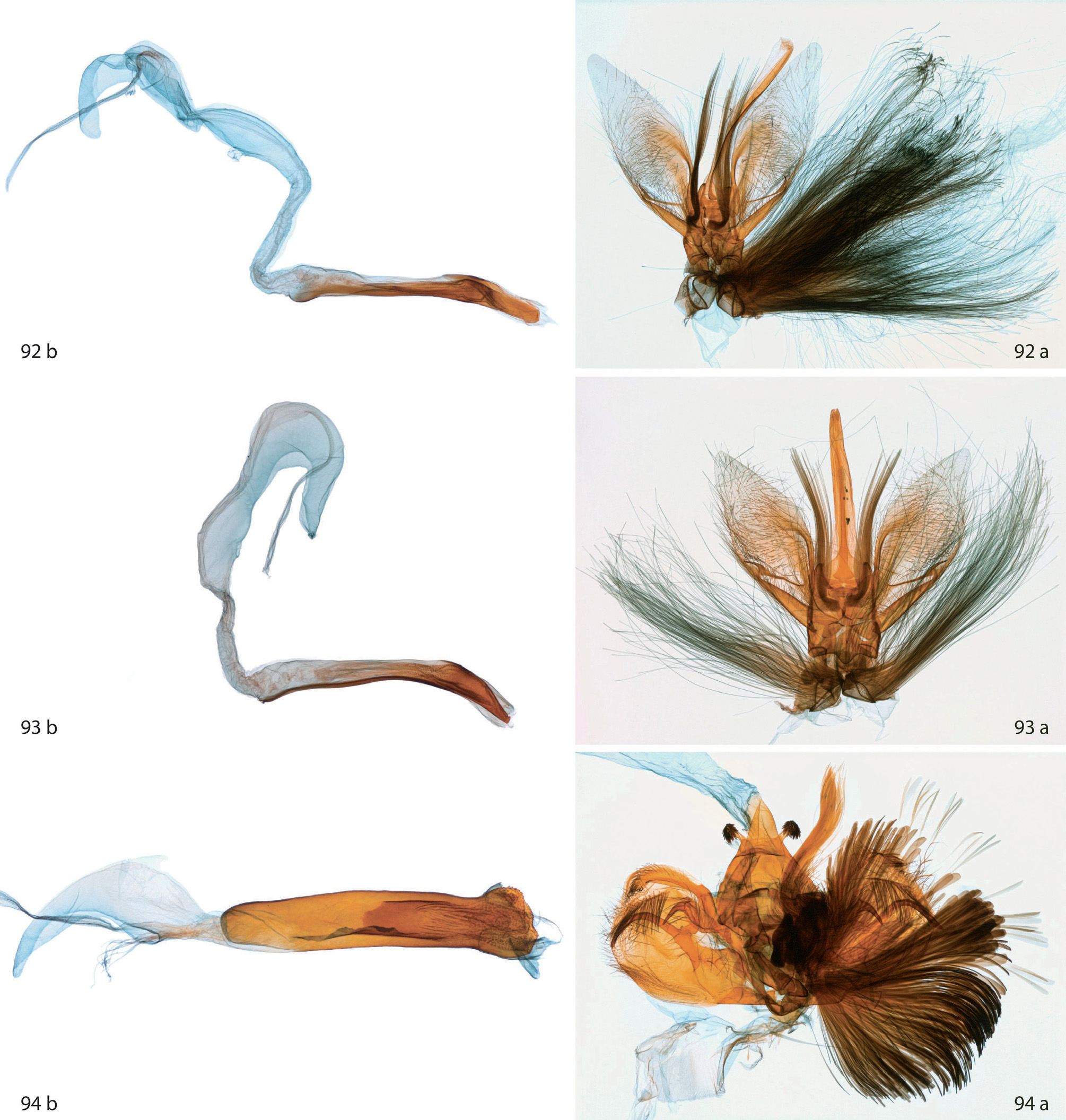 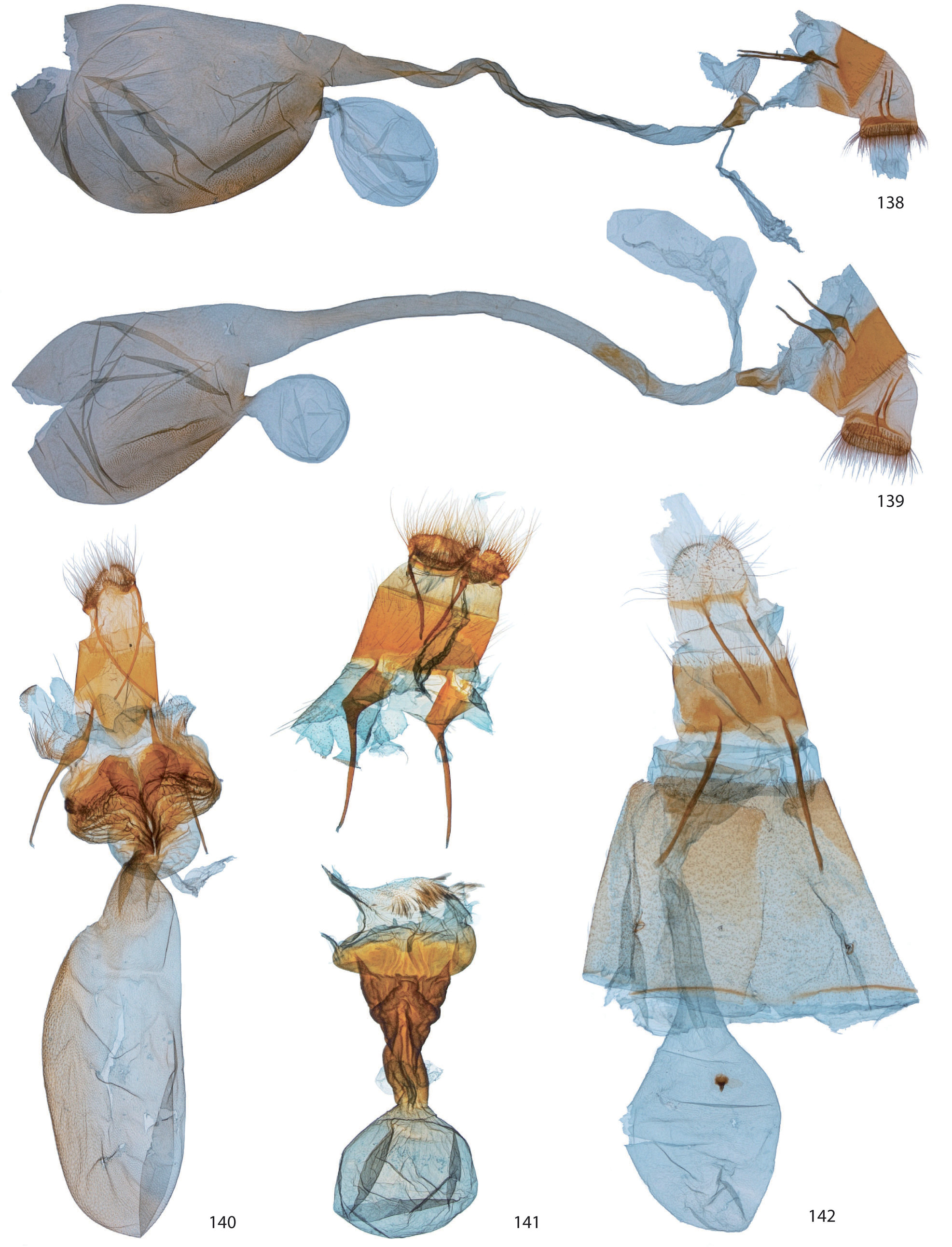