Diagnosis: This large species (wingspan: 25-39 mm) will separate easily from other species of Spilomelinae in the Galápagos by virtue of the narrow brown forewing with an oblique brown band from the middle of the dorsum and reaching Sc+R1 before the middle of the costa, preceded below Sc+R1 by a low, dark brown to black triangle ( Figs 67, 68View Figs 65 - 72). The costal margin of the broad, mostly white hindwing is distinctly sinuate, broadly concave just beyond middle.

Biology: Most reports of larval host plant are from Erythrina  species ( Fabaceae  ) ( Robinson et al., 2014). Sourakov (2013) mentions that adult size depends on the generation and diet of the caterpillars. He states: ‘For instance, in Florida, the spring generation that feeds on seeds was shown to be larger than the summer and fall generations that feed inside the stem.’ Stemfeeding larvae produce a characteristic dying-off of the tip of the plant. The caterpillar is mostly pale, cream coloured with a darker prothoracic shield and dark brown to black head. Pupation occurs in a loose doublelayered cocoon as in Agathodes designalis  . Egg laying behaviour is unknown. In the Galápagos specimens have been collected from sea level to 500 m in elevation from all months of the year except May and December. Six species of Erythrina  occur on the Galápagos, all of which have been introduced for their ornamental value except Erythrina velutina Willd.  , which is considered native on the archipelago (Jaramillo Díaz & Guézou, 2015).

Distribution: From specimens in the BMNH and MHNG this species is found in Haiti (type locality), Jamaica, Santo Domingo, Mexico, Costa Rica, Guatemala, Honduras, Brazil, Ecuador, Peru, and Argentina. It is also found in the Nearctic region [southern US States ( Patterson et al., 2015, Sourakov et al., 2016)]. On the Galápagos this species has been found so far only on the islands of ‘Daphne’, Pinta, Santa Cruz, and Santiago.

Remarks: The dissected female holotype in the BMNH was examined to identify the Galápagos specimens. The Daphne  island record is from a CDRS notebook note pertaining to a CDRS specimen labelled ‘78’. This note also mentions Media luna and the CDRS on Santa Cruz, as well as collecting months, but which Daphne  island, either Minor or Major, is not specified. As shown by the habitus illustrations ( Figs 67, 68View Figs 65 - 72), the colour is variable and some specimens have a warmer, chestnut brown pattern. Based on recent work by Sourakov et al. (2016), Terastia meticulosalis  can no longer be considered a pantropical species, specimens from Asia and Africa representing different species. 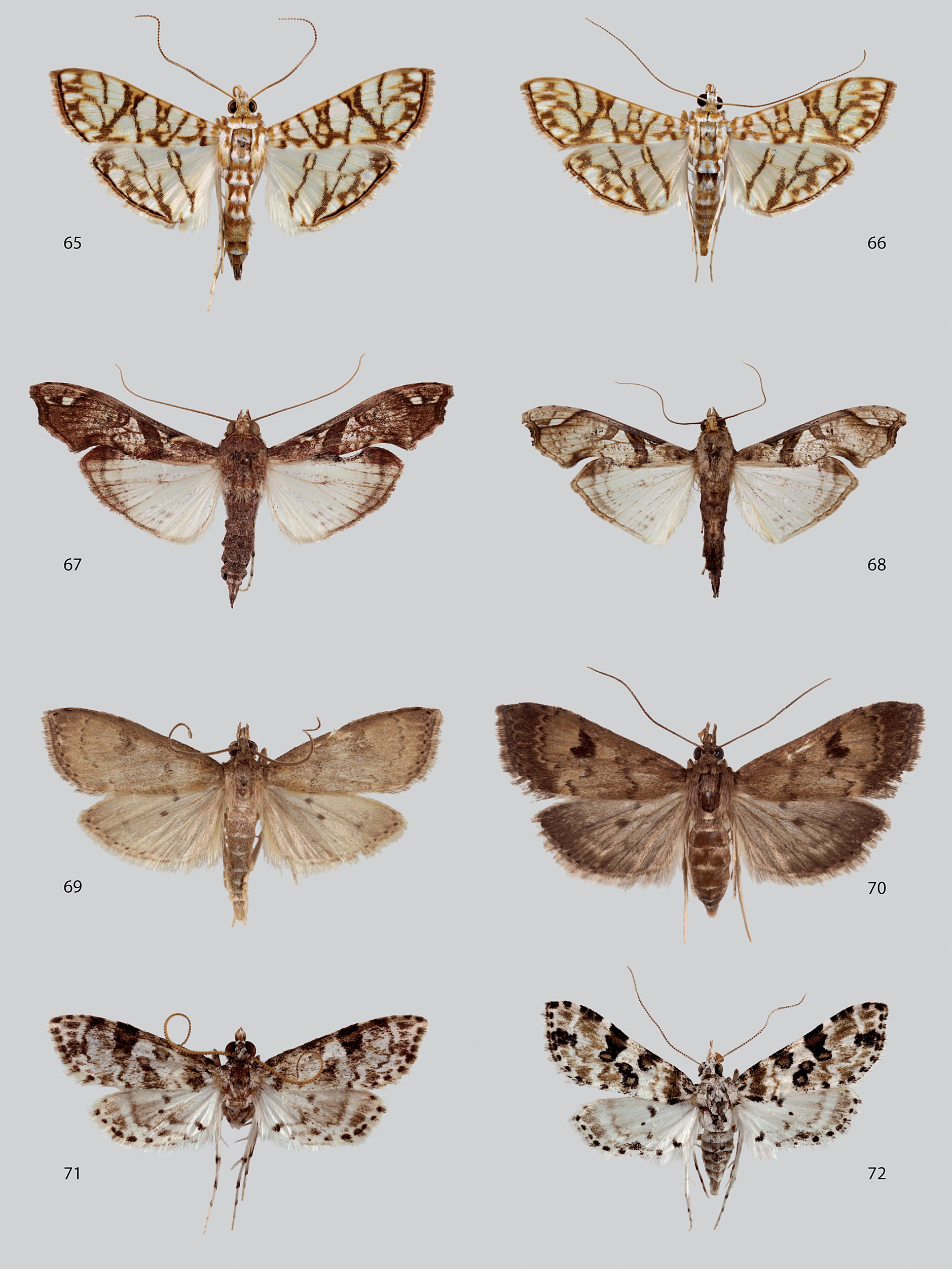 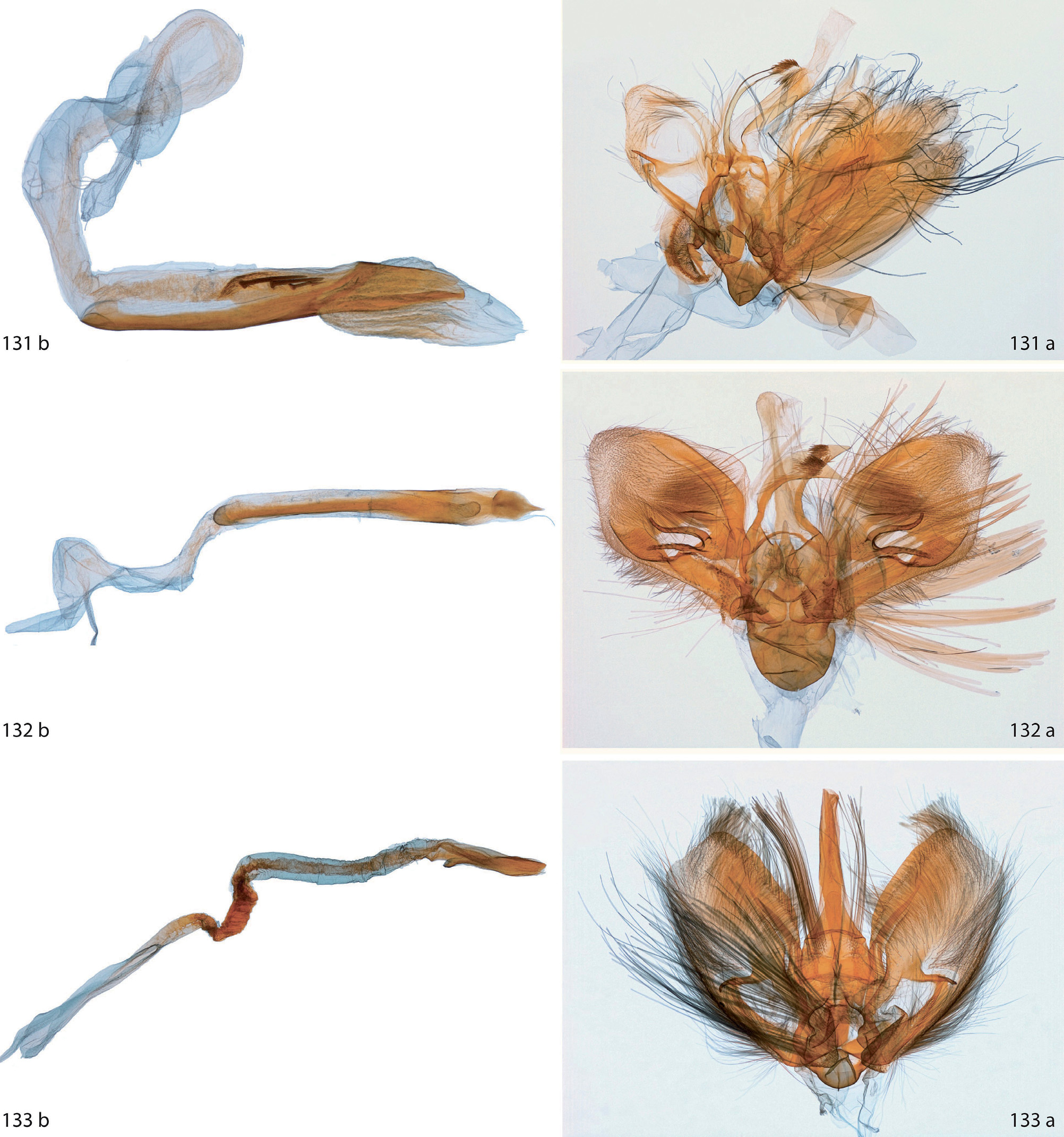 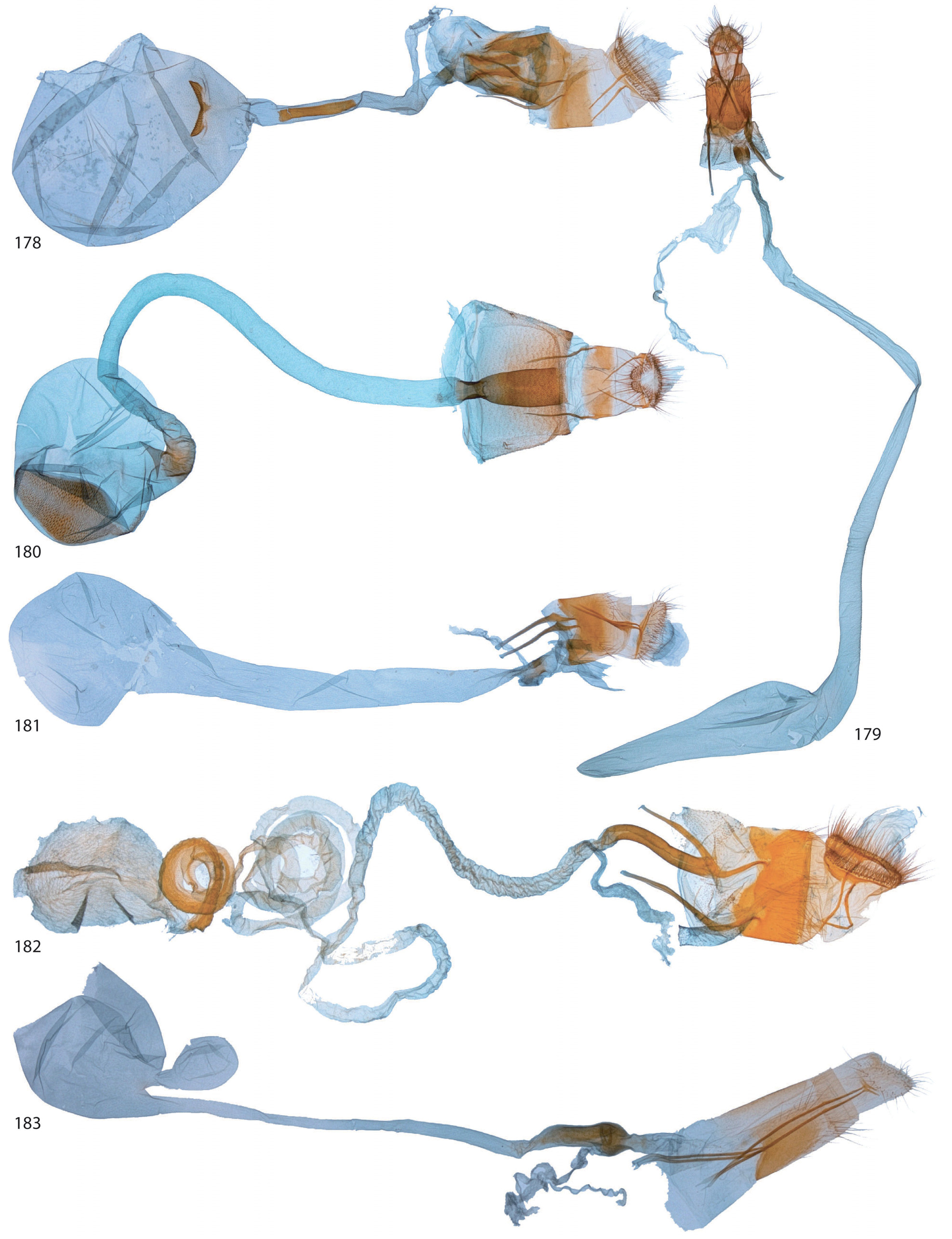