Diagnosis: This new species differs conspicuously from either Sisyracera subulalis ( Guenée, 1854)  or S. inabsconsalis (Möschler)  ( Figs 59, 60View Figs 57 - 64) in that the fore- and especially the hindwing patterns are much less strongly contrasting, especially in the males ( Fig. 62View Figs 57 - 64). In S. subulalis  the forewing has a wide brown band from about 4/5 on costa to the tornus, segregating a small paler triangle at apex, and the hindwing has a large concolourous brown apical patch.

Etymology: I take pleasure in naming this species after Jacqueline Studer, dearest of friends.

Male genitalia (n=3) ( Fig. 129View Figs 128 - 130). Uncus lightly sclerotized, of medium size, fused with tegumen, with long setae about as long as uncus along lateral margins, but mostly at apex dorsally and on apical margin, with one seta dorsomedially near base, narrower apical section dorsoventrally flattened and slightly bent. Subscaphium lightly sclerotized, about as wide as apical section of uncus and reaching its tip. Tegumen short, forming complete cover, lightly sclerotized, simple (without sclerotized support bands), bare at base medially, basal margin slightly rounded. Without apparent gnathos or pseudognathos. Transtilla arms triangular, narrow, not connected medially. Valva simple, without fibula or other modifications medially, slightly curving upward, apex about half width of base, apically rounded. Juxta small, well sclerotized, ovoid with lateral margins slightly concave, with rounded ventral keel about as long as half width of juxta. Vinculum thickly sclerotized, narrow; saccus a narrow expansion directed anterodorsally. Phallus mostly straight, with distinct coecum penis about 1/10 length of whole shaft and directed upward slightly, dorsally membranous until 3/5 of length; vesica without cornuti but with a few scobinations and a large number of minute spinules.

Biology: Unknown except for the moth’s attraction to light, perhaps more so in the females, if the difference observed in the sexes of the specimens collected is significant in that respect. Also, apart from one specimen collected near Tagus Cove on Isabela, all others were found at higher elevations, at 815 m on Fernandina, at 360 m (Corazon Verde) and up to 1240 m on Isabela, at 372 m and above on Pinta, at about 720 m (Los Gemelos) on Santa Cruz, and at 520 and 700 m on Santiago. Collecting months are March until May and November and December.

Distribution: Endemic to the Galápagos, specimens have been found on five of the larger islands as mentioned above.

Remarks: James Hayden (pers. comm.) suggested the placement of this species in Sisyracera  as follows: ‘The genitalia have the characters that I associate with it: no gnathos, tapered uncus without robust chaetae, attenuate, broad-based valvae without fibula or other processes, female without signum or other sclerotizations. The palpi are kind of pyraustiform with a short, porrect apical meron. It also has the same antennal tuft! The tympanal pockets are a little more shallow than my dissections. The wing pattern is more like Udea  , etc. than the spider-webby pattern of typical Sisyracera  , but I think it is plesiomorphic in your species.’ In the forewing pattern also, some of the female specimens (26 out of 35, but not specimen illustrated on Fig. 61View Figs 57 - 64) harbour a median, white spot circled brown and usually with a brown spot in the middle, in the same position as that of S. inabsconsalis  . 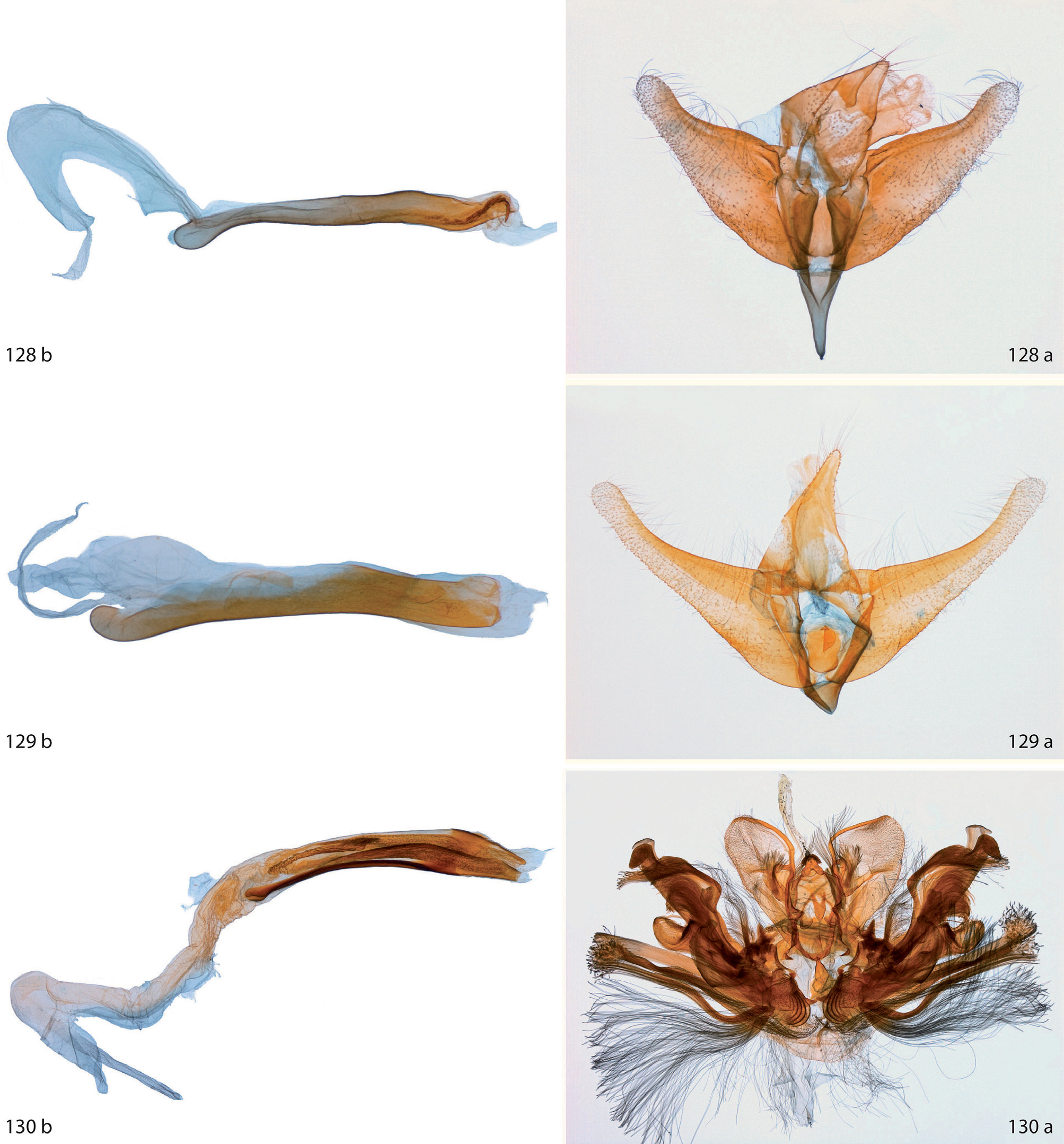