Description of the holotype. Forewing length: 18 mm. Antenna: 8 mm. Approximately half of the forewing is deep iridescent blue, covering most of spaces 2 dA, Cu 2 and the discoidal cell, slightly less in spaces Cu 1, M 3 and M 2. The blue area broadens evenly on its outer margin from vein 2 dA. The outer margin of the blue patch is broken up by strong black scaling along veins 2 dA, Cu 2, Cu 1, M 3, forming lobes or “fingers” of blue, with rather narrow but rounded tips. The depth of these lobes reaches 2 mm along veins Cu 2, Cu 1 and M 3, while it is visibly shallower along vein 2 dA. The forewing apex is narrow, rather acute. The length of the swollen section of vein 2 dA is longer than half of the vein, 8.5 mm on the holotype. The hindwing upperside is mostly shiny deep blue, leaving only spaces M 1, R s and Sc+R 1 without blue scaling. The hindwing has a 1 mm black margin, broadening to a black triangular area of 2.5 mm in space M 2. The underside is dirty white, with a very fine grey marginal line on both wings and an almost invisible shade of a zigzagging submarginal line on the forewing, which is characteristic of the Geritola  pattern.

Genitalia. The general appearance of the genitalia is similar to other Geritola  . The uncus is blunt, hood-like, without any projections. It is densely covered with fine hairs. The valvae are uniformly broad with even, gently curving edges; they are also without any projections, apart from a prolonged lobe on the tips, which taper downwards. The tip of the lobe is evenly rounded. The aedeagus has a narrow spear-like tip, it broadens significantly towards the middle-section, gently curving on the dorsal side, but rather flatter on the ventral side. It narrows down again, sharply towards its opposite (basal) end, with a very characteristic undulating edge on the ventral side, which ends in a hook-like tooth.

Discussion. The holotype of G. pacifica  was found in Liberia’s Gola National Forest on a hilltop, where many other Epitolini were also recorded. The second male specimen was captured in Sapo National Park in Eastern Liberia. Both Sapo and Gola are typical representatives of the hyper-wet lowland forest of the Liberian sub-region (between Eastern Ivory Coast and Central Sierra Leone), which is of high conservation importance. G. pacifica  and its allopatric sister species G. nitidica  are typical examples where a species group known from Central Africa, but not previously recorded from west of the Cross River area of Eastern Nigeria is represented by a distinct species in the Liberian sub-region. This allopatry seems to be rather common, as a number of recently described species, discovered in the Liberian sub-region ( Belcastro 1986, Larsen 2005, Libert 2013), or awaiting description (Sáfián unpublished), have a closely related sister species in Central Africa. This phenomenon could not be revealed earlier, as butterfly research in the Liberian sub-region was not possible during the two decades of civil conflicts, when field research had intensified in other West African countries ( Larsen 2005), and therefore many of these species escaped detection.

Etymology. The name pacifica  is given as an expression of respect for the Liberian nation, who after a long time of political turmoil, finally eliminated violence from the country and has settled in a hopefully long lasting democratic peace. 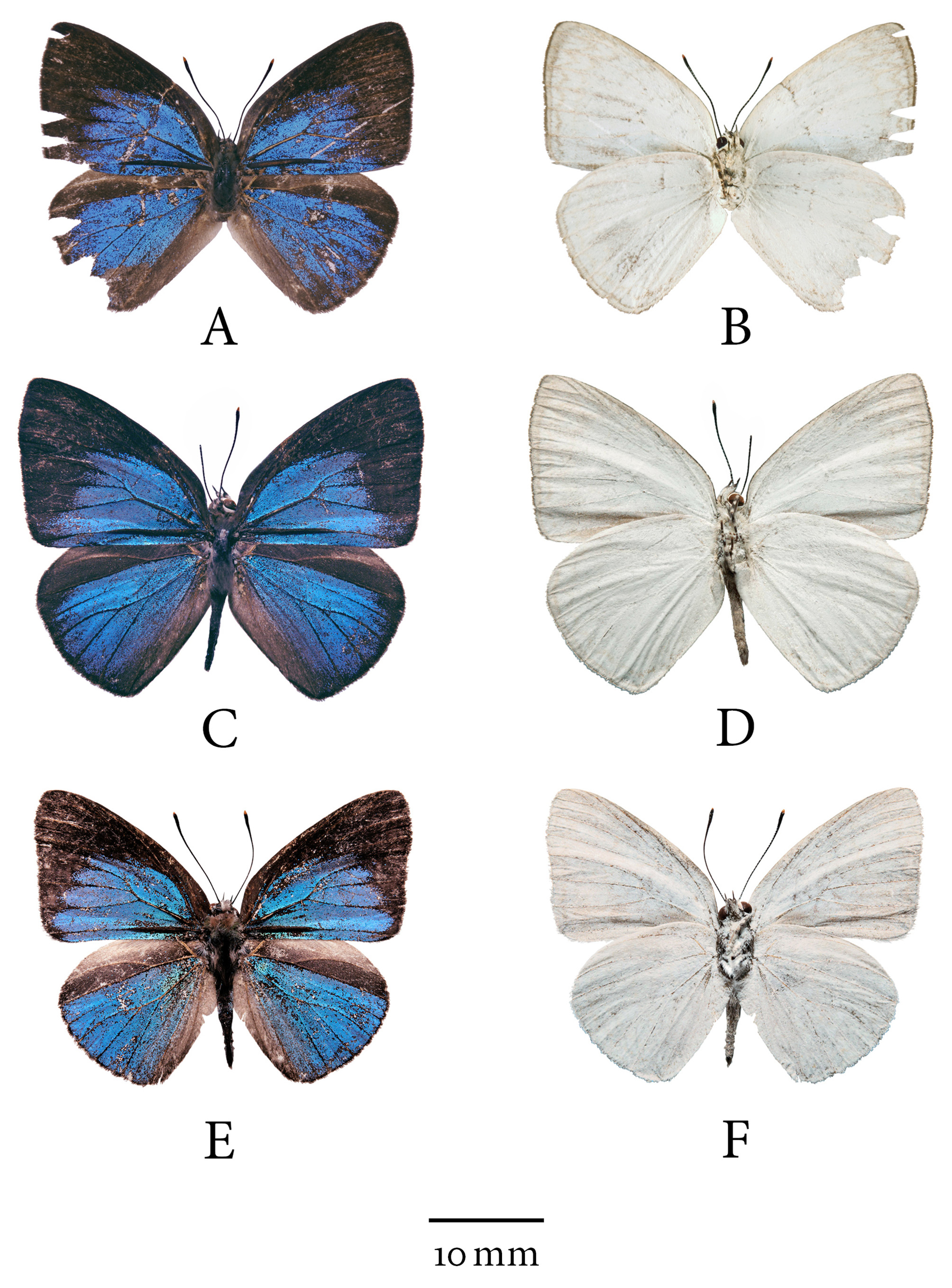