This new species is allopatric and differs from all other members of the clade in its unique dorsal pattern of medium size white spots covering 1–10 scales on a dark-brown background. The presence of sexual dichromatism differentiates Phymaturus delheyi  from Phymaturus sitesi  sp. nov. and P. nevadoi  . Dorsal pattern of P. payuniae  is composed by irregular white spots (between 4–40 scales each, sometimes fused) scattered along head and trunk, and becoming enlarged on tail to almost reticulated on limbs, a pattern never observed in P. delheyi  . Ventral coloration in P. payuniae  is clearer than in P. delheyi  . Phymaturus delheyi  has a pink tinge on the chest and belly, becoming an orange coloration on the lower abdomen, and cloacal and femoral regions not observed in P. payuniae  .

Scales around midbody are higher in P. payuniae  than in P. delheyi  and show little overlap (221–234 vs 198–227). Dorsal pattern of P. zapalensis  is composed by irregular white spots (between 5–14 scales each, sometimes fused) scattered along head and trunk but not in limbs and tail, white spots become smaller in lateral areas, and then lateral dark areas turn into dark bands between shoulder and rump, a pattern never observed in P. delheyi  . Ventral coloration in P. zapalensis  is greyish with a dark reticulated only in the gular region, pattern never observed in P. delheyi  . Phymaturus nevadoi  has a dorsal pattern with spots usually occupying fewer scales (4–9 scales vs 1–10), greater density, and grow to be larger on flanks (not in P. delheyi  ). Phymaturus delheyi  shows a higher ventral scale count (174–202 vs 162–179 in P. nevadoi  ). Phymaturus delheyi  can be distinguished from Phymaturus sitesi  new sp. by the dorsal pattern described above. Scales around midbody are fewer in P. delheyi  than in P. sitesi  (198–227 vs 210–229), and higher in ventral scales with some overlap (174–202 vs 160–190).

Color in life. Dorsal coloration of head, body and limbs speckled with white spots uniformly distributed (occupying 1 scale in the head, 1–10 body scales, and 2–4 on limbs) in a darkbrown background. Tail brown, speckled with white spots uniformly distributed and occupying 1–4 scales. In ventral view, throat, forelimbs, and margins of chest with black reticulations on a gray venter; central areas of chest, abdomen, cloacal apron, ventral surfaces of femoral and tibial region of hindlimbs, and foot mustard, but becoming lighter on the chest.

Color in preservative. Dorsal background became a faded gray-brown with white spots uniformly distributed on dorsal areas of the head, body, limbs, and tail. General coloration of ventral surfaces (throat, limbs, and tail) become yellowish with a slight mustard color in the posterior region of abdomen, and continuous over the cloaca and thighs.

Etymology. The species is dedicated to honor our friend Kaspar Delhey from Max Planck Institute for Ornithology, Germany, an Argentinean ornithologist and evolutionary biologist who helped to collected this and other species still to be described from northern Patagonia.

Natural history. Little information about natural history and biology of this new species is available. Region were Phymaturus delheyi  was found is know as the Tromen Massif, a volcanic area were the most important volcanoes are Tromen, Cerro Negro del Tromen and Wayle (the Punmahuida  volcanic group). Vegetation is characteristic of the Payunia Phytogeographic District, and including shrubs such as Senna arnottiana  , S. kurtzi  , Mulinum spinosum  , and several species of grasses ( Stipa  spp). The holotype and paratypes were found by active search; usually they were spotted basking on the rocky outcrops or hiding in crevices. Phymaturus delheyi  shares its habitat with potentially new species of the Phymaturus palluma  group ( P. aff. roigorum  - Phymaturus  sp. 10, Morando et al., in review-), and other potentially new species belonging to the Liolaemus elongatus  group, Liolaemus buergeri  and Homonota darwinii  . No snakes were found in the area. The new species usually occupies the crevice microhabitat in the rocky outcrops, whereas the other species were found in rocky patches or open substrate. Phymaturus delheyi  is viviparous as other species of Phymaturus  ; a female kept in captivity gave birth two offspring, and was observed feeding on plant matter and arthropods (Perez pers. observ.). 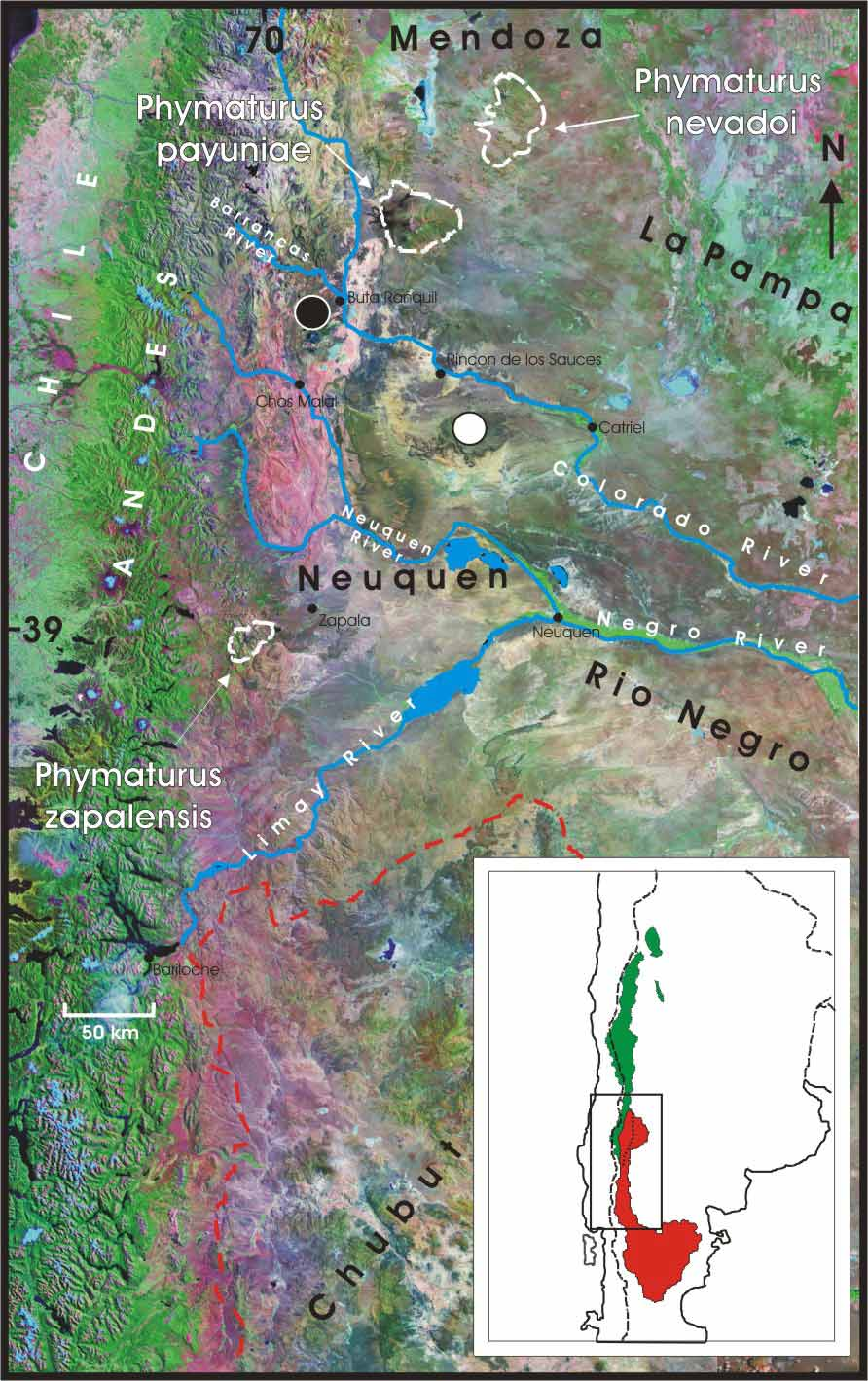 FIGURE 9. Type locality of Phymaturus delheyi. Upper: general view of the area. Below: close view of the common outcrops where lizards were collected u observed basking or hiding in crevices.