Remarks. Roberts (1928: 417) considered Bombylius penicillatus  as a synonym of Bombylius albiceps  . We examined the type specimen in MNHN, and found it matches the diagnostic characters with a series of specimens collected from NSW. This species is redescribed and illustrated based on the specimens in ANIC. 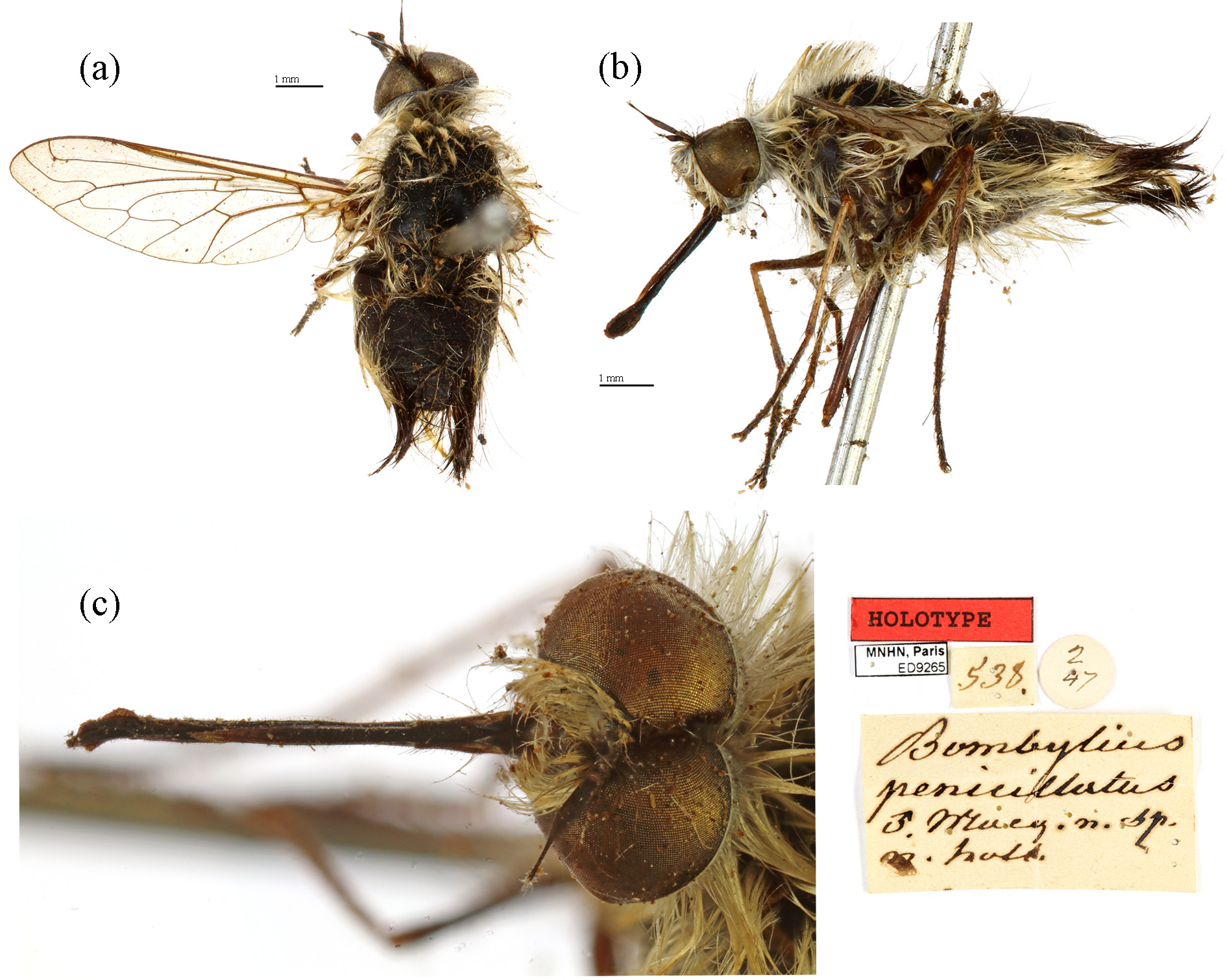 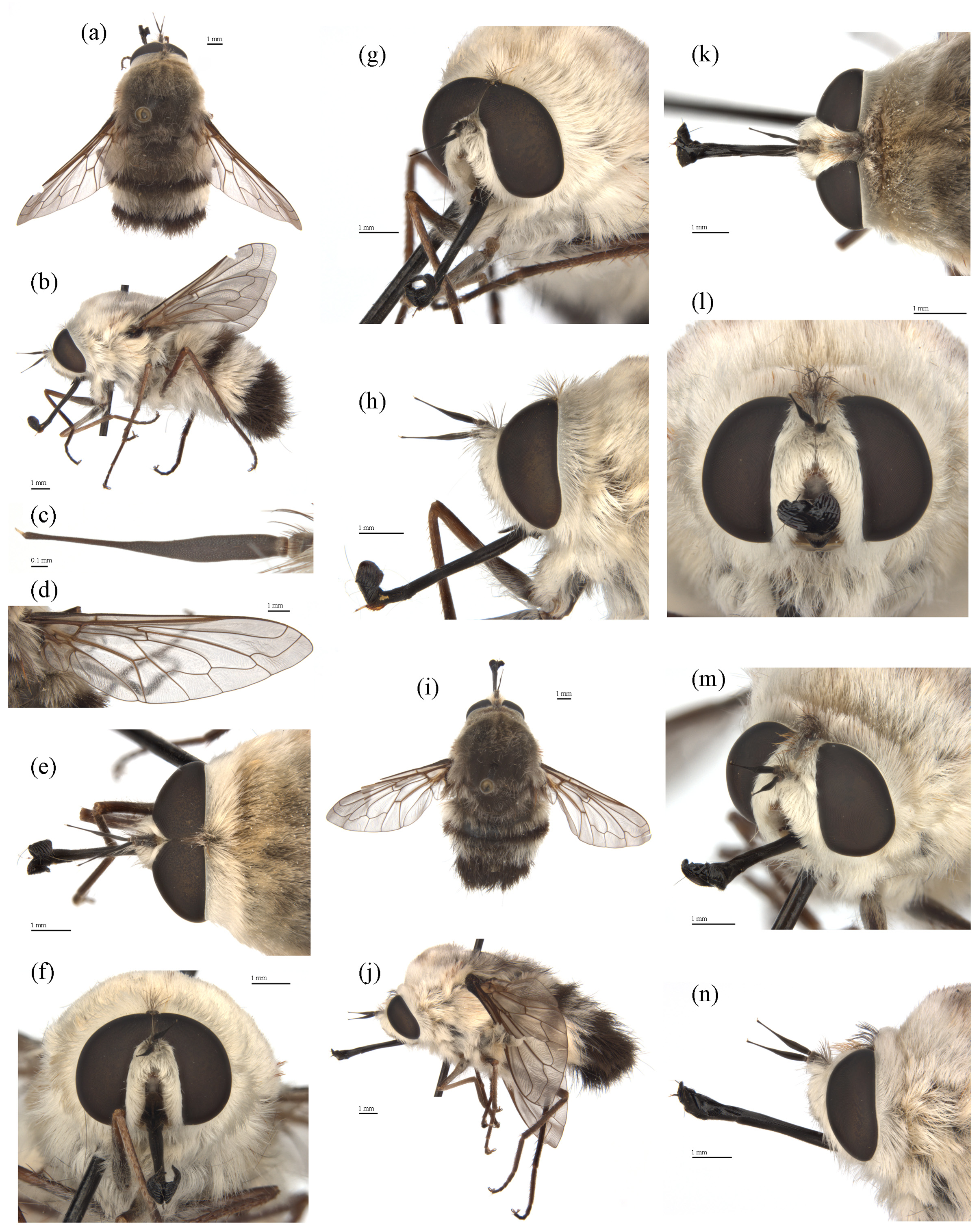