Etymology. The species name is derived from the Latin genus name for herons ( Ardea  ), alluding to its very long legs. The name is used as a noun in apposition.

Colour. Dorsal surface of carapace, meri and propodi of ambulatory legs bright orange. The carpi and dactyli of the ambulatory legs are white ( Fig. 7View FIGURE 7 A, B).

Remarks. In the general form of its carapace and very long ambulatory legs, Karstarma ardea  n. sp. closely resembles K. ultrapes  and a new Karstarma  species now being described from the northern Philippines (Husana et al. in press). Their ambulatory leg proportions, however, differ markedly. Although males are not known for K. ardea  n. sp., male and female specimens are known for K. ultrapes  and the new Philippines species, and the leg proportions do not differ significantly between the sexes of these taxa (Ng et al. 1994; Husana et al. in press). Karstarma ardea  n. sp. has the third ambulatory leg relatively shorter than that of K. ultrapes  ( Fig. 1View FIGURE 1 A) (4.4 times CL vs. 4.9 times CL) but still longer than that of the new Philippines Karstarma  (4.4 times CL vs. 4.2.times CL). The frontal margin of K. ardea  n. sp. is also relatively narrower than that of K. ultrapes  ( Fig. 1View FIGURE 1 C vs. Fig. 6 AView FIGURE 6. A, B). The structures of the vulvae of these three Karstarma  species are also different. Although the general structures of the vulvae of all three species are similar, they differ significantly in the details ( Fig. 6View FIGURE 6. A, B B-D).

Distribution. So far only known from the type locality. 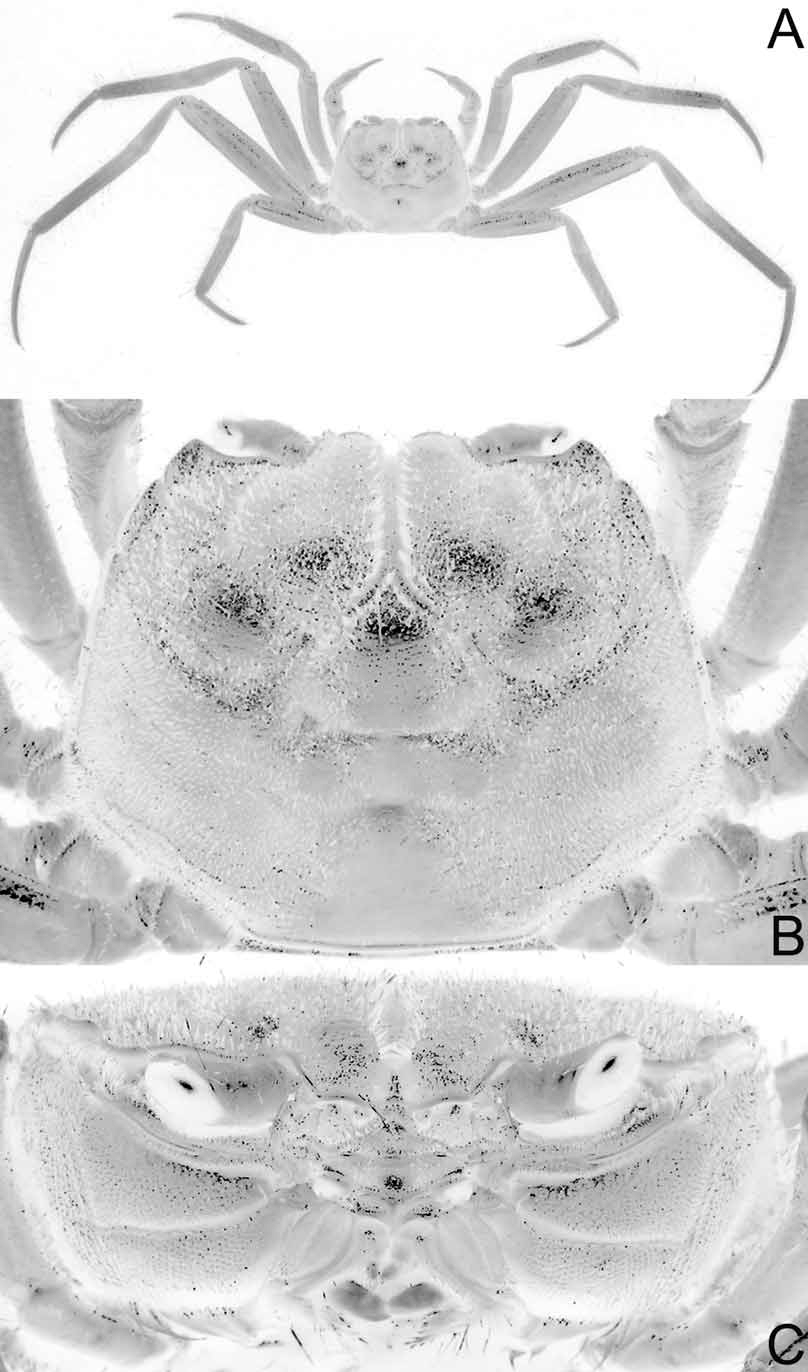