Distribution: Vespa crabro is widespread across the Palaearctic region, introduced and established in the eastern Nearctic and adventive in the northwest Nearctic (current study).

Diagnosis: Vespa crabro can be distinguished from other Vespa species collected in Canada by having a combination of the following characters: 1) length of gena less than 1.6× length of eye at midheight in lateral view ( Figs 1B View FIGURE 1 , 2B View FIGURE 2 ); 2) pretegular carina complete, extending the height of the pronotal lobe ( Fig. 1D View FIGURE 1 ); 3) female clypeus with punctures clearly defined, contiguous or nearly so ( Figs 1C View FIGURE 1 , 2C View FIGURE 2 ); 4) male metasomal sternites 6–7 with posterior margins straight or only shallowly indented medially. The Japanese form of V. crabro differs from the west European form in that the posterior yellow fasciae on terga 2 to 6 are generally narrow, especially on tergum 2, and sublateral black spots, if present, are not prominently projecting into the yellow fasciae ( Fig. 2B View FIGURE 2 ) (west European colour form with larger proportion of terga 2 to 6 yellow, and with sublateral black spots generally prominently projecting into yellow fasciae, at least on terga 3 to 5) ( Fig. 1B View FIGURE 1 ). Females of the Japanese form are generally darker than the European form in the ocellar area, as well as the scutellum; however, darkening of these regions does occur in some North American specimens of the European form. 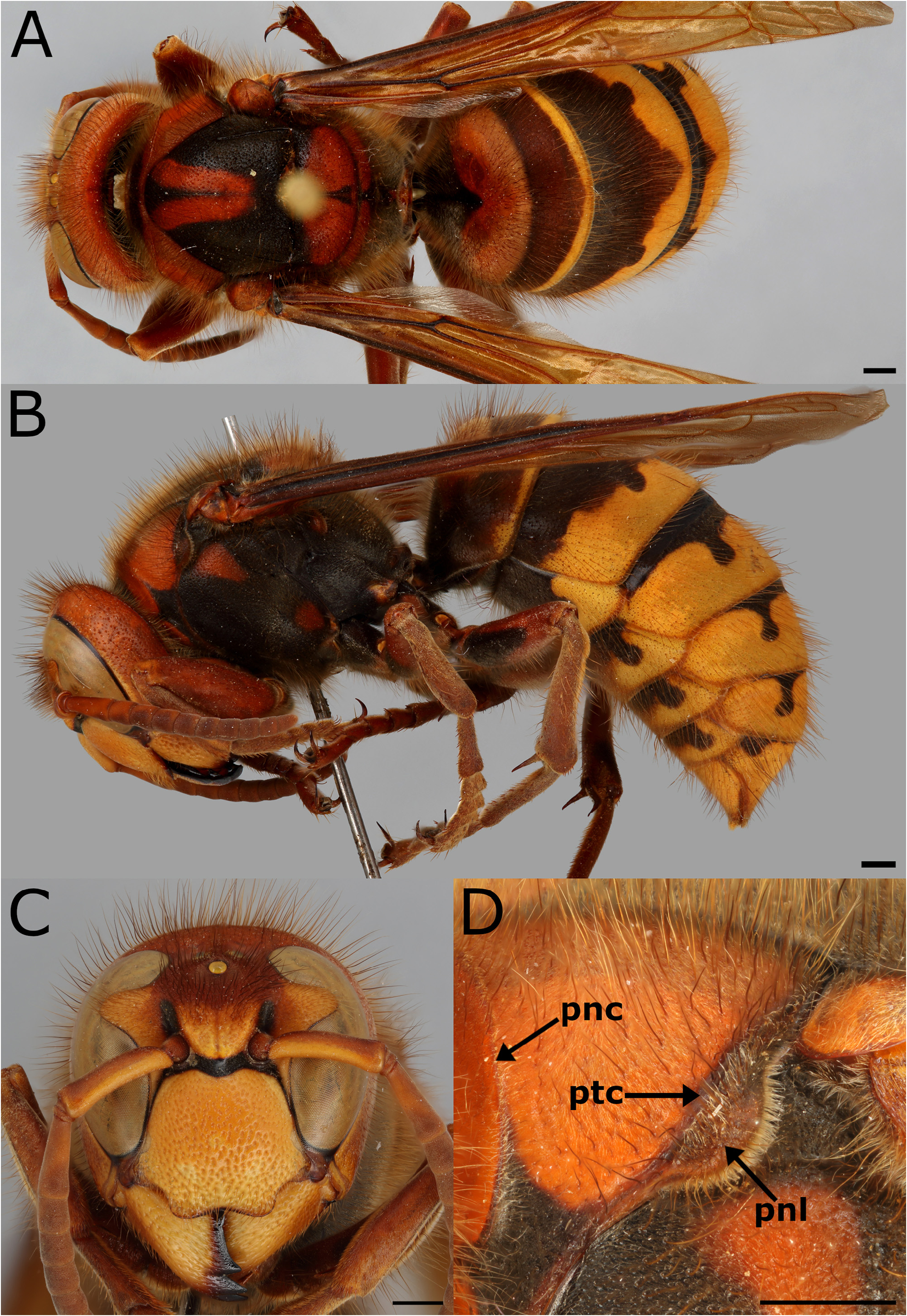 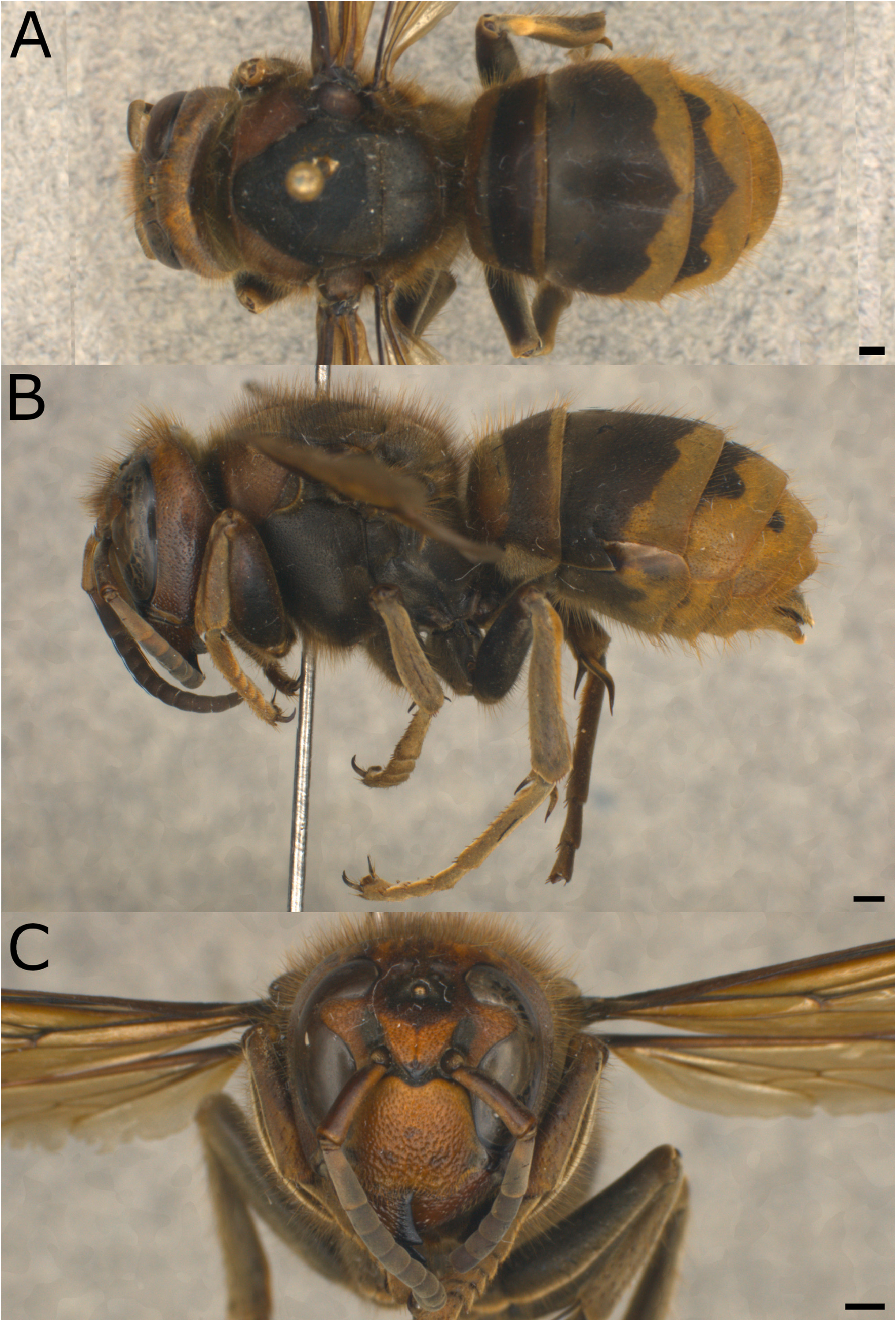