Ossicles of dorsal and ventral body wall (figs 1 A, B, C; 2 A, B, D) similar in size and shape, increasing in length antero­posteriorly (tables 1, 2), comprising simple, thick, perforated rods or plates with spiny or serrated margins, holes variable in number and usually small in diameter, frequently occluded.

Ecology. The specimen was found under a large coral block, at 12 m depth, in association with Holothuria (Mertensiothuria) hilla Lesson. Cherbonnier (1988) reported that the holotype was recovered from the cryptofaunal crevices of the reef flat of Tuléar, during ebb tide. It thus seems that this species is fugitive rather than fossorial.

The cryptic behaviour and the small size of the species make it difficult to find; as such commenting on its rarity is currently impossible.

Remarks. This is only the second specimen of P. unica (Cherbonnier) . In general its internal and external morphology and its ossicle assemblage correspond well with the original description. The observed differences are the following: (i) the holotype has a uniform yellowish colouration while our specimen is mottled with dark spots and irregularly arranged blotches; (ii) the holotype possesses two Polian vesicles while we observed only a single one; (iii) the holotype’s madreporite is described as spherical, while in our specimen it is distinctly four­lobed ( Fig. 1 View FIGURE 1 J); (iv) the introvert retractor muscles of the holotype are described as being special, each consisting of two discrete, thick strands; in the present specimen the retractor muscles are simple and not divided; (v) the holotype is reported without anal teeth, whereas in the present specimen minute anal teeth were observed. However, the overall ossicle assemblage of the holotype corresponds remarkably well with what is reported here, both in structure and in dimensions, although it must be noted that in Cherbonnier’s (1988) description, the ossicles from the podia have, in the text, been confused with those from the tentacles (see Cherbonnier 1988: 179, fig. 75 L for tentacle and not podia deposits and compare with figs 1 E, 2 F in our description).

The above differences are intraspecific variations within P. unica , since it has been evidenced that in many taxa the colouration and number of Polian vesicles are variable characters. Regrettably, since little or no data exist as to the taxonomic significance of the form of the madreporite (see also Deichmann 1948) and the branching­off points of the retractor muscles, we cannot comment on these differences, as they may be specimenrather than species­specific.

In order to judge the status of the genus Koehleria , we first need to position it within the higher­level taxonomy of the Cucumariidae , the family in which Cherbonnier (1988) quite correctly placed Koehleria . In this family, Pawson & Fell 1965 recognise three subfamilies: Cucumariinae Ludwig, Colochirinae Panning and Thyonidiinae Heding & Panning. Of these only the first two include ten­tentacled species. The Colochirinae, in addition, are characterised by species which possess complete or incomplete baskets in the body wall, while the Cucumariinae lack baskets in their body wall, at least in their adult stage ( Thandar 1991). Cherbonnier (1988), who refrained from assigning subfamilies, implied that Koehleria is classified within the Cucumariinae by stating that it comes closest to Pseudocolochirus . The latter is classified in the Cucumariinae (see Thandar 1991). However, we believe that the characters used by Cherbonnier (1988) to erect his new genus are inadequate. Cherbonnier only commented that Koehleria differs from Pseudocolochirus in the “forme si particulière des spicules” and the absence of anal teeth. In this study, we have shown that unica does have anal teeth and that the ossicle assemblage it presents is similar to that of P. violaceus . As such, we believe that the genus Koehleria is invalid and must best be regarded as a junior subjective synonym of Pseudocolochirus . 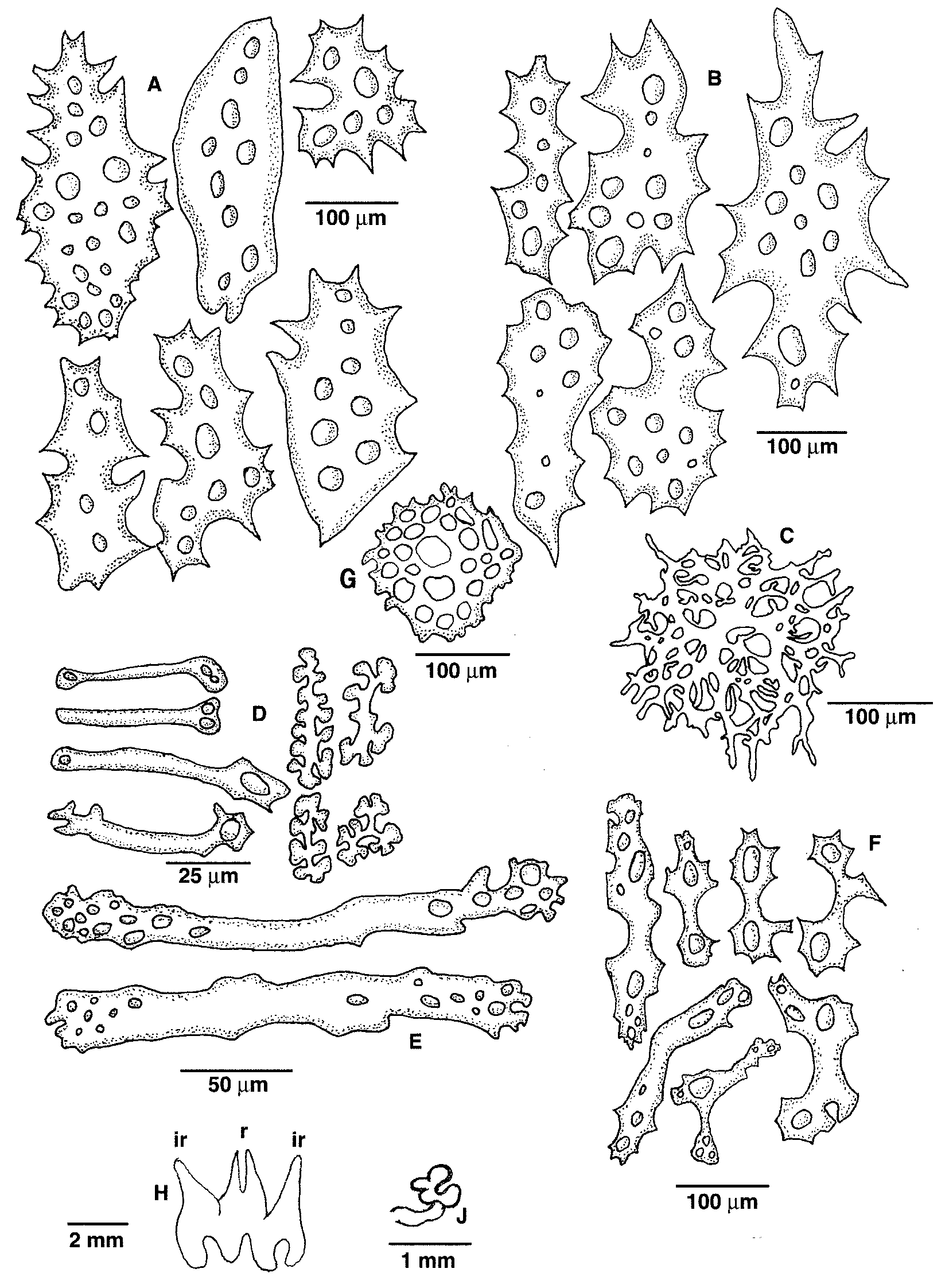 TABLE 4. Ossicle assemblage of P. u n i c a (Cherbonnier, 1988) and P. violaceus (Théel, 1886). The differences are mainly in size and in abundancy of dorsal ossicles in P. violaceus and the smoothness of its plates.