Antipathes furcata  forms fan-shaped colonies that are typically less than 50 cm in height, with long branches that grow in narrow branch angles ( Figure 2a –bView FIGURE 2). The terminal branches typically reach lengths of 5 cm or more without becoming branched. Skeletal spines are smooth, triangular or slightly inclined distally, and occasionally include some that are bifurcated towards their apex ( Figure 2dView FIGURE 2). The spines are generally 30–70 µm in height and typically 50–70 µm in width at their base. On smaller branches, the spines are arranged in axial rows with adjoining rows offset in a spiral pattern around the corallum ( Figure 2dView FIGURE 2). Spine spacing is fairly regular within each row, and typically ranges between 240–280 µm. The polyps are arranged on only one side of the branches, are generally 0.6– 1.0 mm in transverse diameter, and are spaced 1.1–1.3 mm apart ( Figure 2cView FIGURE 2). The coloration of living colonies ranges between grayish brown to white. A. furcata  has previously been reported from the Caribbean, Gulf of Mexico and North Atlantic at depths ranging between 15–340 m ( Brito & Ocaña, 2004; Cairns et al., 1993; Opresko, 2009; Opresko et al., 2016; Opresko & Sanchez, 2005). Bermudan specimens examined as part of this study were collected at depths between 96–104 m ( Table 1). 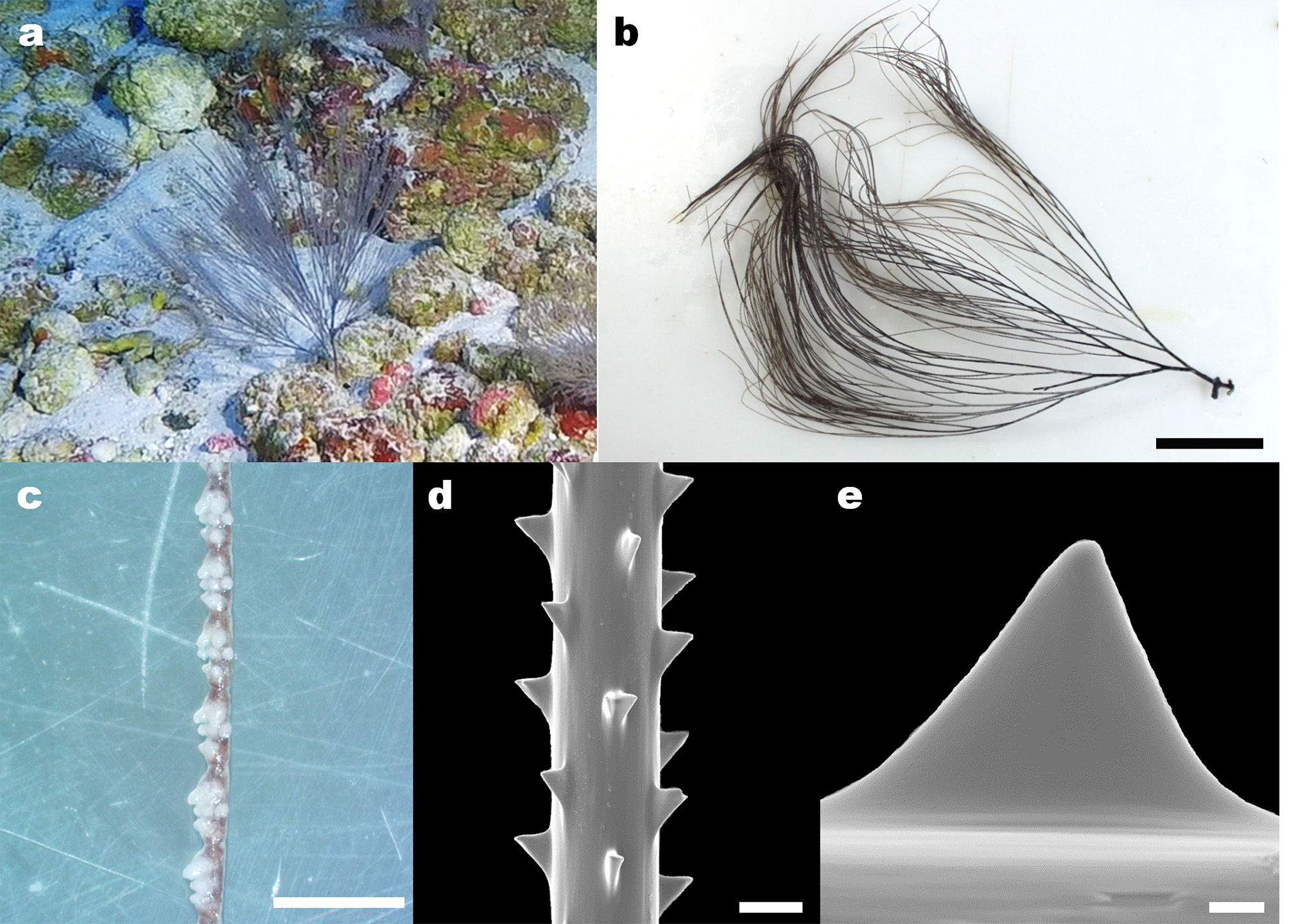