Etymology. The name refers to the dark blue-green coloration of the elytra.

Remarks. The subparallel body form, opaque, finely punctate, dark blue-green elytra, and orange pronotum with rounded to feebly subangulate sides, even, contiguous punctuation, and five black discal calluses make D. aeruginis  distinctive within the genus. The species superficially resembles D. thoracica White  and D. rufostima Bates  , but the former species is more narrow, has feebly emarginate elytral apices, the pronotum is laterally tuberculate with only four black spots, and the disk is uneven and irregularly punctate; the latter species (based upon the holotype) is more stout bodied, with coarsely punctate metallic green elytra, black appendages, and the pronotum is broadly angulate laterally.

Some males of D. aeruginis  (as well as those of several other Deltaspis  ) have the eleventh antennal segment appendiculate, often to such an extent as to appear to form a short twelfth segment. This tendency appears to be correlated to allometry, as it occurs most distinctly in the largest specimens, which coincidentally have the longest antennae relative to the overall body length.

Adults of D. aeruginis  have been taken primarily from white composite flowers ( Asteraceae  ) on the low to midelevation slopes of Volcan Ceboruco, an isolated member of a chain of ancient volcanoes lying along the western foothills of the Sierra Madre Occidental. 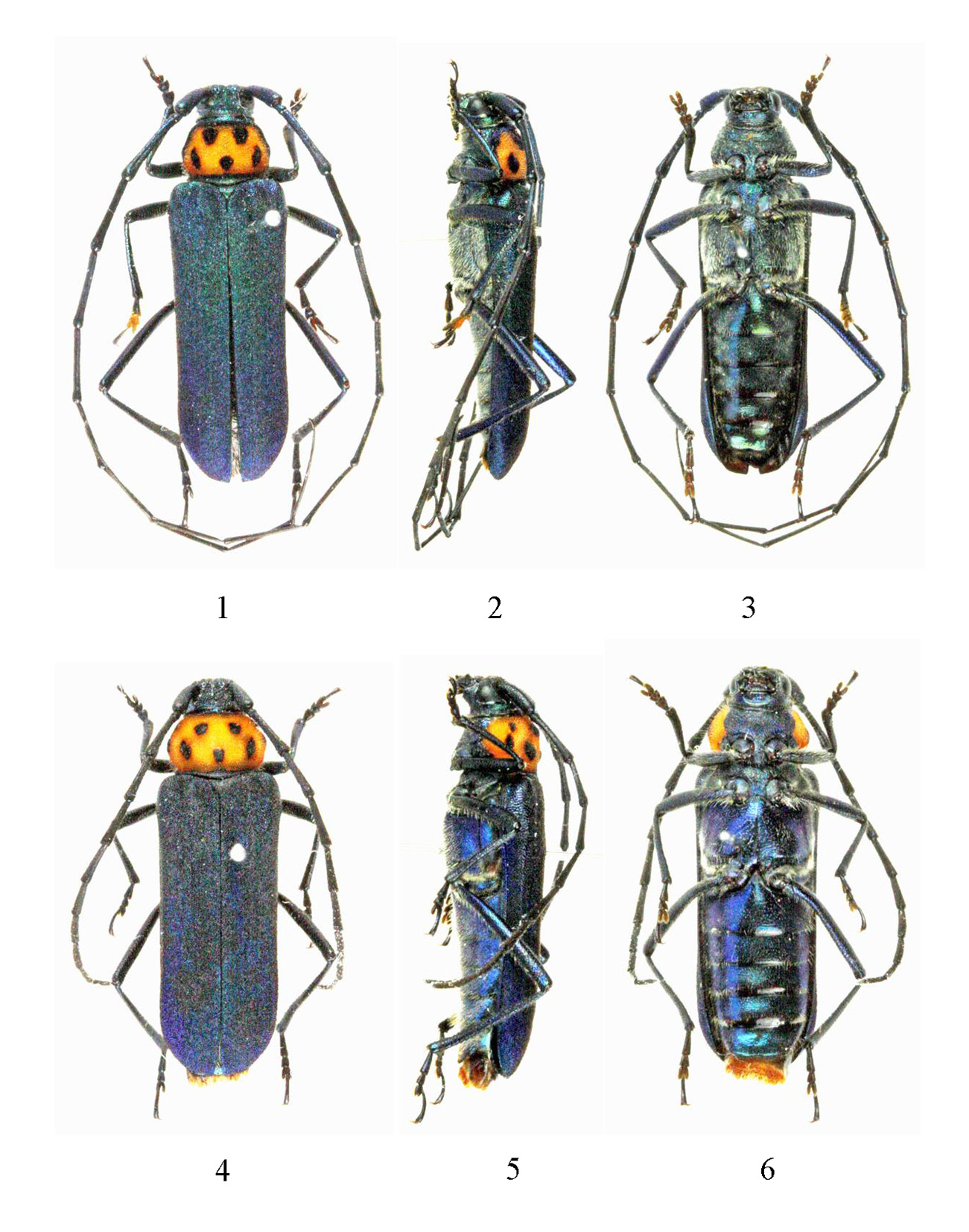