Diagnosis. Atypus resembles Sphodros by having the labium fused to the sternum and by possessing tubercles on the cheliceral fangs and cuspules on the pedipalpal coxae, and Calommata by having a straight spike­like embolus crossing a straight, broad, lobular conductor on the male palp ( Gertsch & Platnick 1980). It can be distinguished from Sphodros by the straight, short, distally widened conductor and the straight, short, spinelike embolus in males, and in females, by the presence of two or more pairs of bulbous or pyriform receptacula in the vulvae, and the presence of two lateral patches of pores on the genital atrium. It differs from Calommata by having cuspules on the pedipalpal coxae in both sexes, the conductor is distally widened, the palpal bulb of males is almost rounded, the receptacula is bulbous or pyriform, and leg I is not thinner than other legs in females.

Atypus spiders live in a purse web consisting of a basally closed silk tube. This tube extends vertically above the surface of the ground against the side of tree trunk or rock for 12–35 cm, whilst the rest of the silk tube, some 5–17 cm, is buried vertically in the ground. Spiders are alerted to the presence of prey moving over the exposed part of the silk tube by vibrations through the silk lining. Once prey are sensed, the spider rushes to the point where the prey rests, and bites it through the silk. Then the spider cuts the silk tube and pulls the prey inside the burrow to be eaten ( Murphy & Murphy 2000). 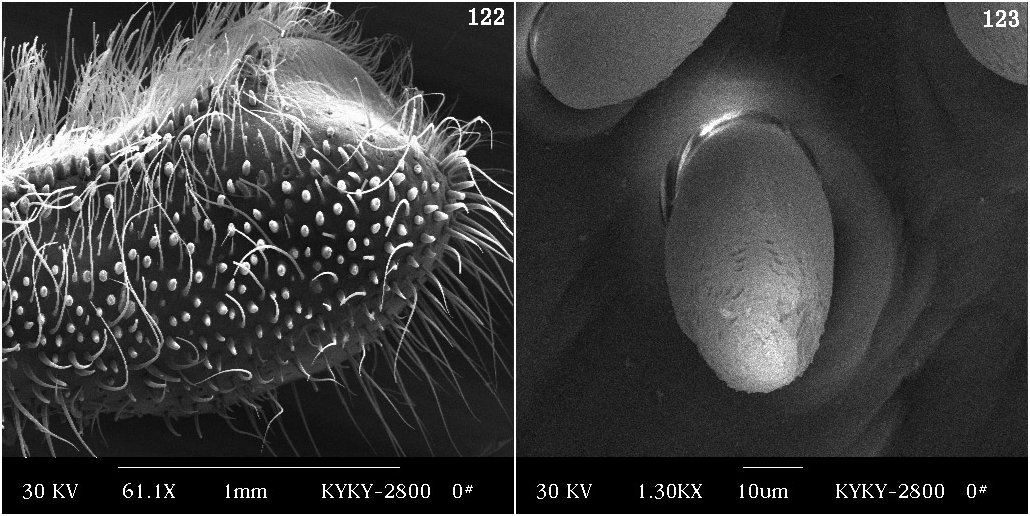