Diagnosis. Males resemble those of A. karschi and A. yajuni sp. nov. in the shape of their conductor. They can be distinguished from those of A. karschi by the short conductor, the finger­like lower distal corner, the upper corner far away from tegular process ( Figs 84–85 View FIGURES 80–86 ), and by the distance between first and second pair of sigilla being distinctly longer than that between the second and third pairs ( Fig. 82 View FIGURES 80–86 ). They differ from those of A. yajuni sp. nov. in that the sternum is obviously longer than wide, in the absence of a distinct tegular tubercle on the palpal bulb, and in the finger­like lower distal corner of the conductor ( Figs 84–85 View FIGURES 80–86 ).

Habitat. The specimen examined was found in a forest. The purseweb was attached to the base of a pine tree.

Remarks. The type specimens of this species are lost. The original description includes no useful characters and the illustrated palpal bulb cannot be interpreted. Also, the redescription and figures of Hu (1984) provide no better information. The male specimen that we describe here was collected from Huguan County, Shanxi Province, which is close to the type locality of A. sinensis . It was identified as A. sinensis because the shape of its conductor is very similar to that illustrated by Schenkel (1953). 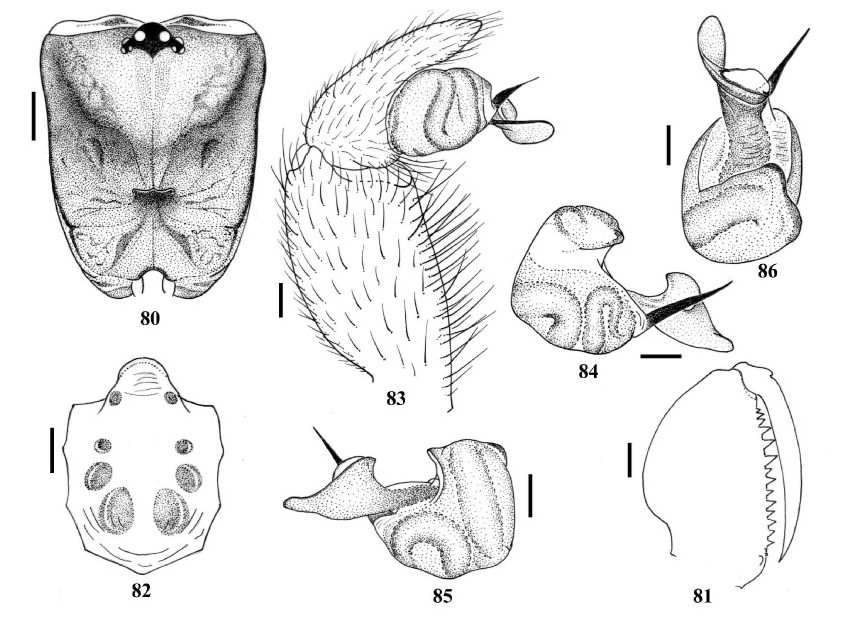