Diagnosis: Globular pedunculate sponge with several apical oscules that are slightly raised. Mushroom appearance with main body ranging from spherical to elliptical shape. The surface is even but finely hispid; it is similar to the surface of Suberitidae  species. Consistency is firm. Surface colour is white, beige, orange or cream-whitish. Ectosome is easily visible and clearer than choanosome. Choanosome is brownish and beige in the peduncle area. Size: up to 6 cm high x 5.5 cm in diametre ( Fig 2View FIGURE 2).

Skeleton: Bigger styles are in a confused arrangement in the choanosome and they are arranged in bouquets near the ectosome where the small styles are perpendicular to the surface in a dense palisade. The points of styles protrude at the surface in a finely hispid fashion ( Fig 3View FIGURE 3).

Remarks. The genus Artemisina  was erected by Vosmaer (1885) for the type species Artemisina suberitoides  . The taxon has no real distinctive features, although it differs from other Microcionidae  in lacking a distinctive choanosomal skeleton or definite sponging fibres, lacking echinating spicules and having a nearly radial ectosomal skeleton.

Due to these reasons, in this work, we describe the species using modern techniques like Scanning Electron Microscopy for the skeleton study and also provide many ecological data to characterize the habitat.

Artemisina transiens  was described by Topsent (1890) from Galician waters and the type locality is close (8 Km) to our video transect in Bermeo Bank and similar depths (36–143 m).

The specimens collected in this work in the locality of Somos Llungo correspond exactly to the specimens identified by Ferrer-Hernandez (1917) as A. hispanica  . We have not been able to review the holotype of A. transiens  and in the World Porifera Database ( Van Soest et al. 2018), it is considered that they are synonymous species but there is no explanation as to that. Only Burton (1930) points out that: "There are many remarkable points of resemblance between this species and A. transiens  , both from neighbouring localities, and I suspect that if the two holotypes could be re-examined and compared, they would be found to be conspecific". Therefore, Burton thinks that they could be the same species but without being demonstrated so far; thereby, we have decided in this work that both could be valid species until holotypes of both species would be compared. The most significant differences according to the descriptions published by both authors refer to the two clearly differentiated categories of styles in A. hispanica  , the size of the toxa and the abundance of smooth styles mixed with the spiny ones.

Habitat and Ecological Characterization. Up to now, no ecological data have been recorded for this species ( Van Soest et al. 2000; 2018). FIGURE 1. A–C. Sample localities of Artemisina showed the dives with ROV in the north of Spain (Atlantic Ocean and Cantabrian Sea). D. Coloured three-dimensional image of the Somos Llungo area (point of view from the south) mapped during the cruise INDEMARES Aviles-0410. 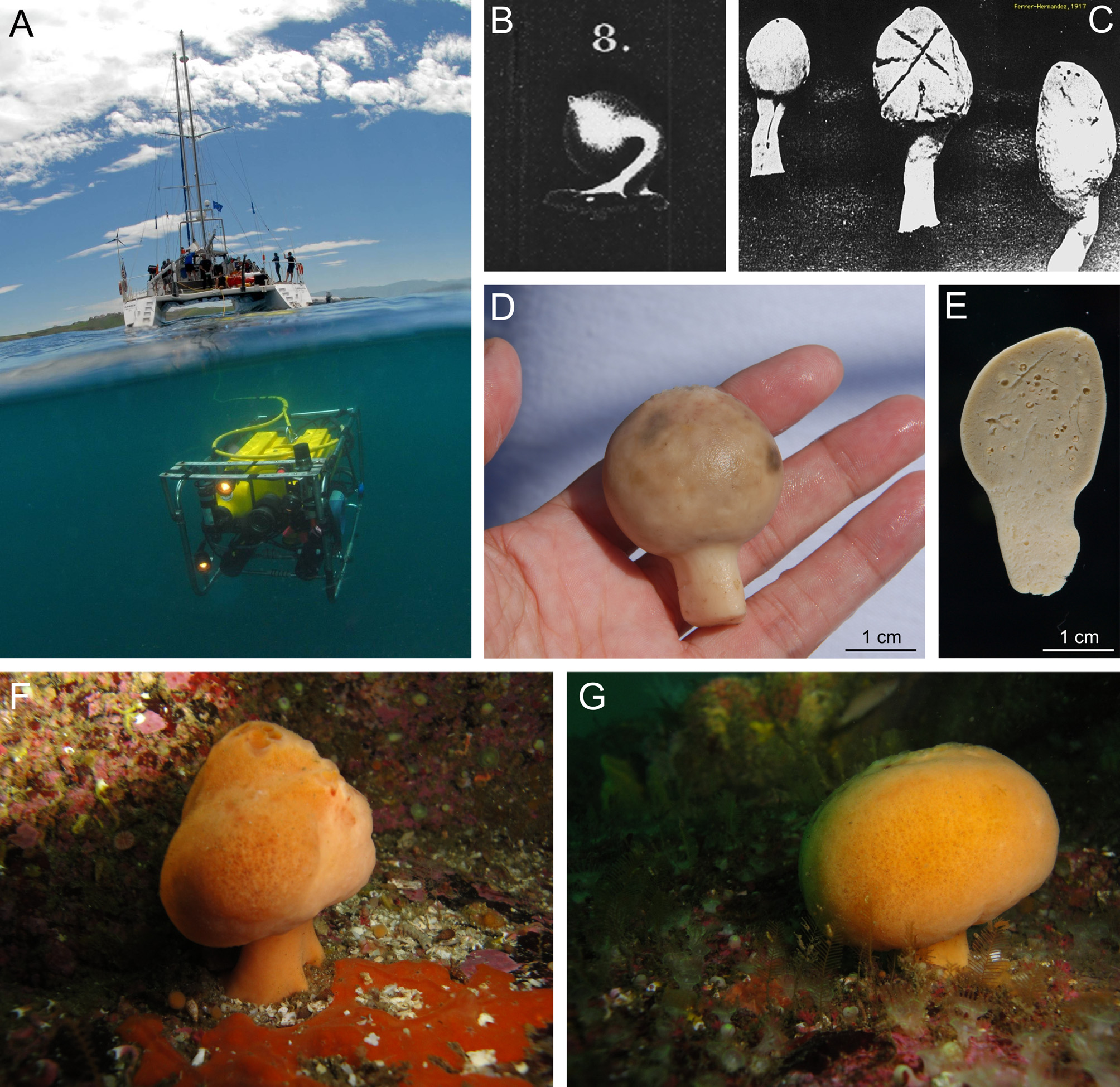