Remarks. The wing venation remains unknown for this species, which differs from the others in the genus (females) in having a smaller body and ovipositor. The body is oval, about as long as wide. Some other differences, such as a wing length greater than the body length and about as long as the ovipositor, and the ovipositor length/body length ratio of around 1.20 are characteristics that sustain C. previstus   as a different species. It is interesting to note that in plotting body length x ovipositor length ( Fig. 4 View FIGURE 4 ) for the C. perforatorius   specimens, the trend line is straight. Including C. previstus   , the trend line curve remains straight (but would not for C. microcephalus   ). C. previstus   could be the direct ancestor of C. perforatorius   (or vice versa?) or sibling species both derived from an unknown common ancestor?. This presents an ecological problem (see further discussion below), a similar situation to that seen with two species of the Caelifera Cratoelcana   (see Martins-Neto, 1995). 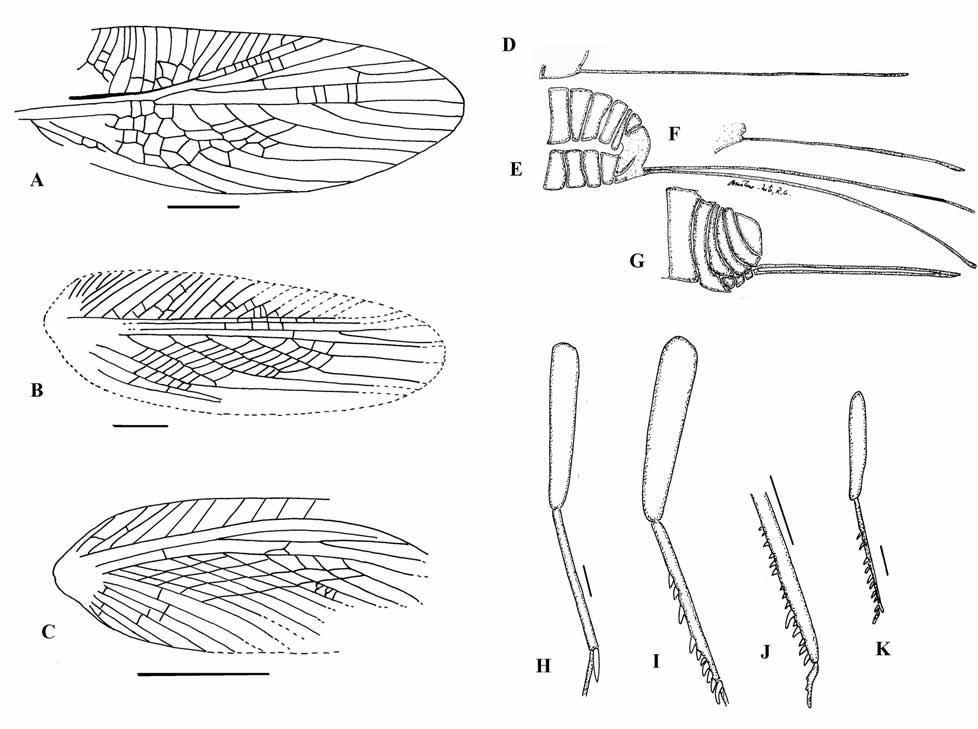