Diagnosis. FEMALE. The following characters are diagnostic: the head and mesosoma are reddish-brown, the metasoma is blackish; the pronotal spiracle is scarcely swollen; the propodeal spiracle is sharply dentiform; the head is 1.1 × wider than the mesosoma; the lateral propodeal face has a few complete areolations; the mesosoma is elongate, with the thoracic dorsal length slightly less than its width; the mesosomal dorsum is tightly areolate without subparallel thickened setae; the T1 shape is sub-disciform, often with dorsal and anterior faces separated by a weak carina; T2 has distinct separated punctures, numerous subappressed black setae, and mostly smooth intervals; and the S6 lateral carina is low angular. Body length 5 mm.

Remarks. Based on the tight mesosomal sculpture, this species forms an apparent group with L. vianai and L. meloi , sp. nov., which are the only females known from southern South America. To this point, only one of those three species, L. vianai , has been associated with a male. The apparently disparate ranges of these three females, coupled with the morphological differences listed in the key below, make treating them as separate species the most reasonable hypothesis for now. Association of males with L. ibarrai and L. meloi or molecular sequence data might disprove or support the current taxonomic arrangement. 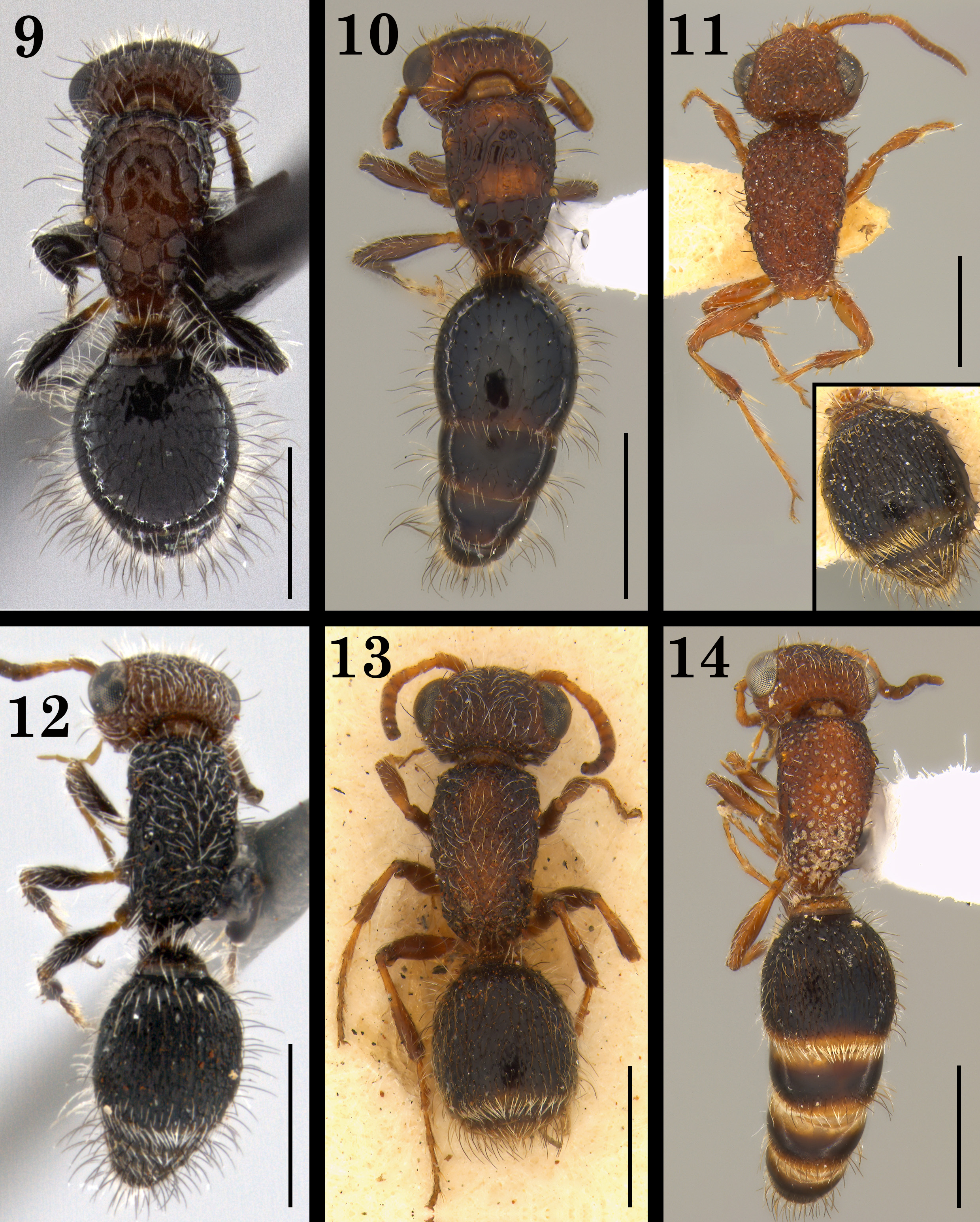 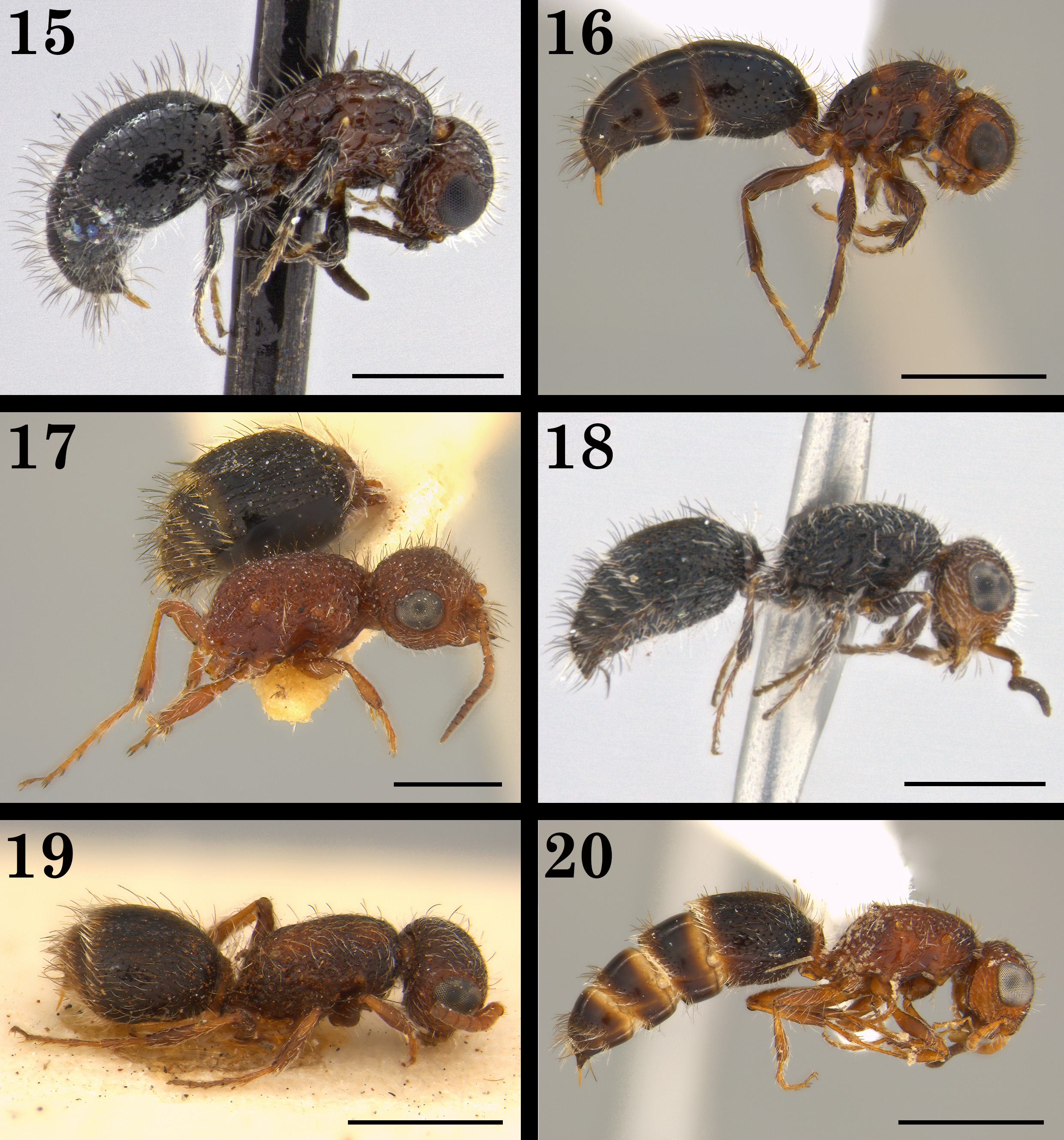