Diagnosis. MALE. This species can be immediately recognized by the unique genitalia, wherein the paramere is straight, subcylindrical, and having an apical tuft of long setae. The following characters are also useful for diagnosis: the body is entirely blackish, except the sometimes reddish tegulae; the mandible is unarmed ventrally; the gena is ecarinate; the forewing has its veins encompassing the basal 0.7 × of the wing; the T1 shape is subsessile; the head and T2 disc have separated punctures; and the T2 fringe is composed of simple setae. Body length 5–6 mm.

FEMALE. This species can be recognized by the setae and mesosoma shape: the mesosomal dorsum and T2 disc have matching thickened posteriorly-directed subparallel appressed pale golden setae and the mesosoma is elongate, with the thoracic dorsum nearly as long as wide. Additional useful diagnostic features include: the mandible has a barely perceptible ventral lamella that does not interrupt the ventral mandibular contour; the head is clearly broader than the mesosoma; the T2 fringe is sparse and simple; and the S6 lateral carina is raised, rounded.

The putative sex association presented here is based on a process of elimination. Lomachaeta hicksi and L. vacamuerta are the only Lomachaeta species known from southern Texas and the female of L. hicksi is distinct (in nearly all species-level characters) from the females described above.

The female from Kennedy County ( Fig. 3 View FIGURES 1–4 ) has different coloration than the two females from LaSalle County ( Fig. 2 View FIGURES 1–4 ). It is the only Lomachaeta we have seen with a dark head and mesosoma that contrast with an orange metasoma, a pattern rarely seen in mutillids, except among Dasymutilla Ashmead and Pseudomethoca Ashmead from the Texan mimicry ring ( Wilson et al., 2015). If natural selection has favored the similarities of this species to the Texan mimicry ring, various hypotheses could explain its limited mimetic fidelity. These include phylogenetic constraints of the genus Lomachaeta , the relaxed selection hypothesis based on its small size ( Penney et al., 2012), or the community diversity hypothesis based on presence of multiple potential models ( Wilson et al., 2013). 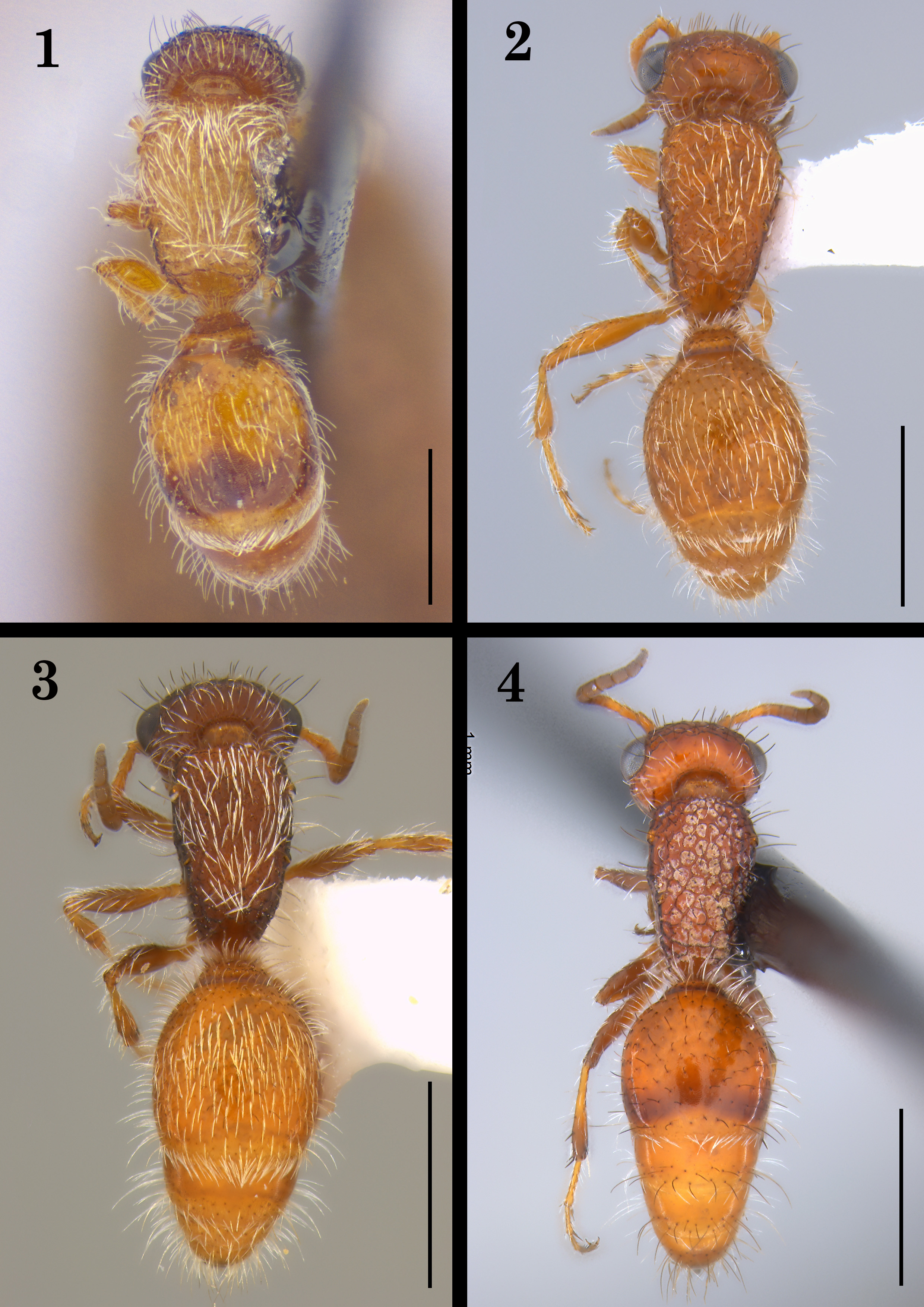