There is a discrepancy between the coordinates provided by Casanova (1996a: table 1) and the data in the Smithsonian Collection (USNM). The type locality (holotype) given by J.P. Casanova appears to be at 32°27'N, 118°W, at 2080 m depth, and the locality where the allotype was collected is reportedly at 32°27'N, 118°02'°W, at 2084 m depth (Casanova 1996a). The paratype material deposited in the Paris Museum (MNHN-My480) corresponds to one female (Casanova 1996a) also collected at 2080 m depth. Data in the MNHN holdings match these provided by Casanova (1996a). The fate of the additional male and female included in Casanova's (1996a) study is unknown. The Mexican material ( Fig. 3View FIGURE 3) is the first reported since the original description and it increases the known distribution of F. chidressi  by about 2.5 degrees of latitude to the south.

Remarks. The material examined fits well with the original description of F. childressi  . It features the typical rostrum with a series of dorsodistal small denticles, a proportionally long carapace, and the proximal carapace bump at the base of the rostrum ( Fig. 1AView FIGURE 1); the upper lateral keel on the carapace is missing ( Fig. 1AView FIGURE 1); the abdominal somites are dorsally unarmed ( Fig. 2A, BView FIGURE 2). The shape of the antennal scale ( Fig. 1BView FIGURE 1) and of the telson ( Fig. 1C, DView FIGURE 1), including the deeply channeled dorsal area, also match the original description.

Specimens of different size were collected during the survey. No significant variations were observed among these specimens in what concerns the general shape of the carapace and the proportional length of the rostrum and of the posterodorsal carapace spine ( Figs. 1AView FIGURE 1, 2A, BView FIGURE 2). 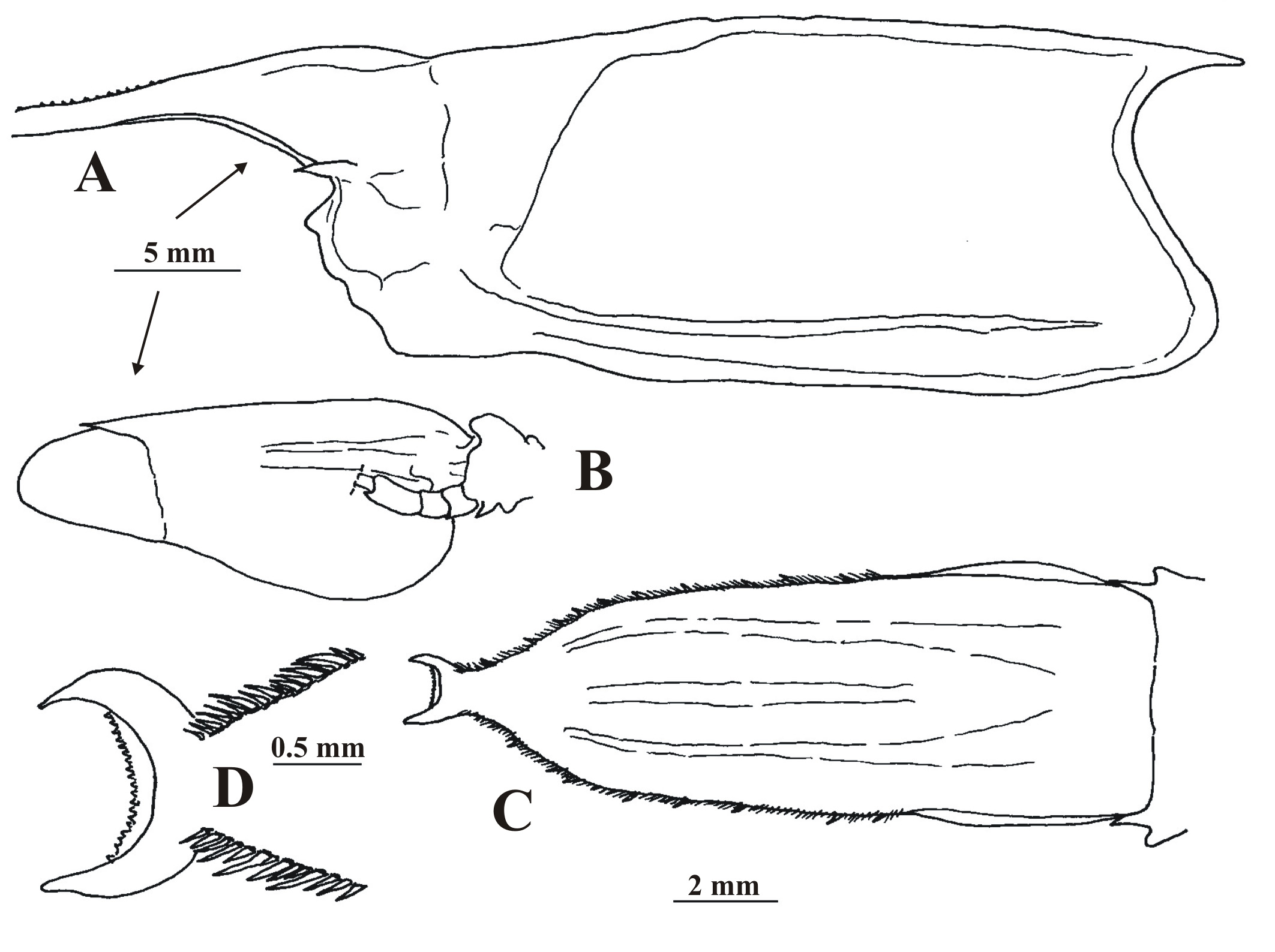 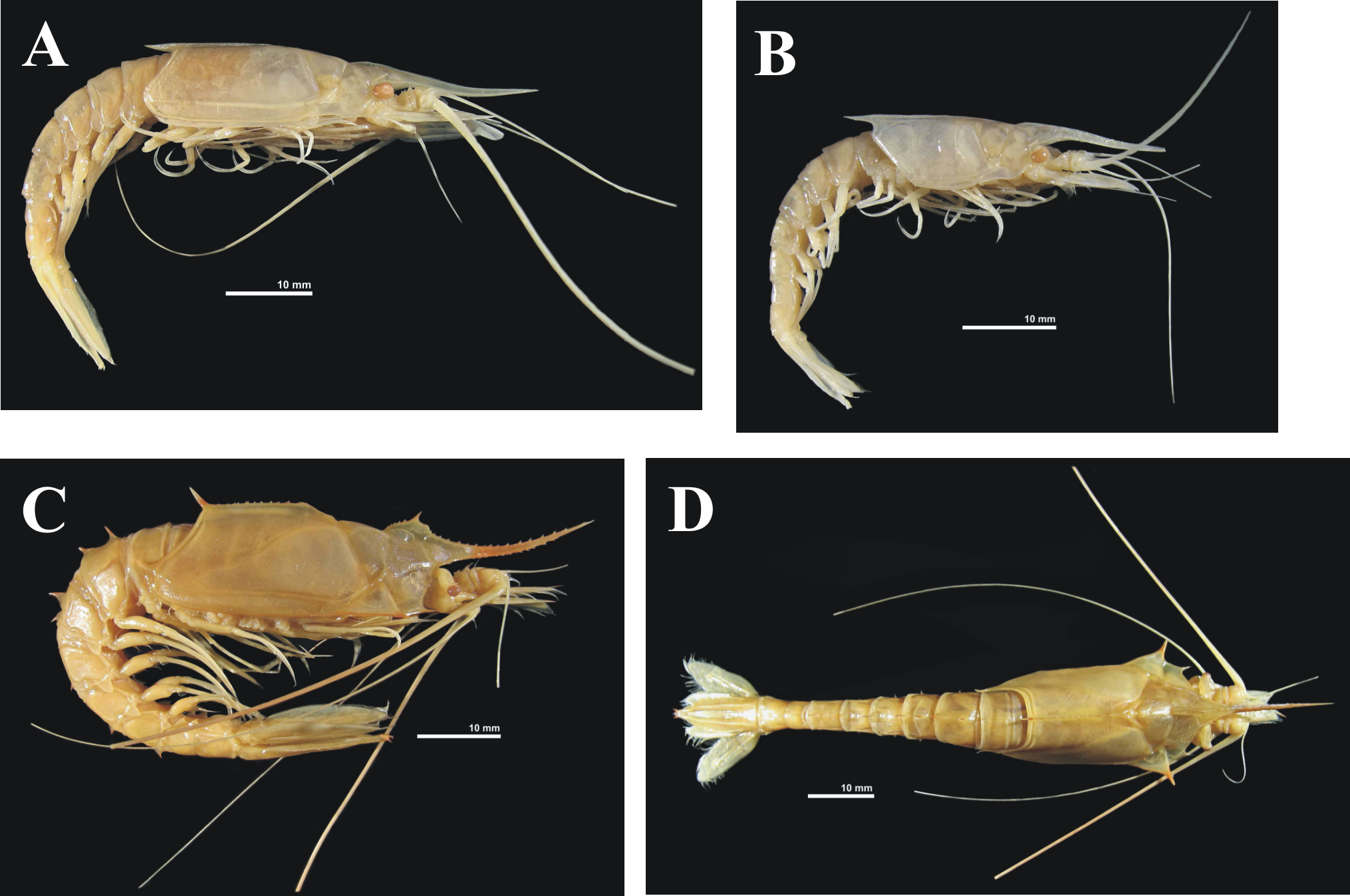 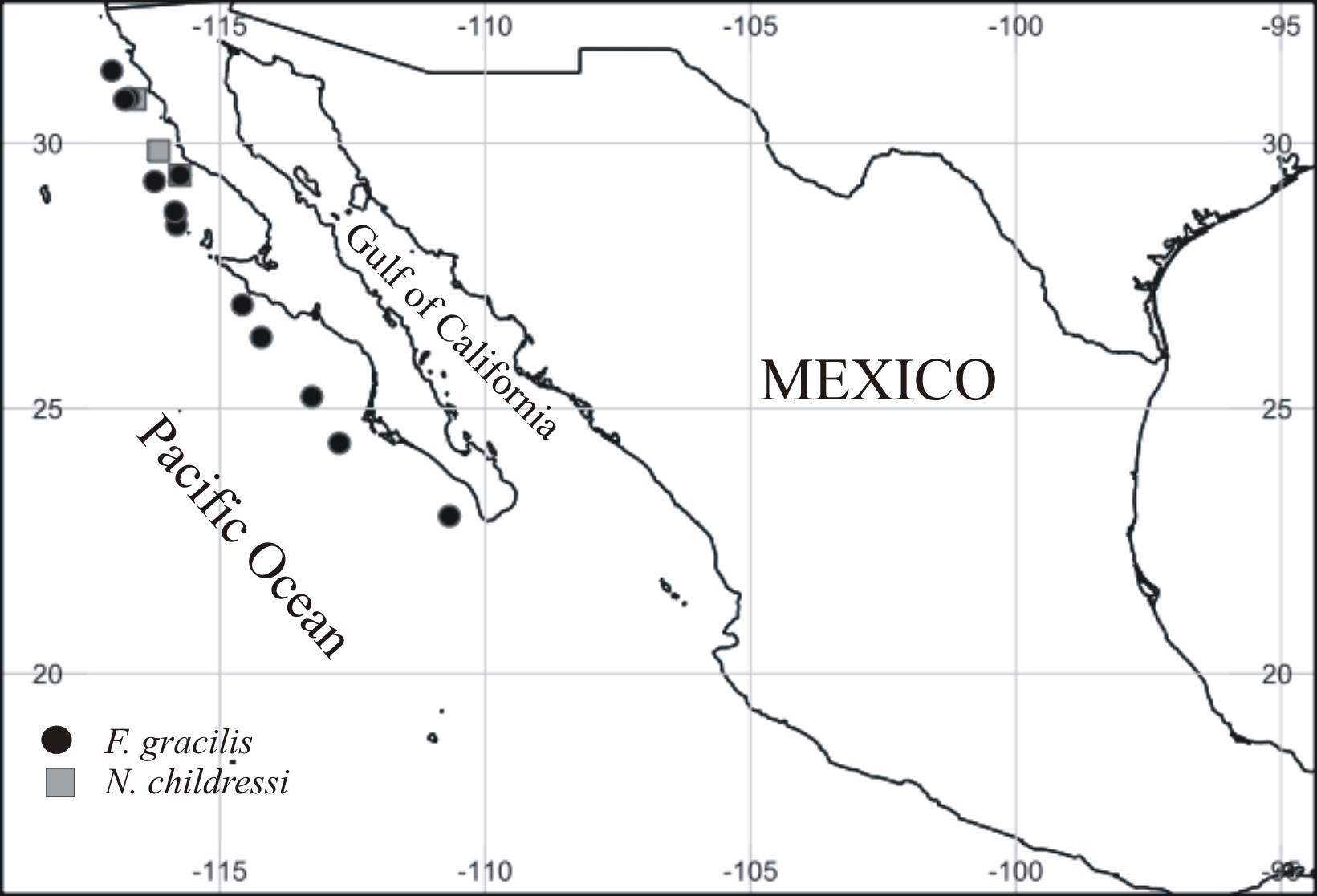