Diagnosis: —This new species is nearest related to Passiflora danielii and Passiflora trisulca , from which it differs in always having unlobed leaves and up to three pairs of large, stipitate nectaries. The flowers of Passiflora mistratensis further differ from these abovementioned species by having awns of less than 2 mm long (vs. long, conspicuous awns in excess of 6–7 mm in length).

Phenology: —This species can be found in flower between October and April, with fruit recorded in March and April. The effective pollinator of the flower has not been observed, however, the structure of the flower suggests pollination by bees and medium sized flying insects.

Etymology: —This species is named after the municipality Mistrató, Risaralda, Colombia.

Distribution and habitat: —This new species can be found at various locations throughout the Cauca Valley of Colombia ( Fig. 2 View FIGURE 2 ), where it has been reported from the departments of Antioquia, Risaralda and Valle de Cauca. This for a large part follows the course of the Río Cauca, which is the central river between the Colombian Cordillera Occidental and the volcanic Central Cordillera. This species appears to be restricted to premontane cloudforests of the east-facing slopes of the Cordillera Occidental, where it grows at elevations between 1400 and 2000 m above sea level. Notable populations have been cited in the municipalities of La Ceja (Antioquia) just south of the city Medellín; Mistrató (Risaralda) west of the city Manizales; and Darién (Valle de Cauca) north of Calí, where it was first found growing near the shores of the Calima Reservoir in secondary disturbed forest.

Conservation notes: —The several collections (<25 specimens recorded in situ) of this species and georeferenced sightings (unvouchered) were found mostly within the northern extent of the Cauca Valley , and may show the limit of its potential distribution. Plotting those georeferenced points in GeoCat software gives a total Area of Occupancy ( AOO) of about 20 km 2 and an Extent of Occurrence of 2,940 km 2, scaling Passiflora mistratensis EN (Endangered) according to the software. This is further supported by the IUCN (2019) criterion B1a quantifying a 5,000 km 2 threshold; and criterion C2a quantifying an estimated total population of less than 2,500 mature individual plants and a decline caused by its fragmented distribution and habitat disappearance. Of course, before an official Conservational Assessment could be given, other factors such as habitat stability and extent of deforestation within this distribution have to be taken into account. This would require much additional fieldwork to be carried out in this region. There is only one National Park (Cerro Tatamá) located within its distribution, however, several smaller nature protectorates (Quinchia, Santa Emilia, Farallones de Citara) are situated across this area. The species has also been collected for conservation by Gustavo Morales, and is cultivated both locally (Jardín Botanico de Bogota - JBB) and in private collections across Europe and the United States. 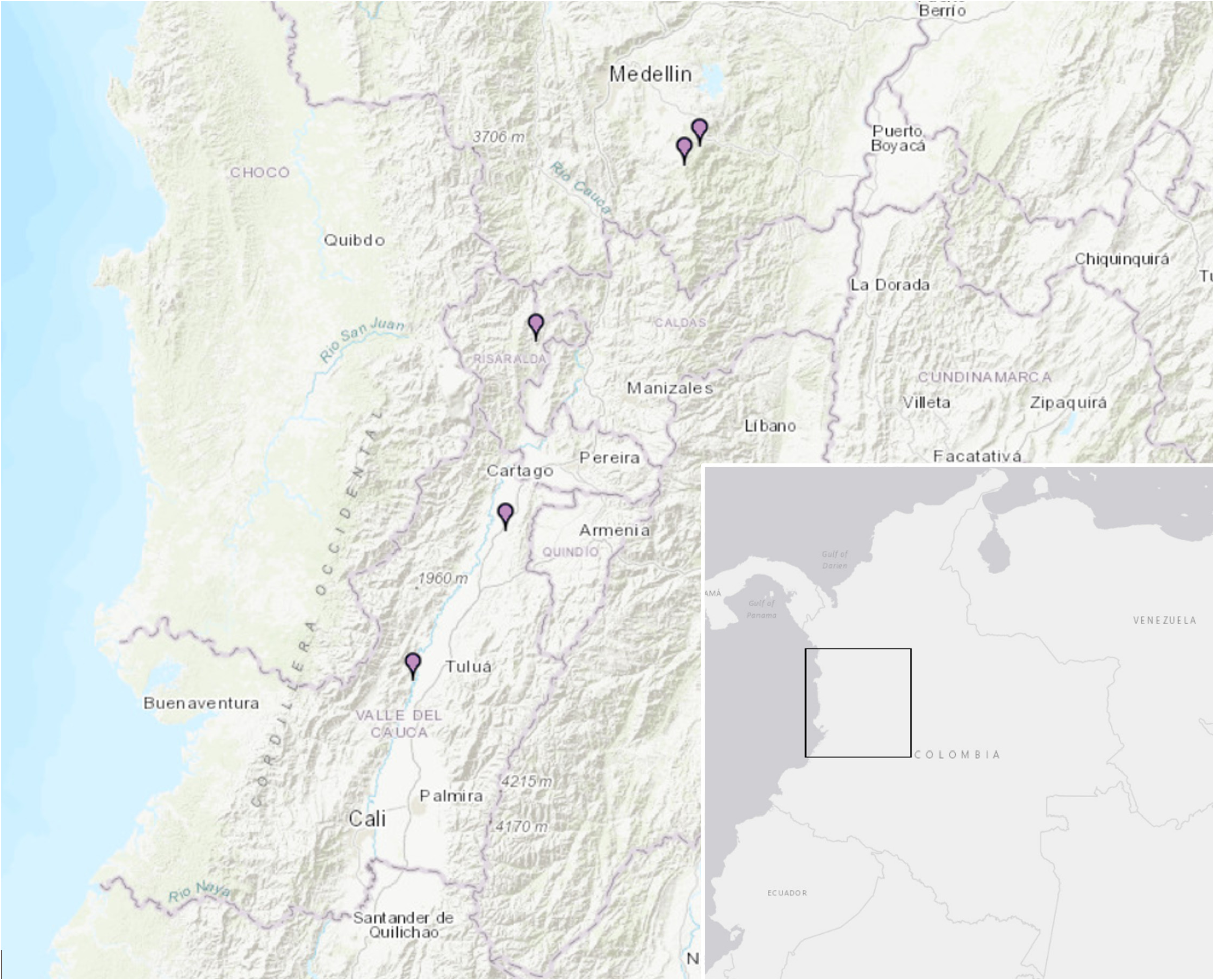