Discussion. Only the paratypes, from the same locality as the holotype, were studied. The paratypes are in a rather poor condition (the hypopygium in Fig. 14 BView FIGURE 14 is flattened in preparation). Pseudoaerumnosa inviolata Rudzinski  most closely resembles P. clivicola  sp. n. 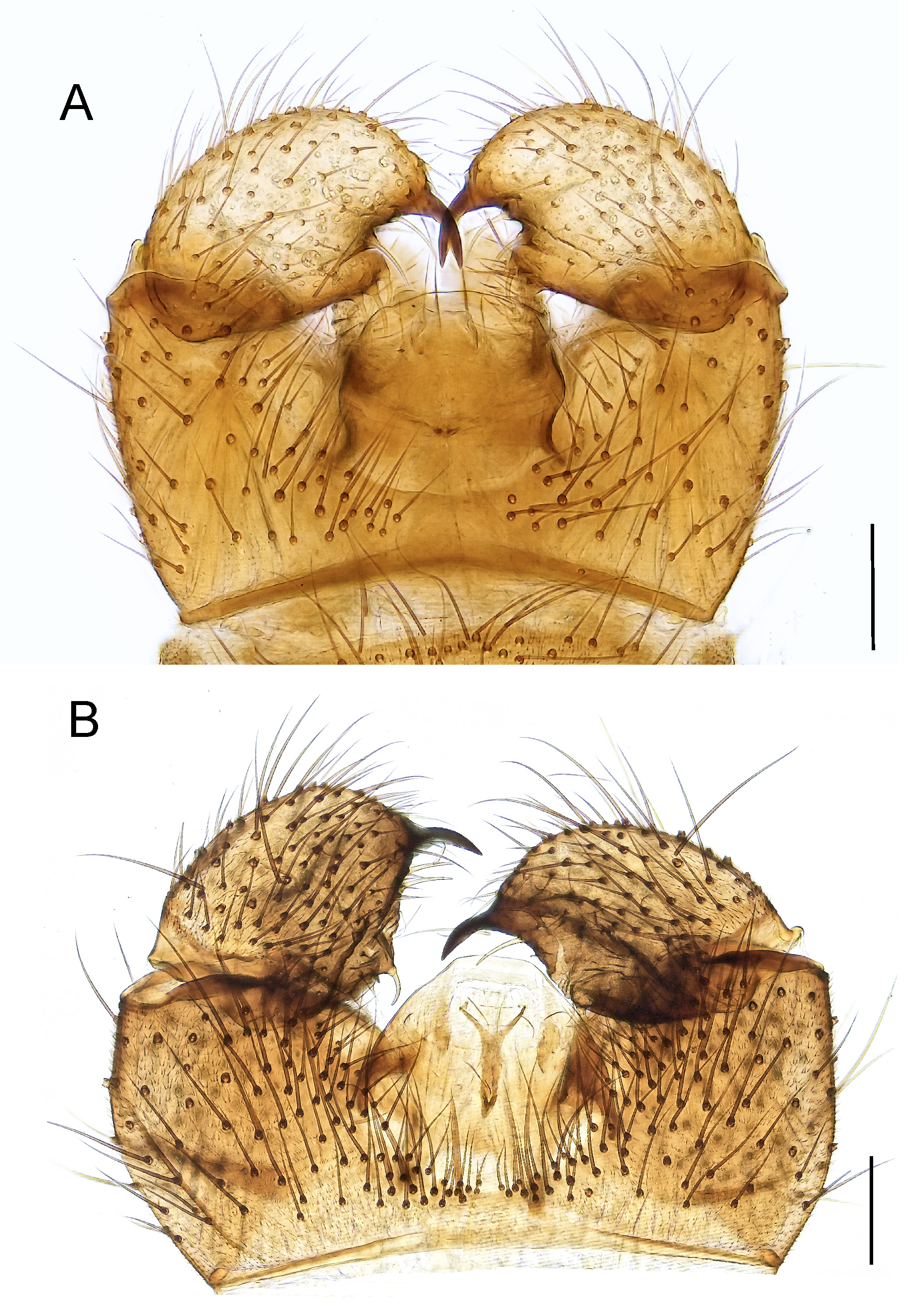