DNA sequences. The DNA sequences of COI barcode region taken from four paratypes are deposited in Gen- Bank. The Accession Numbers are provided in Table 1. This species (a paratype) was included in the phylogenetic analysis by Vilkamaa et al. (2018) as Pseudoaerumnosa  sp. 1.

Discussion. Pseudoaerumnosa obovata  sp. n. has a wide distribution and shows slight variation between specimens from different localities ( Figs 15–17View FIGURE 15View FIGURE 16View FIGURE 17). The barcoded specimens from Selangor, Malaysia and those from Papua New Guinea are identical in their morphology and COI sequence with the Brunei specimens, whereas there is only 95 % congruence in the barcode COI sequence between the material from Khao Yai, Thailand and that from from Brunei. It may be that P. obovata  in the present concept is a species complex which needs a more detailed study using molecular and advanced microscopy methods.

Pseudoaerumnosa obovata  shares with many species a similar gonostylar structure with 2 sub-basal megasetae and a medial lobe with 3 to 6 megasetae. Pseudoaerumnosa obovata  is very similar to P. collicola  sp. n. and P. junciseta  sp. n. in having an apically and laterally roundish tegmen and both dorsally and ventrally setose hind margin of wing. Pseudoarumnosa collicola  differs from the two other species in having a broader gonostylus with a rather short apical tooth which is slightly constricted sub-basally and in having a strongly roundish tegmen, whereas P. junciseta  is distinguished in having a very narrow apical tooth and megasetae of the gonostylus, in having an evenly narrowed apical tooth and in having its wing vein R1 joining c beyond the level of the base of the M-fork.

Etymology. The name is derived from the Latin words ob-, towards, and ovum, egg, referring to the subovale tegmen of the hypopygium. 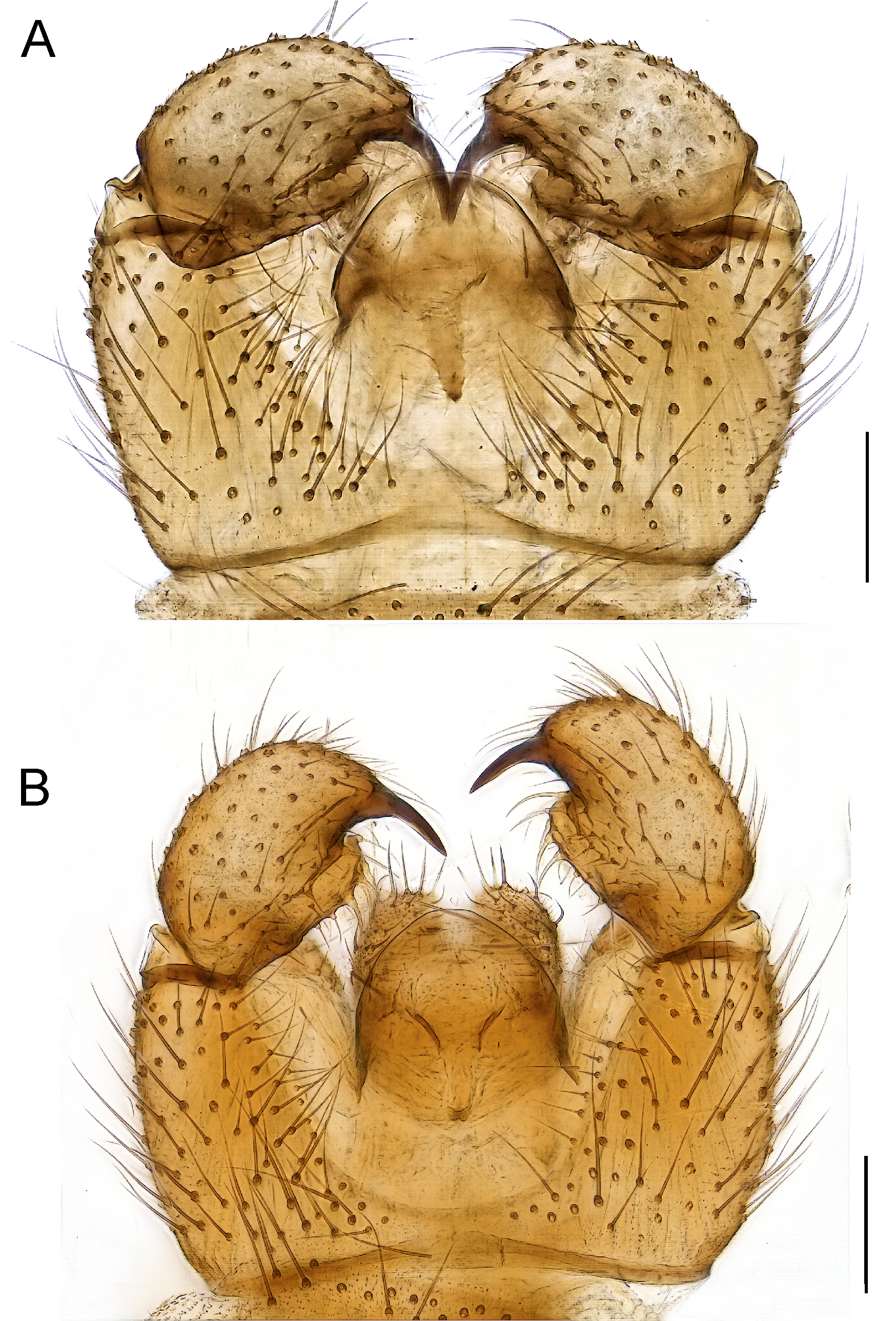 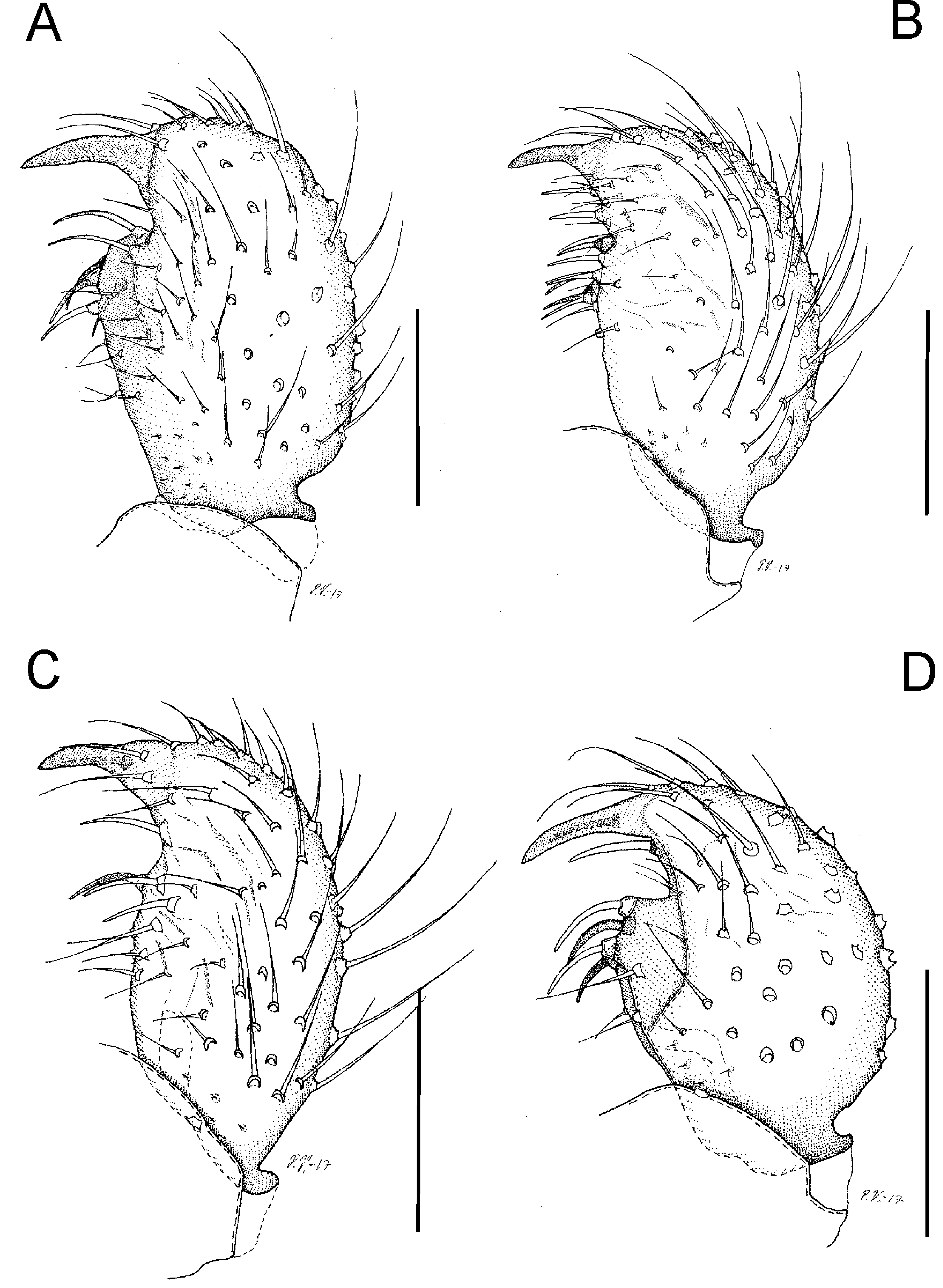