DNA sequences. The DNA sequences of COI barcode region taken from two paratypes are deposited in Gen- Bank. The Accession Numbers are provided in Table 1.

Etymology. The name is Latin, formosa  , beautiful, referring to the elegant curvature of the apical tooth of the gonostylus. 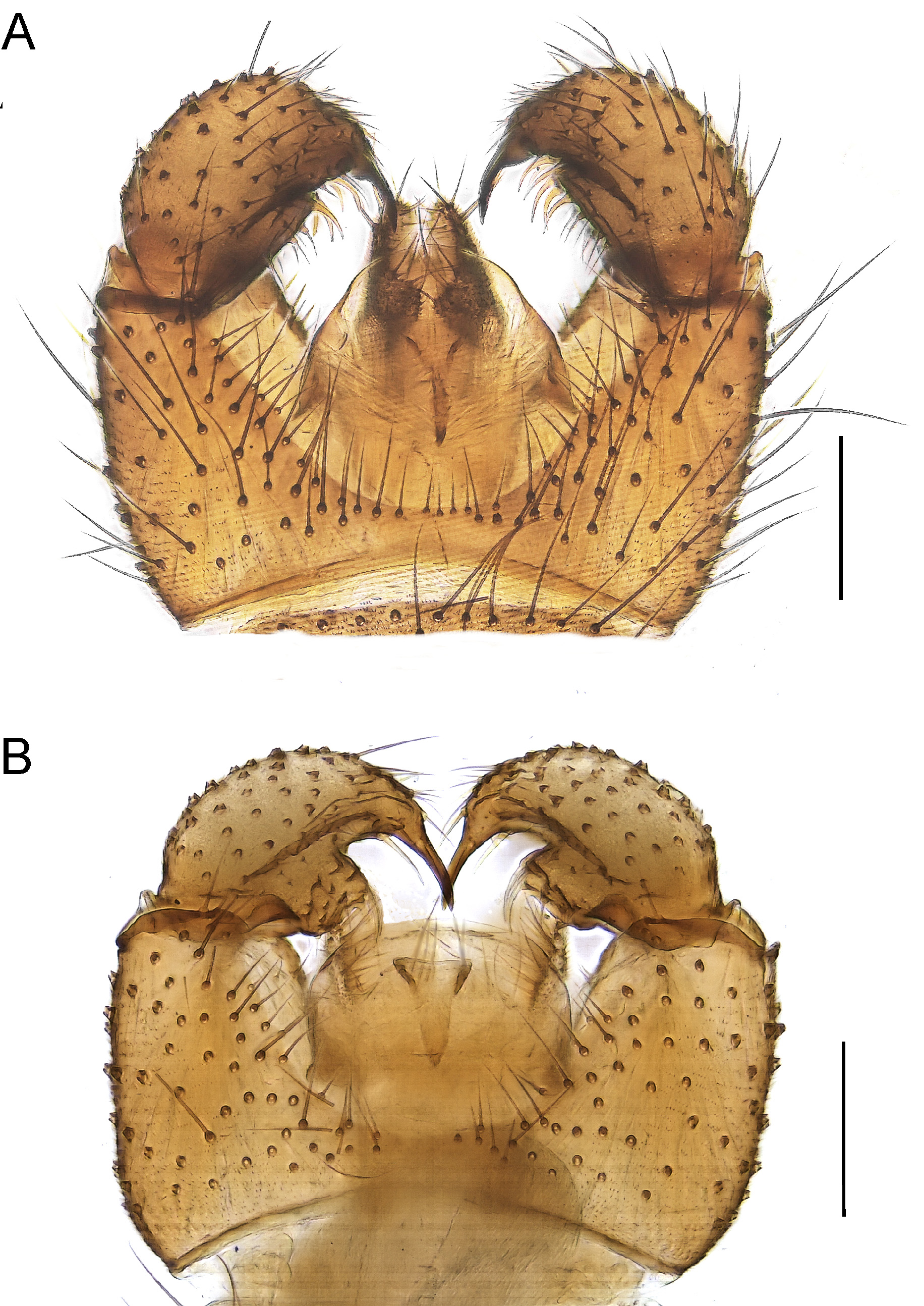