DNA sequences. The DNA sequence of COI barcode region taken from a paratype is deposited in GenBank. The Accession Number is provided in Table 1. This species was included in the phylogenetic analysis by Vilkamaa et al. (2018) as Pseudoaerumnosa  sp. 2.

Etymology. The name is Latin, eminula  , projecting, referring to the projecting finger-like process of the tegmen. 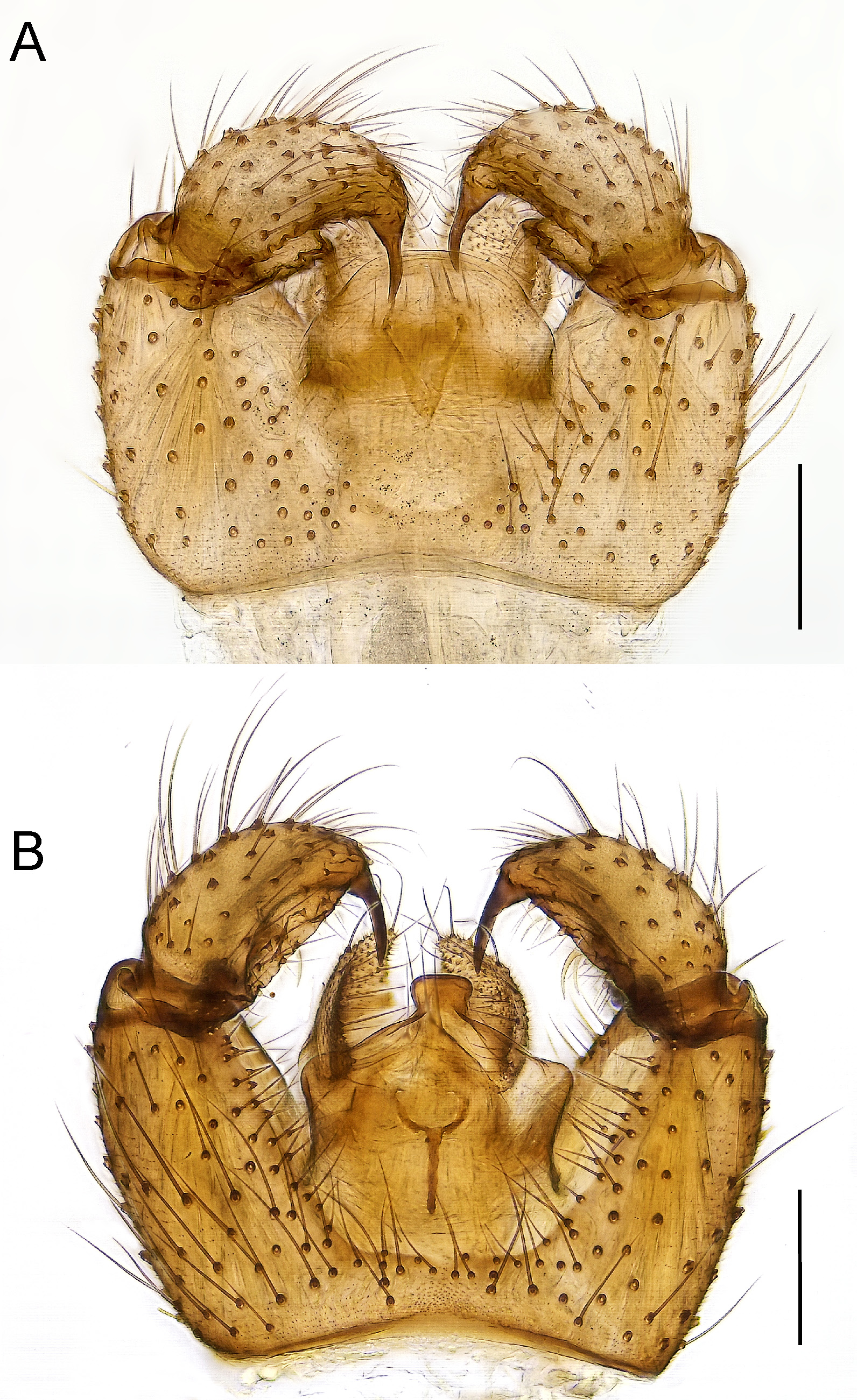