DIAGNOSIS: T his appears to be a southern vicariant of the widespread species C. plena (cf. figs. 1–11); the two species have been collected together only in the Reserva Biológica Hitoy Cerere in Limón. Males have a much larger, wider, more rectangular proximal embolar prong (figs. 417–422) and females have a larger, less triangular genital atrium (figs. 426, 427).

SYNONYMY: Chickering collected at Volcán, Chiriquí, Panama, from Aug. 9–14, 1950, and described five species of Dysderina based on specimens he captured there: three based exclusively on males, and two based exclusively on females. He recognized that the female holotype of D. potena “appears to be closely related to D. plena ,” so it is surprising that he did not match that specimen with the males of D. concinna , which closely resemble the males of C. plena . Both sexes have since been taken together in Panama. 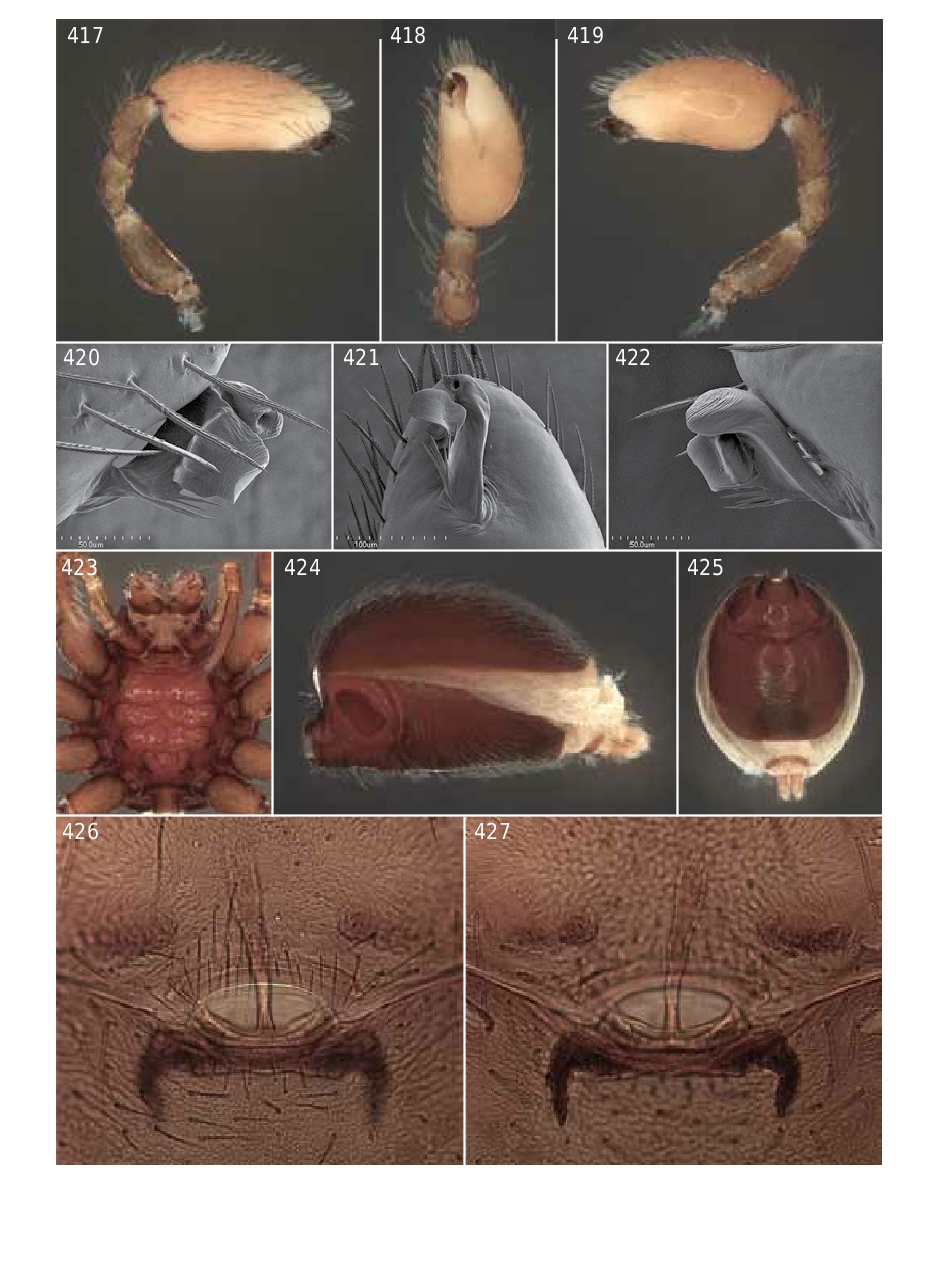