Both taxa have the same size (8 mm) and coloration: head and thorax yellowish. Pronotum with four black spots near anterior margin, disc with punctate brown spots. Forewing with larger brown spot on corium and irregular brown spots on clavus, costal margin and apex of wing. Study of photographs of the holotypes of both species ( Figs 58–61, 67–70View FIGURES 58 – 75. 58 – 66), deposited in the C. A. Triplehorn Insect Collection (OSUC), and comparison to the original descriptions and illustrations indicates that the two taxa are the same species and, for now, it is retained in Curtara  following DeLong & Wolda (1982). This species may belong in Ponana  , but this change cannot be confirmed until specimens are studied. 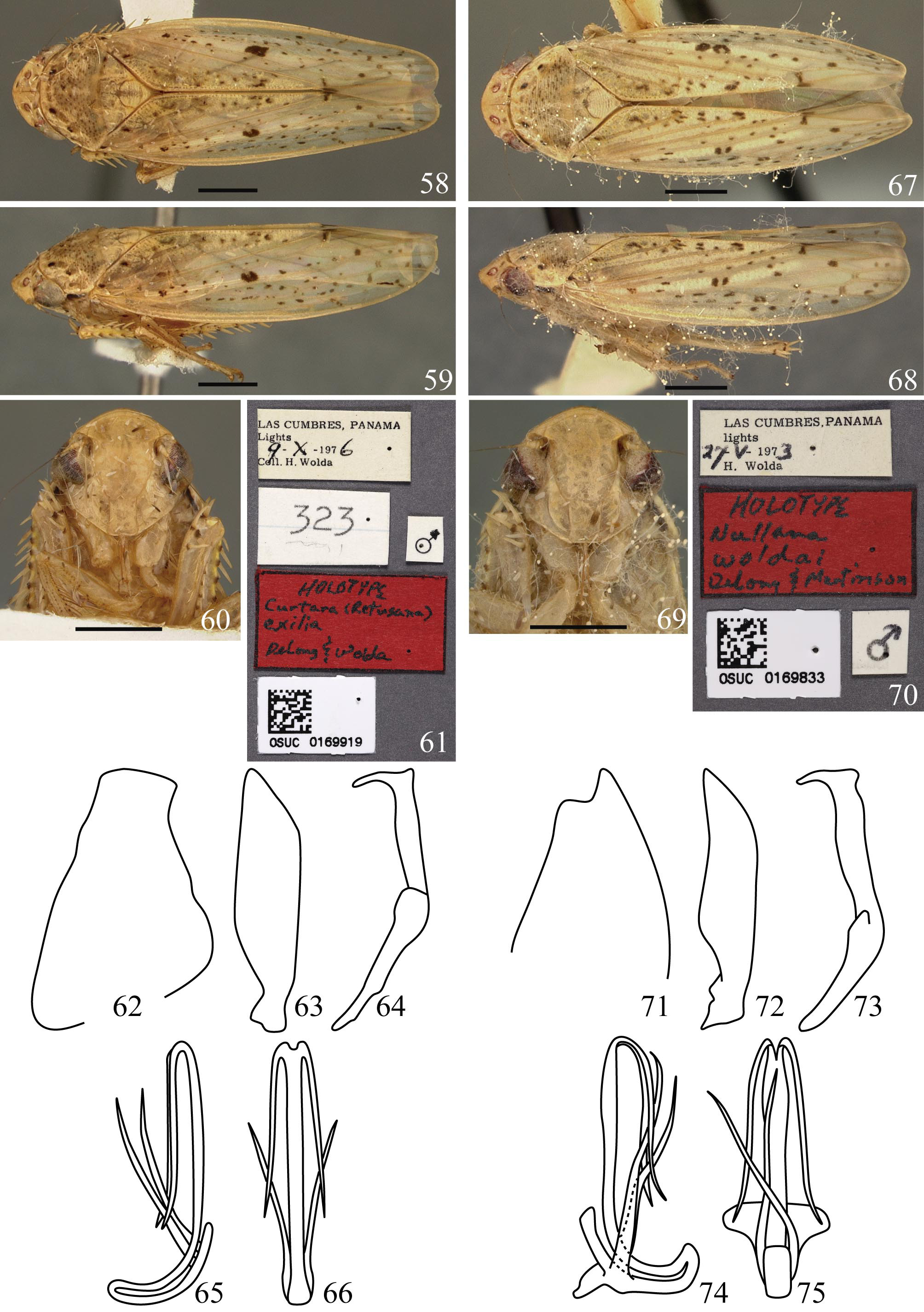