Along the Brazilian coast, C. ordinata occurs from Ceará to the south of Espírito Santo, confirming the tropical distribution of this species. Cell dimensions were very similar in specimens from Ceará, Bahia and Espírito Santo.

Cladophora ordinata is the most characteristic species of the genus due to its ramification pattern. Therefore, there are no difficulties in identifying this species. Previously, Willeella was considered a separate genus from Cladophora , but Hoek (1982) argued that the characteristics that distinguished it from its closely related species ( C. jongiorum , C. sericea and C. albida ) were insufficient to consider it a separate genus. The specimens studied match descriptions of C. ordinata from the American North Atlantic ( Hoek 1982) and Japan (Hoek & Chirara 2000). According to Hoek & Chihara (2000), C. ordinata is a sub-tidal species from the open sea and is only collected from deep water. However, in Venezuela C. ordinata was found growing attached to stones in areas of moderate wave action and approximately 1 – 2 m in depth ( Hoek 1982). In Japan, C. ordinata occurs on sandy bottoms, pebbles, stones and on crustose coralline algae in water that is 25 – 30 m deep. Off the west coast of Africa, specimens (as W. ordinata ) were collected from water 8 – 14 m deep ( Lawson & John 1982). Recently, Yoneshigue-Valentin et al. (2006) recorded the occurrence of C. ordinata (as W. ordinata ) in deep water (58 m) off the south coast of Bahia (16°47’14’’S and 038°41’33’’W). Cladophora ordinata belongs to the tropical amphiatlantic group and has been collected in the Caribbean, the tropical Indian Ocean ( Silva et al. 1996), and Japan, its northern limit ( Hoek & Chihara 2000). In Brazil, the boundary of its distribution is the south of Espírito Santo. This study presents the first record of this species from Ceará. 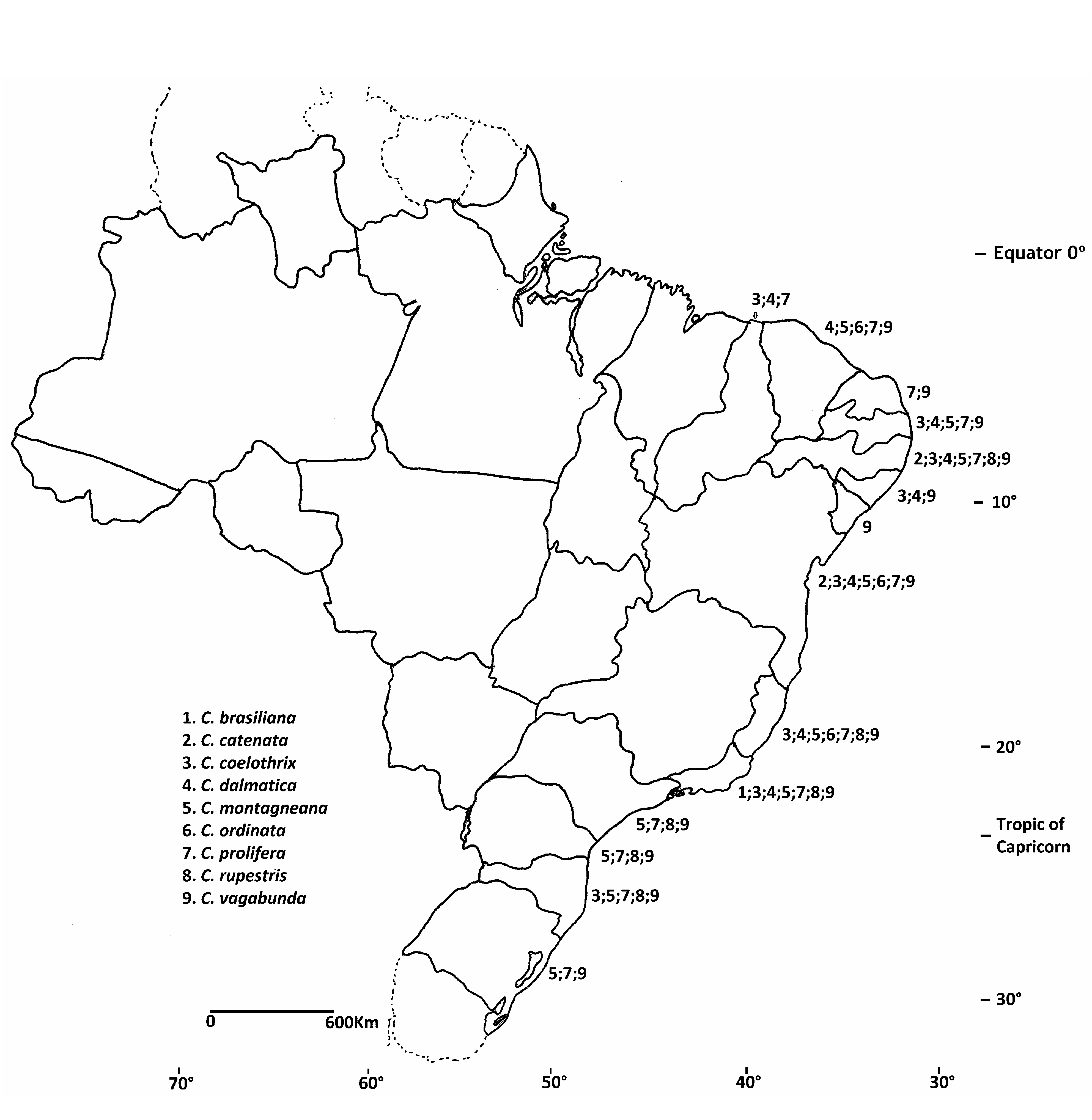 MAP 1. Distribution map of the species of the genus Cladophora along the Brazilian coast. 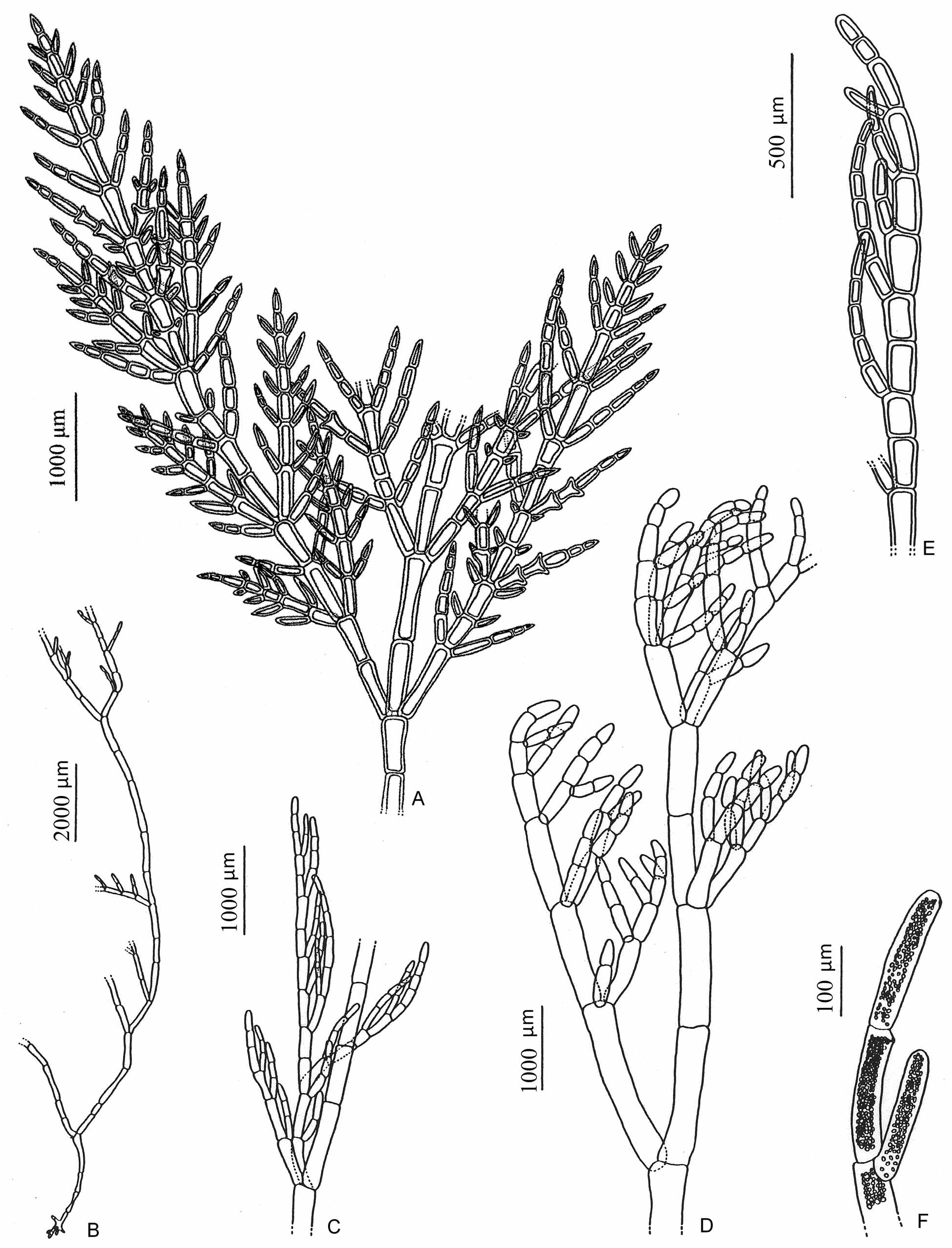