Etymology. This species is named after Temasek , a historic name of the type locality, Singapore; noun in apposition.

Remarks. Specimens of this species are rarely sighted and collected. The holotype was without both hind legs and the female paratype was with only one hind leg. They probably reside in the canopy and fell to the ground on rare occasions. 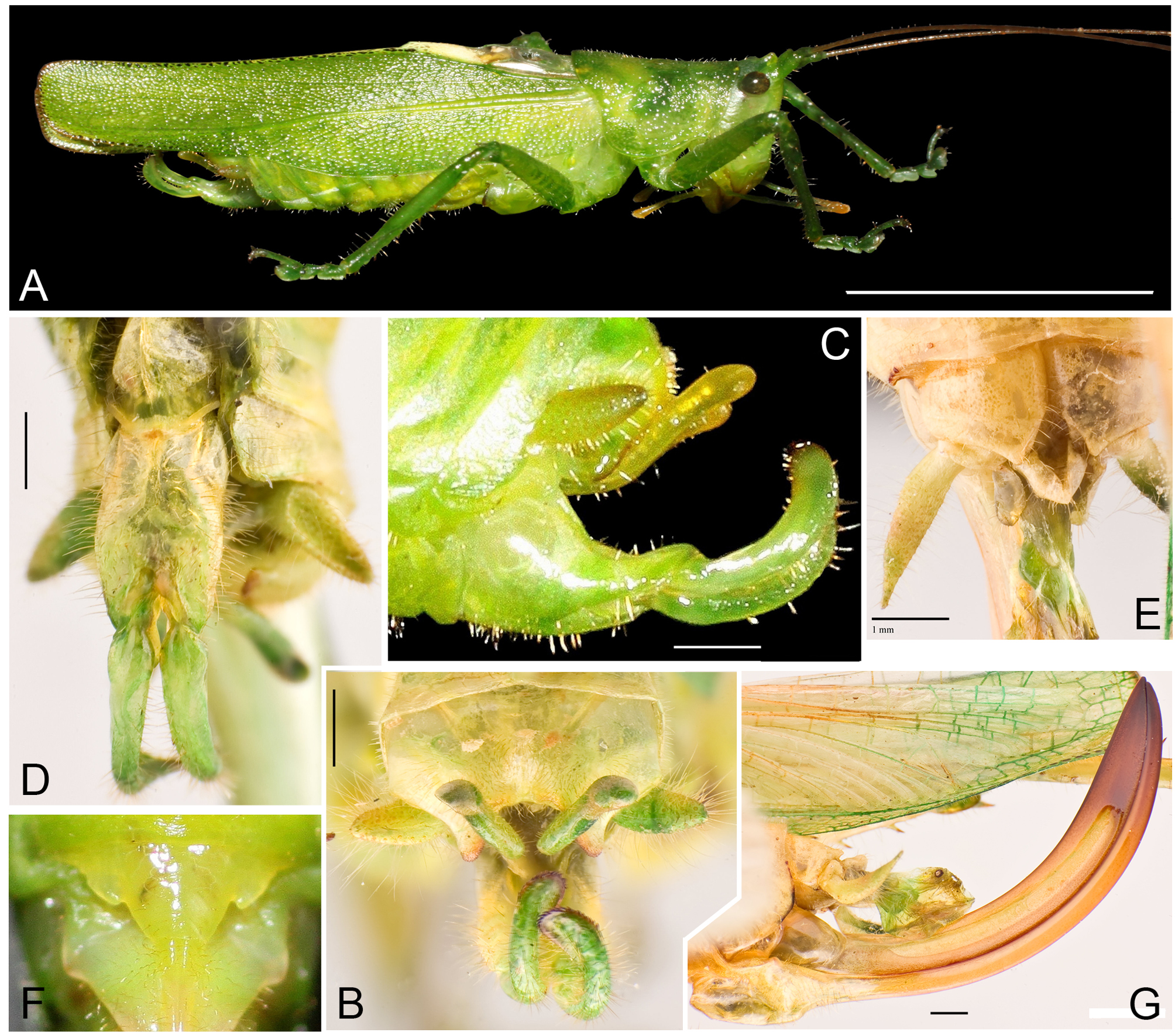