Syndicus macrostictus (Lea)  ; implied new combination ex Phagonophana  , which was synonymized with Syndicus  by Franz, 1971 b.

Remarks. Franz (1975) studied two specimens from SAM, and he treated one of them as a holotype (without specifying the sex), the other one as a male co-type. Lea (1910) clearly stated that two specimens were available to him: "One specimen was taken from an ants' nest under a stone, a second under a near by stone but not associated with ants". These two specimens have a status of syntypes, and Franz's (1975) redescription does not contain any data that fulfill the requirements of the formal lectotype designation. The two specimens presumably were originally mounted on one card (a frequent case in the Lea Collection) and separated in a later time. The " holotype " mentioned by Franz as a specimen bearing the original set of labels is a female, and the "co-type" without original labels is a male, distinctly smaller than the female, and with the aedeagus mounted by Franz in euparal (remounted in Canada balsam during the present study) and illustrated ( Franz 1975; Fig. 125View FIGURES 121 – 128). The aedeagus is erected and distorted ( Fig. 82View FIGURES 80 – 88), but internal structures are highly similar to those found in all additional males from the Australian Capital Territory and Tasmania, and also in the holotype of Horaeomorphus australiensis  . The 25 specimens from Blundells Creek and 11 from various localities in Tasmania show a considerable variation in the body length and pigmentation, ranging from small (BL 2.63 mm) to large (BL 2.98 mm) individuals and from sharply contrasting light and dark elytral pattern to only indistinct (but still discernible) spots with diffused margins. The aedeagus of the holotype of H. australiensis  does not differ from those found in all males from Blundells Creek and Tasmania, and the specimen's external morphology falls within the range of interindividual variability of H. macrostictus  . Horaeomorphus australiensis  is therefore placed as a junior synonym of Scydmaenozila macrosticta  (= Horaeomorphus macrostictus  ). The male syntype of Phagonophana macrosticta  that does not bear the original labels ( Fig. 76View FIGURES 72 – 79) is here designated as a lectotype to provide a name-bearing type for this name.

As mentioned above, this species is relatively variable in the body length, proportions of body parts and the elytral pattern. Specimens from Tasmania and Australia are similarly variable and do not differ in the range of variability. However, since these populations are isolated, an analysis of larger samples may reveal some subtle differences. The elytral pattern, although variably distinct, is observable even in the most darkened specimens, in which the contrast between lighter and darker spots is low. In all remaining species of Scydmaenozila  no traces of elytral pattern can be seen and the elytra are uniformly brown.

Two specimens from NHM (the type series of H. australiensis  ) bear labels with "S Australia, Bakewell". There is Bakewell Bore in South Australia (over 630 km NW of Adelaide), but Bakewell on the labels is most likely a person name (Adam Ślipiński, in an email to the author dated 06.03.2014). The exact collecting place of Scydmaenozila macrosticta  in South Australia remains unknown, but judging from the distribution in the Australian Capital Territory and in Tasmania (where it is known from scattered localities from nearly entire island), this species may occur in SE part of South Australia and possibly also in Victoria. 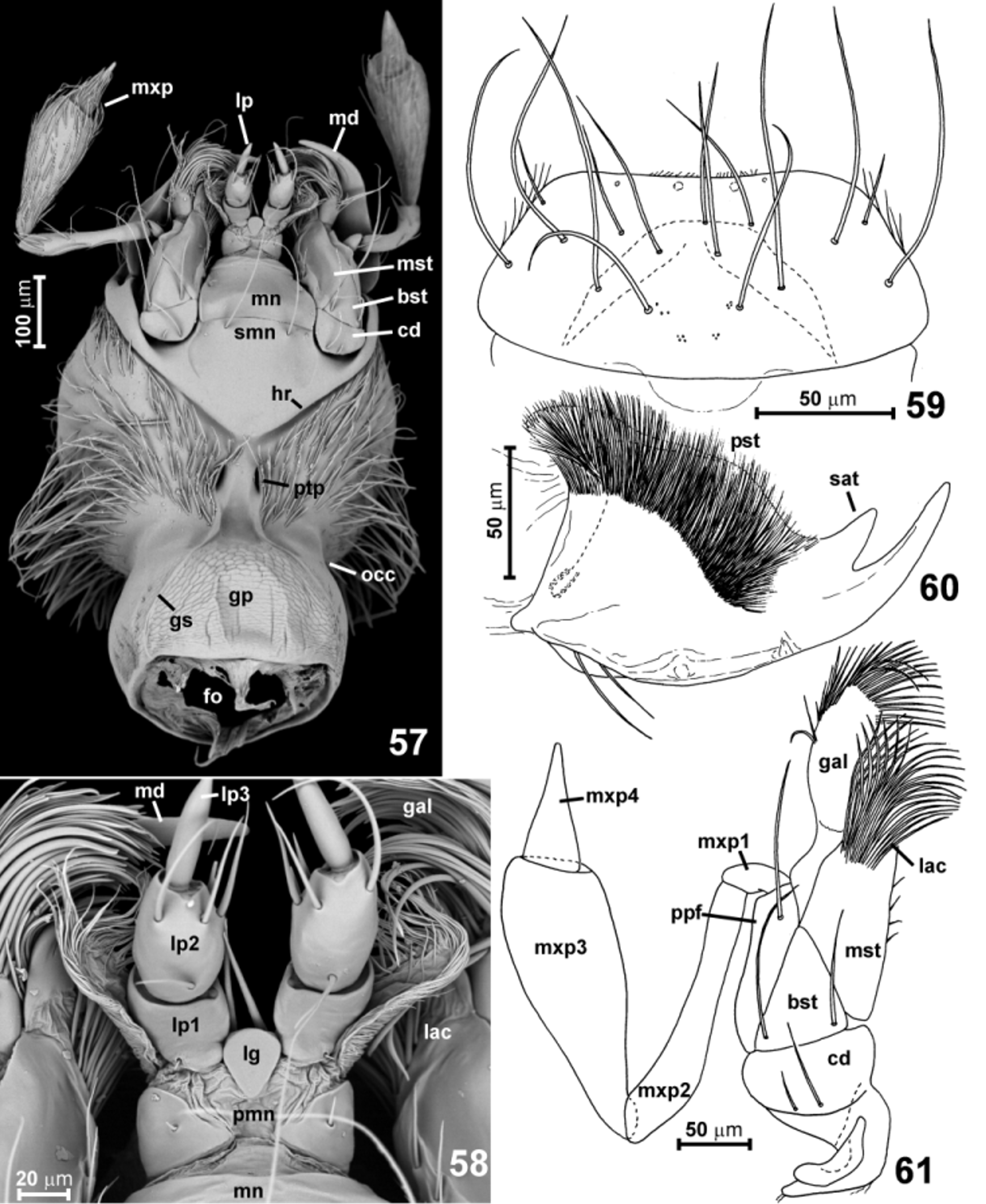 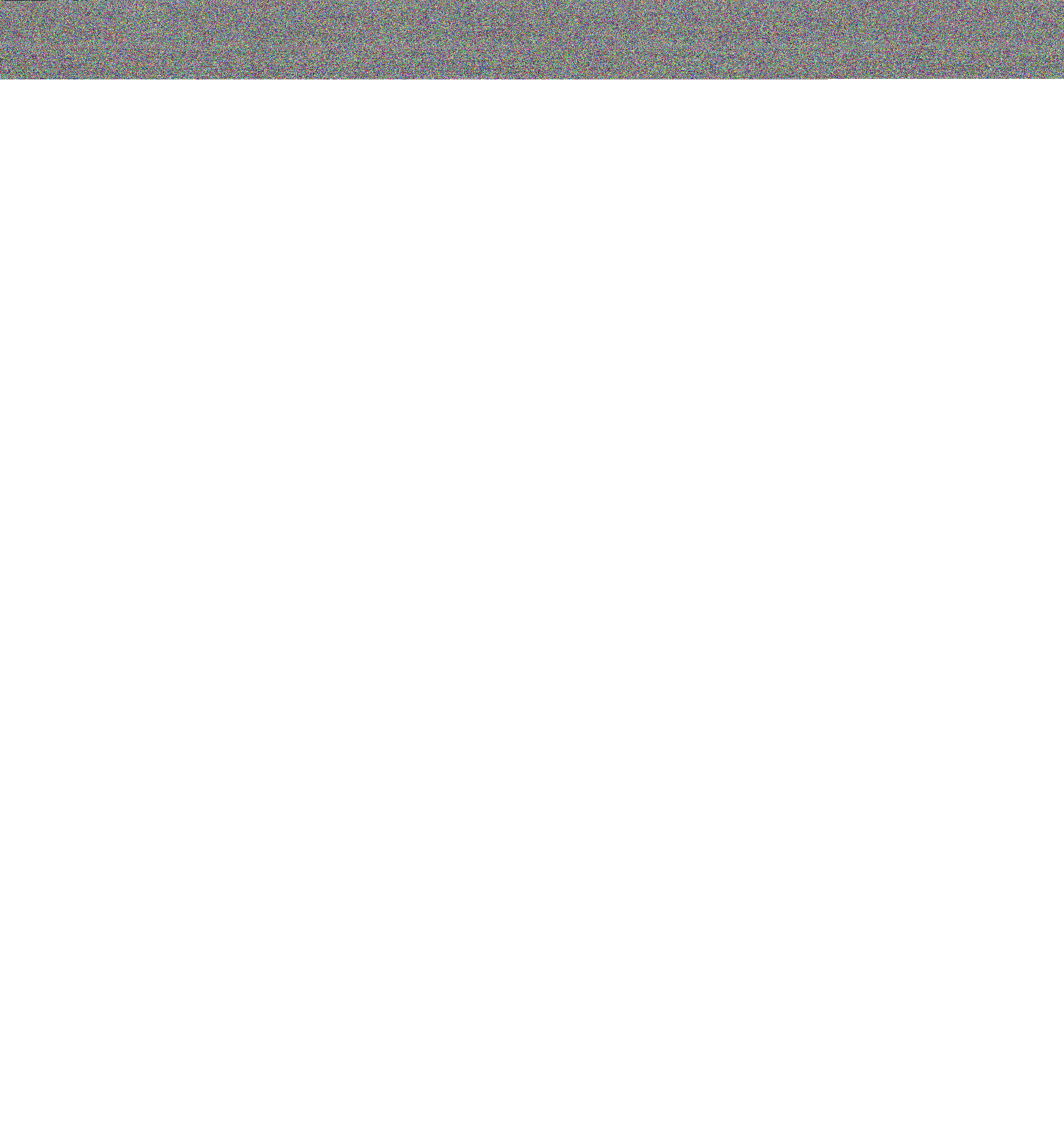 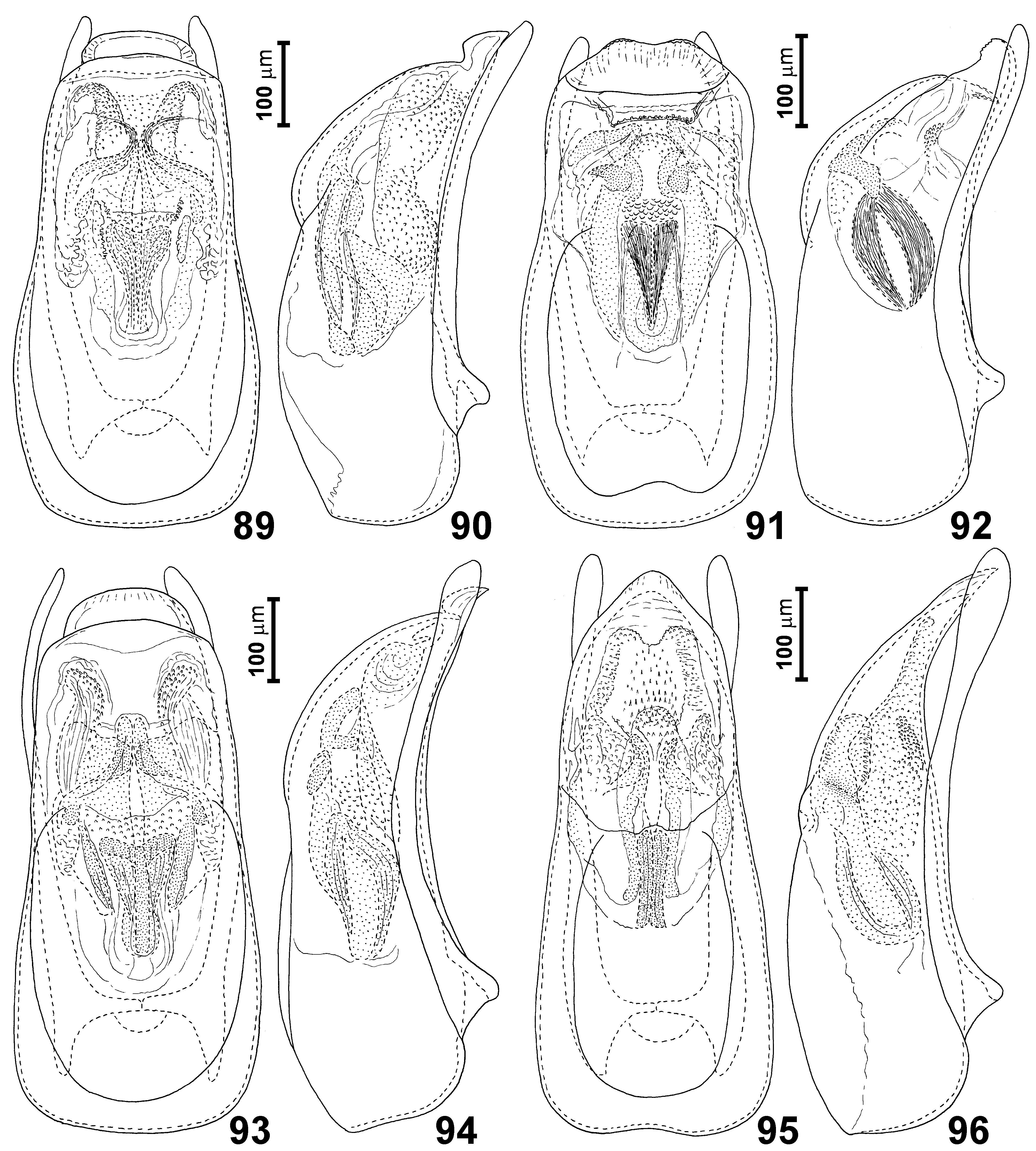 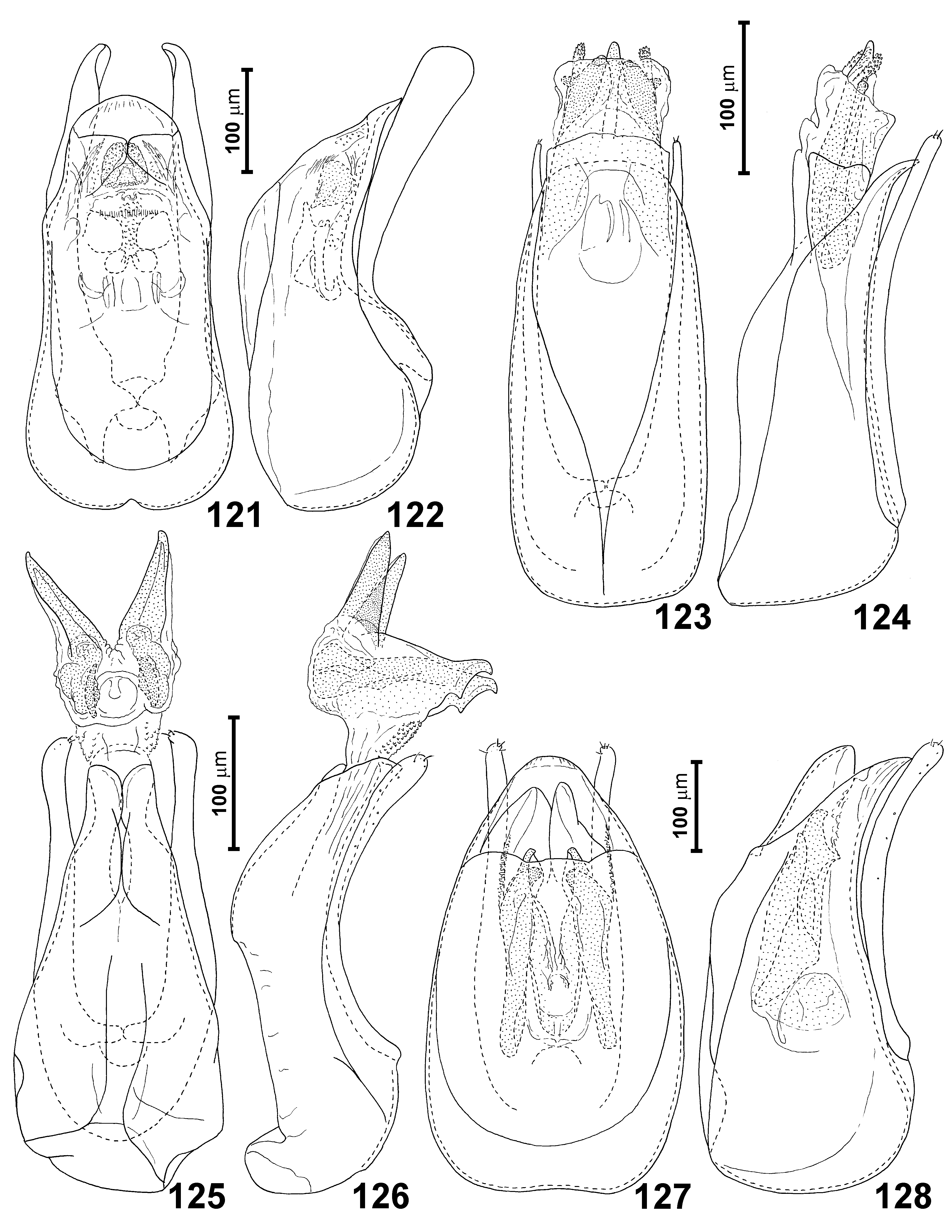