Syndicus anthicoides (Lea)  ; implied new combination ex Phagonophana  , which was synonymized with Syndicus  by Franz, 1971 b

Remarks. Horaeomorphus anthicoides  among Australo-Oriental congeners is most similar to H. verus  sp. n. described below. Both species have slender and flat bodies with distinctly elongate pronotum, with unmodified hind trochanters and femora in males. These characters clearly separate the Australian species from those occurring in the Oriental region that have a broad, nearly circular pronotum, strongly convex body or male sexual dimorphic characters located on the hind legs. A similar body form to that of H. anthicoides  and H. verus  can be found in H. wailimae (Lhoste)  and H. deformatus Jałoszyński, 2006  , but these species have modified hind legs. Horaeomorphus anthicoides  externally also resembles H. minor Jałoszyński, 2009  from the Philippines, but the latter species has a strongly asymmetrical internal armature of the aedeagus. Interestingly, H. fakfakensis Jałoszyński, 2009  from New Guinea is not so similar to the Australian congeners.

Franz (1975) studied three specimens from SAM, and he treated one of them as a holotype (apparently the male, whose aedeagus was illustrated in Franz (1975 )). Lea (1914) did not specify the number of specimens used for the species description. Originally, all three specimens were presumably mounted on one card, and one of them was annotated as "TY" ( Fig. 25View FIGURES 22 – 28). This is not a valid designation of the holotype, and all three specimens have a status of syntypes. The Franz's (1975) redescription does not contain any data that fulfill the requirements of the formal lectotype designation. The " holotype " bears labels written apparently by Franz, who also re-mounted the three specimens; the original set of labels is now pinned under one of the females. The male is here designated as a lectotype to provide a name-bearing type for Phagonophana anthicoides  .

Three females of Horaeomorphus  representing two species ( Figs. 27–28View FIGURES 22 – 28) were found in the ANIC collection. They are similar in the general body shape and measurements to H. anthicoides  , but differ slightly in the shape of pronotum and elytra or punctation of various body parts. They were collected in the Blue Mountains and the Royal National Park. 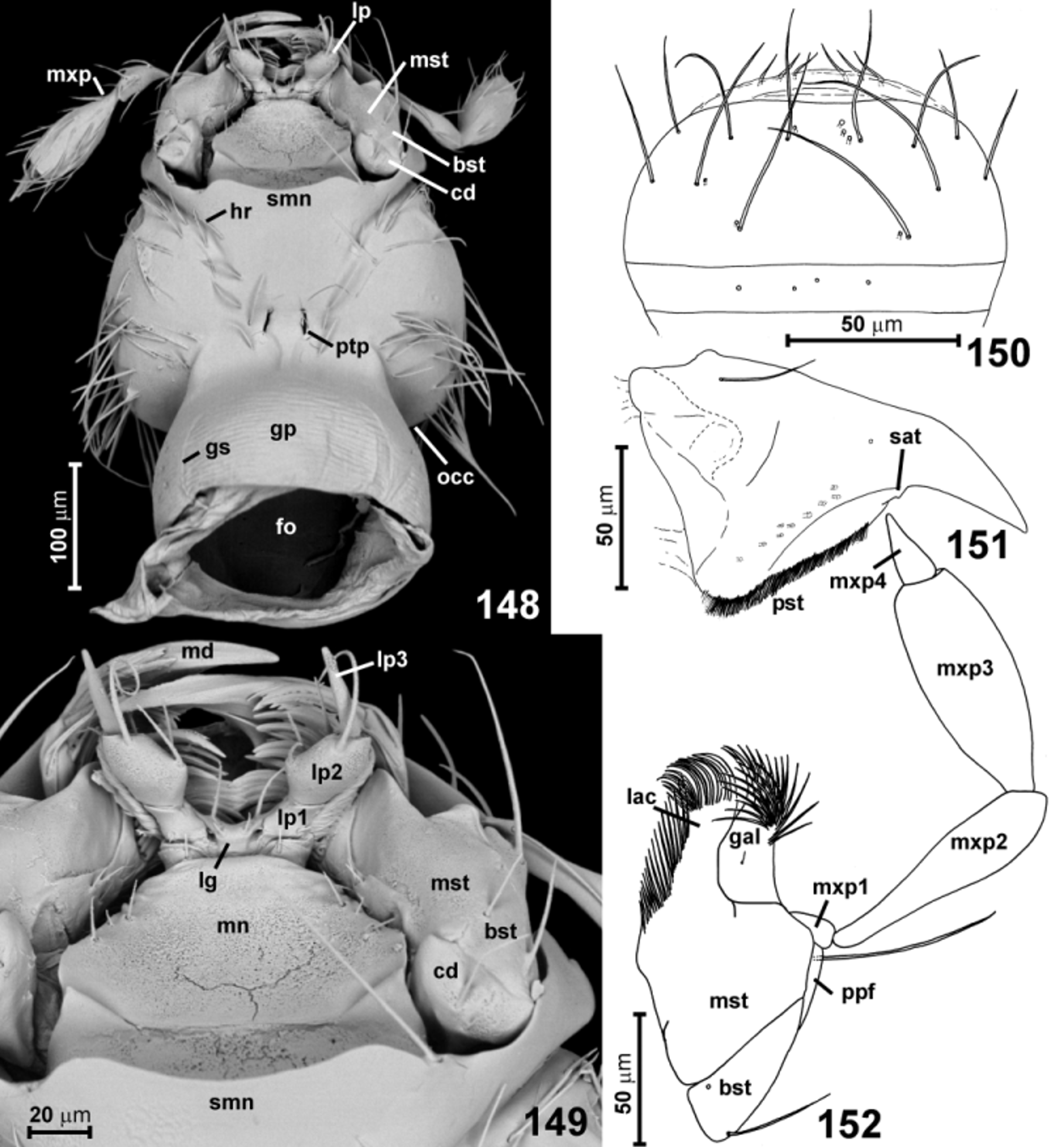