Remarks. This species, known from females only, in dorsal view highly resembles members of various subgenera of Euconnus  . Only examination of the ventral characters reveals that it in fact does not differ in any fundamental structures from other species placed here in Sciacharoides  . The shape of head is clearly different from that of any Euconnus  , but this character may be difficult to examine as the head is often declined and only partly visible in dry-mounted specimens. Similar species were described and placed by Franz (1975) in Euconnus  , without paying attention to any ventral structures; it seems possible that more Sciacharoides  (or Sciacharis  ) species can be found among other genera of Australian-Pacific Cyrtoscydmini  .

The specimen studied and illustrated in the present paper ( Figs. 148–159View FIGURES 148 – 152View FIGURES 153 – 155View FIGURES 156 – 159) is a female highly similar to the holotype of Horaeomorphus montistamborinensis  . If collected in the Tamborine Mountain, it might have been identified as belonging to the same species. However, this female comes from near the Cape Tribulation, over 1400 km NW, and it is here identified as Sciacharoides  sp., near montistamborinensis  . Another similar species with the complete antebasal pronotal groove and without pits was seen from the Lamington National Park in Queensland; this is a male with interestingly modified elytral apices. As some misplaced species of Sciacharoides  may hide among previously described Australian Euconnus  or Sciacharis  , I refrain from describing new species of Sciacharoides  until these two genera have been at least preliminarily surveyed. 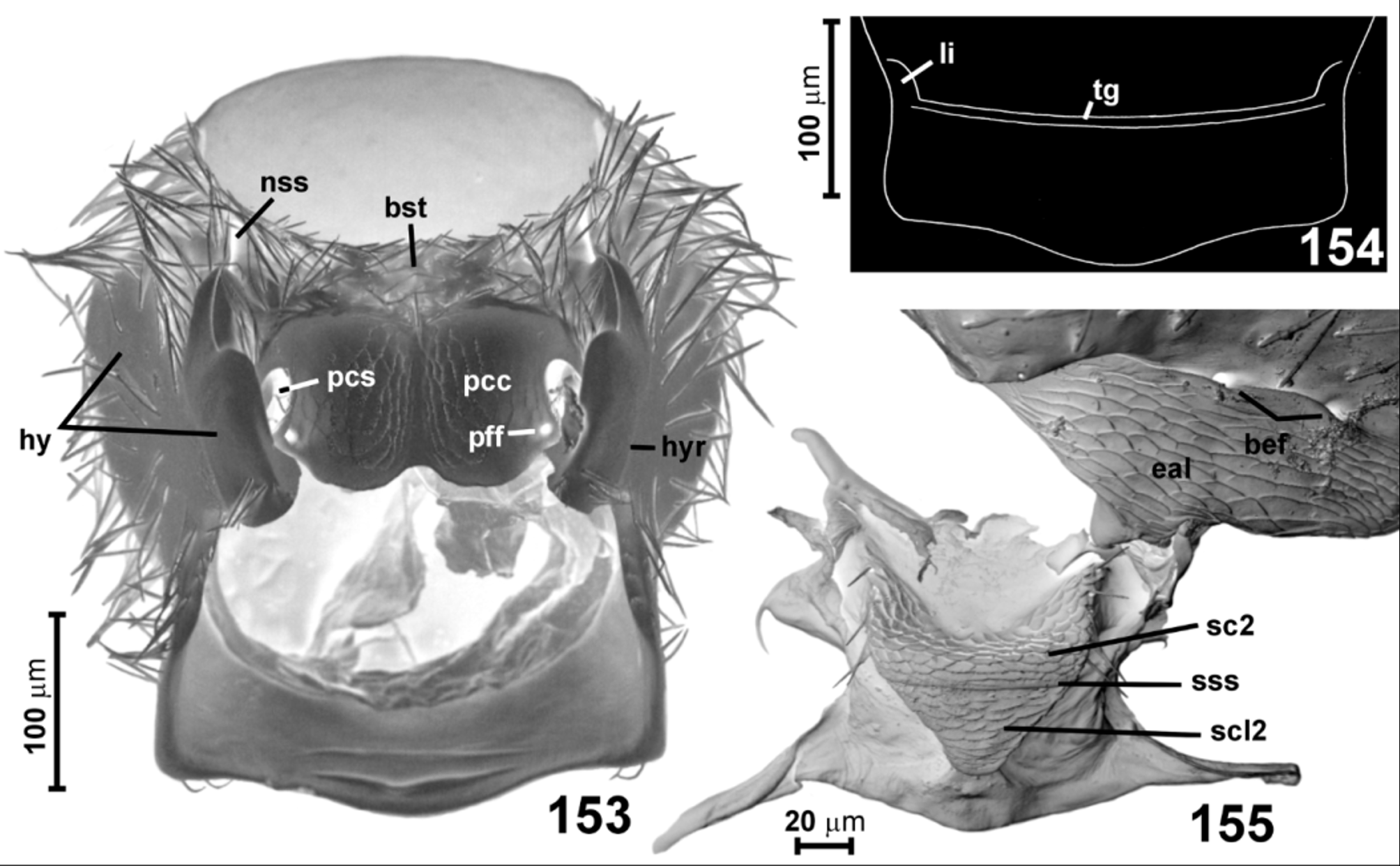