Mesoscutal lateral lobe weakly microsculptured between punctures, feebly shining. Tarsal claws in all legs with one small subapical tooth. Forewing with short crossvein lr-m; veins Rsl and Rs 2 branching before origin of crossvein 2 r-m, and distance between separation of Rsl and Rs 2 and origin of 2 r-m about 1 / 3 length of distance between origin of 2 r-rs and that of 2 r-m ( Fig. 1View FIGURE 1 C). Valvula 3 ( Fig. 2View FIGURE 2 H) slender, in lateral view, slightly upturned, about 0.60 × length of hind tibia, 0.54 × head width, and 0.87 × length of 1 st flagellomere.

Etymology. This new species is named after Mr. F. Ito, Kanmaki, who collected the holotype.

Remarks. Pleroneura itoi  is a small, light-colored species, with a short and slender valvula 3. It will be easily distinguished from the other Japanese species by the key below. From the western Palearctic and Nearctic congeners ( Smith et al. 1977; Blank 2002), P. i t oi is separated by the combination of the short and slender valvula 3 ( Fig. 2View FIGURE 2 H, about 0.6 × length of the hind tibia), presence of the subapical tooth on the tarsal claws and the largely pale-marked head ( Figs 1View FIGURE 1 C, D, 2 C, D).

No information is available as to the host plant of this species, but Abies homolepis Sieb. & Zucc.  is a good candidate, because it is probably the only species of fir distributed in the type locality ( Liu 1971). 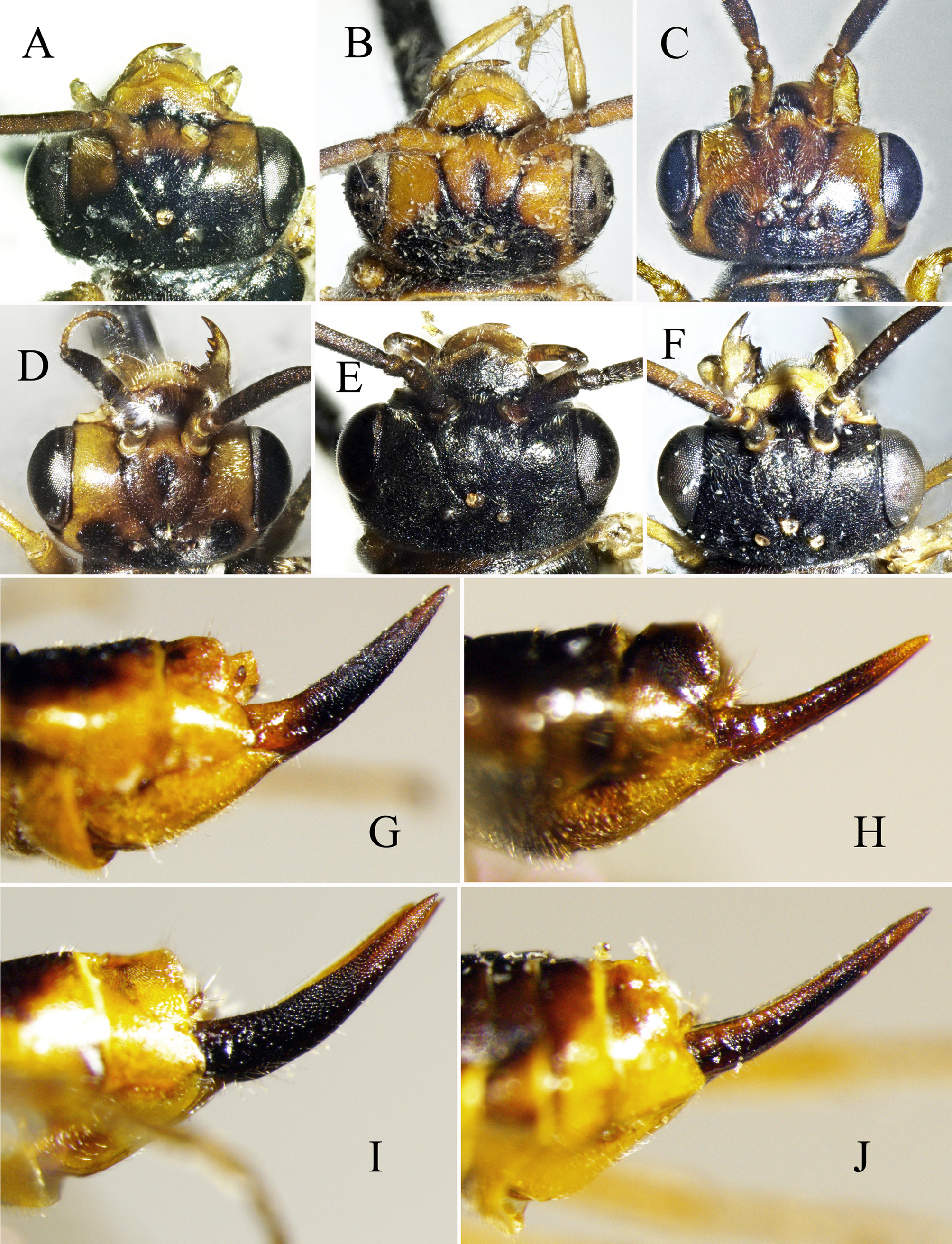