Eye: Cornea not dilated, about half­length of peduncle; extending to distal quarter of rostrum.

Etymology. The specific epithet alludes to the greatly elongate chelipeds of the species in comparison to the similar species U. amabilis Baba, 1979 .

Remarks. Uroptychus longicheles n. sp. closely resembles U. amabilis Baba, 1979 , from New Caledonia, in carapace shape with narrow, excavated rostrum, deeply concave orbits, the long ocular peduncles and the similar shape of the sternum. The new species is readily distinguished from U. amabilis in the following features: carapace margins are spinose, the distal segment of the antennal peduncle is unarmed, the antennal scale reaches almost to the midlength instead of near the apex of the distal peduncle segment, the chelipeds are about five instead of three times carapace length, and the spines on the flexor margin of the dactyli of the walking legs are more slender and oriented obliquely instead of perpendicular to the dactylar margins.

The single known specimen of U. longicheles is an ovigerous female collected from the coral Subergorgia . It was carrying three advanced embryos of large size: 1.0 x 0.85 mm vs. 3.0 mm carapace length of the holotype. The advanced stage of the embryos suggests that the species might undergo direct development limiting dispersal ability.

Distribution. Presently known only from the type locality. 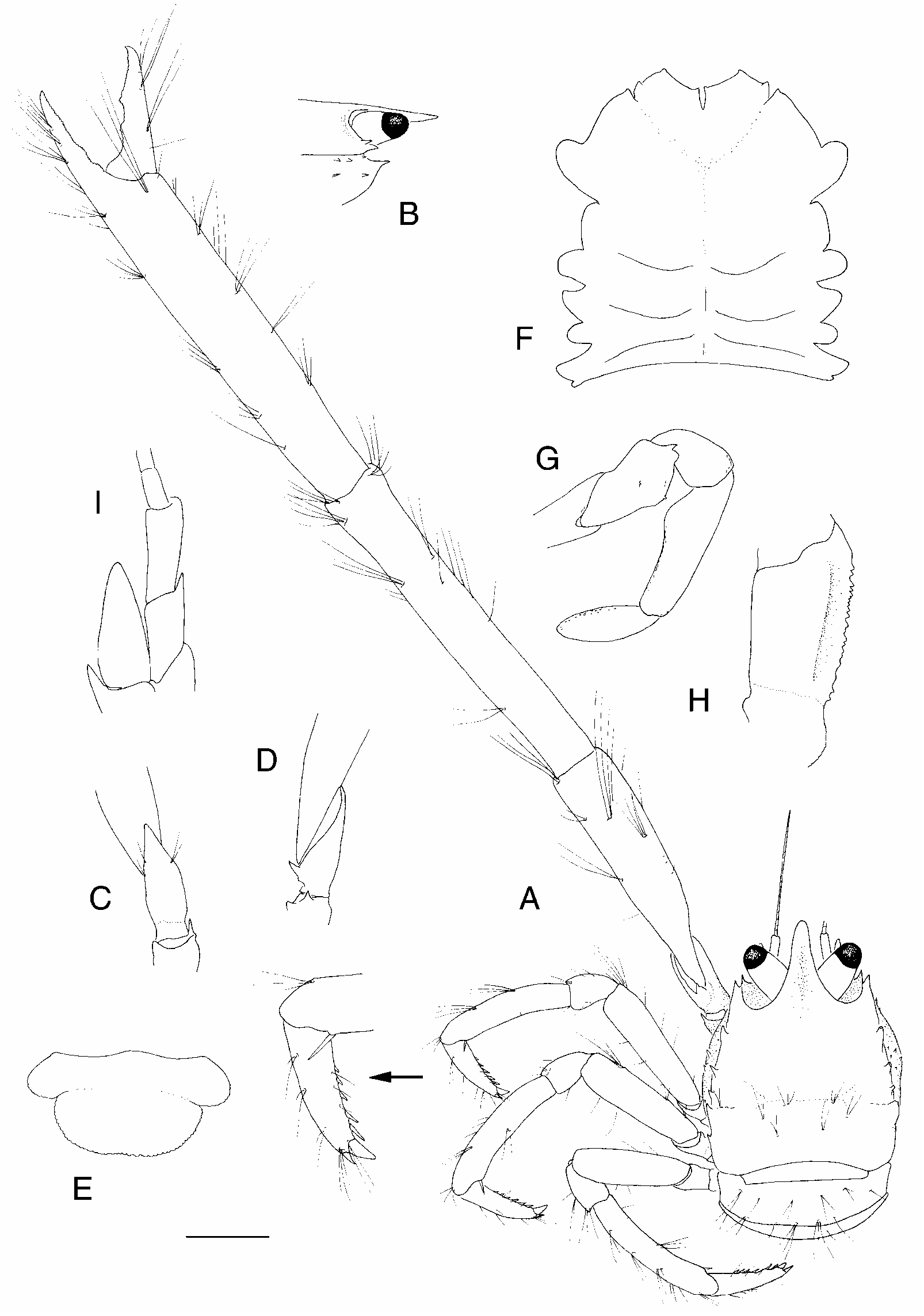