Eye: Cornea not dilated, about one­third length of peduncle; extending beyond midlength of rostrum.

Etymology. The specific epithet is derived from the Latin multi, meaning ‘many’, and spinosus, meaning ‘thorny’, alluding to the large number of lateral carapace spines in comparison to the very similar species U. joloensis Van Dam, 1939 .

Remarks. Uroptychus multispinosus n. sp. most closely resembles U. joloensis Van Dam, 1939 , from Indonesia, sharing the trifid rostral apex, similar carapace outline with small lateral spines, elongate ocular peduncles, and U­shaped median notch in the anterior margin of sternite 3. Uroptychus multispinosus differs from U. joloensis in the following features: the lateral carapace margins bear 6 or 7 instead of 2 spines, the antennal scale is longer than instead of distinctly shorter than the antennal peduncle, the chelipeds are shorter and more robust, and the spines on the inner margins of the dactyli walking legs are directed obliquely instead of perpendicular to the dactylar margin. The rostrum in one specimen is not trifid ( Fig. 17H View FIGURE 17 ), but appears to be regenerating from damage.

Distribution. Presently known only from southern Queensland between Southport and Tweed Heads at 318– 364 m. 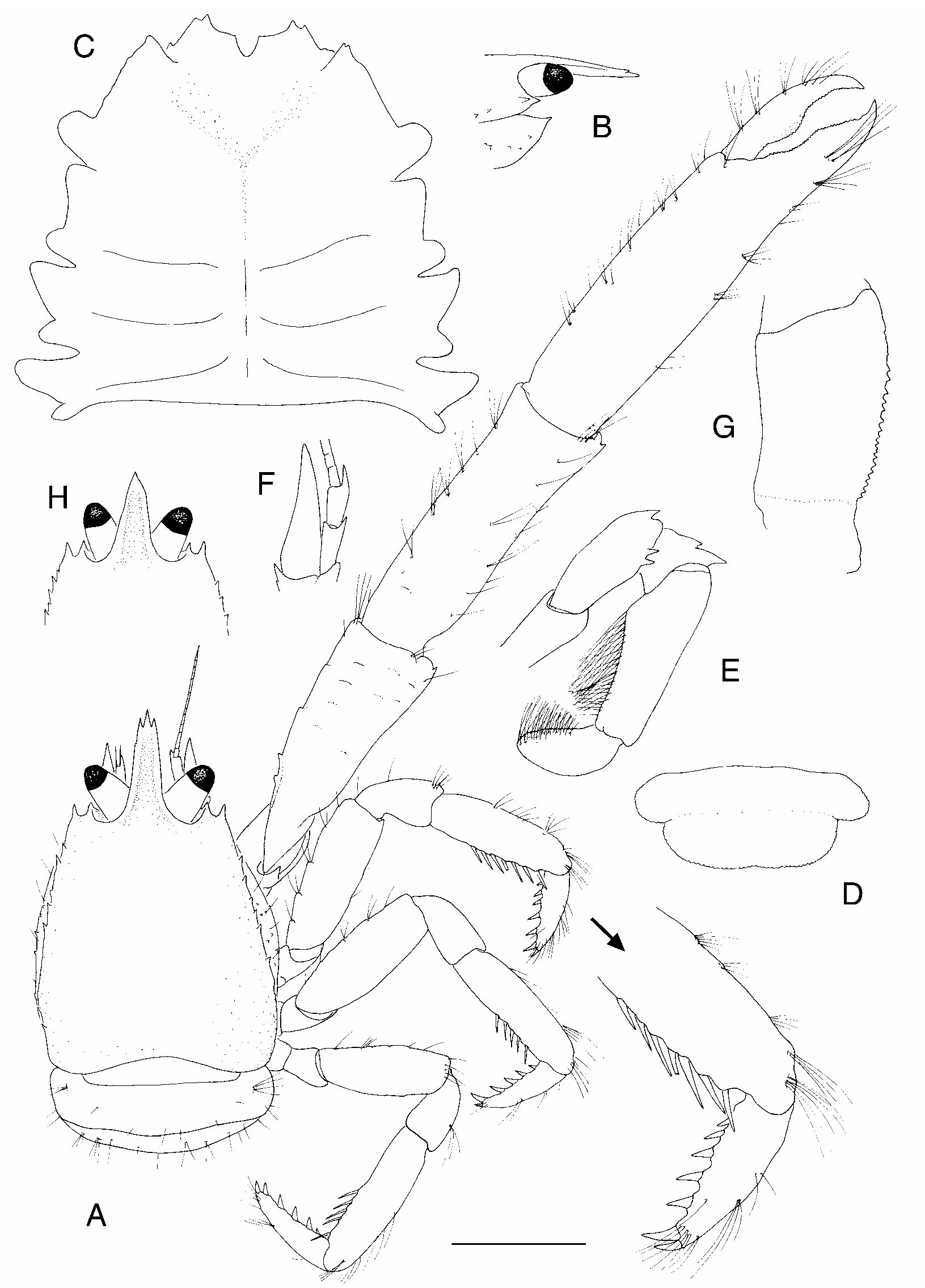