Rearing of medusae. Released medusae (6) were divided into two groups of three individuals each: the first group was reared under the same conditions as the hydroid colony (14 °C), while the second was kept at 24 °C (preliminary observations showed that gonad development was faster at higher temperatures).

Five-day-old-medusa. Umbrella 1.0 mm wide; 4 bulbs each flanked by one pair of lateral spiral cirri; 2 tentacles, 2 rudimental tentacles one rudimentary marginal wart between successive tentacles; about 8 statocysts; appearance of 4 rudiments of gonads on distal half of radial canals.

Remarks. The whole life cycle was examined in the present study. This species has often been recorded as Campalecium medusiferum Torrey, 1902  , a nominal species described from the California coast, based on the hydroid stage. As remarked by Altuna (2008) it is unlikely that the Mediterranean species is identical with the Californian one. The taxonomic situation of the various species referable to Campalecium  is complicated and unresolved (see Calder 1991). Due to similarity among “ Campalecium  ” hydroids, several authors regarded most of them as conspecific or questionably conspecific ( Calder 1991; Schuchert 2003). The genus Mitrocomium  (as defined in Brinckmann (1959) based on Haleciella microtheca  ) presents considerable problems not only at the species level, but also at the family level and is considered as synonymous with Lovenella  by Bouillon et al. (2006), having companulinid hydroids, not sharing the features of the present species. Altuna (2008) assigned this species to Eucheilota  , as E. medusifera? (Torrey, 1902)  (comb. nov.) and considered Campalecium  a likely synonym of that genus. We cannot share Altuna’s (2008) opinion of referring this nominal species to Eucheilota  , since other species of this genus do have campanulinid hydroids (e.g. Eucheilota maculata Hartlaub, 1894  ) but we prefer to avoid referring it to the Californian nominal species. The oldest record of a Campalecium  species in the Mediterranean is by Motz-Kossowska (1911) and, following Altuna’s (2008) suggestion, we provisionally refer this material to this nominal species. In the present study, the stages of development of the medusa at two different temperatures have been described. It is evident that environmental stimuli may, within the same species, cause a variation of the stage of development reached by a medusa by the time of its release as reported by Hincks (1868) for the species Clytia hemisphaerica  . 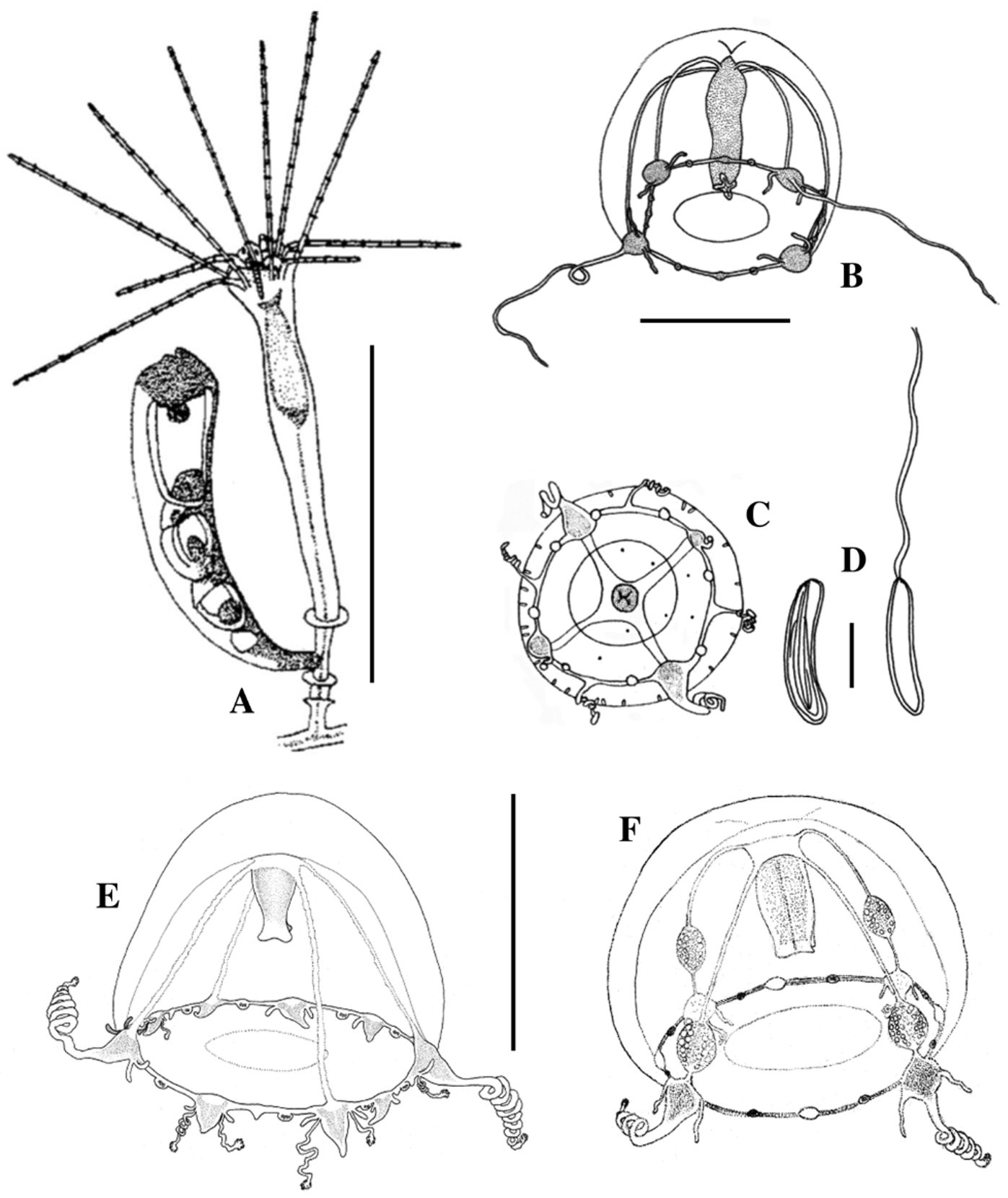