Revised diagnosis. Amphidraus caxiuanan Salgado & Ruiz, 2017  and A. manauara  sp. nov. have the embolic disc with one long, prolaterally projected, distal process (dPED) with rounded tip, and one short, ventrally projected ventral process (vPED) ( Figs 17AView FIGURE 17, 19CView FIGURE 19); also, the same pattern of tibial apophyses: the RvTA is short and rounded and the RTA emerges from retrodorsal portion of tibia, being curved and projected to the apex of palp ( Figs 19View FIGURE 19 E–G); proximal dorso-prolateral portion of cymbium is prominent in both species, and there is a proximal retro-dorsal cavity on cymbium ( Figs 17BView FIGURE 17, 19B, 19DView FIGURE 19). However, Amphidraus caxiuanan  can be distinguished by having a longer proximal dorso-prolateral projection of cymbium ( Figs 19B, 19DView FIGURE 19) and longer RTA ( Figs 19View FIGURE 19 E–G). Moreover, the embolus shaft and the embolic filament are longer in proportion to the embolic disc in A. caxiuanan  ( Figs 19A, 19CView FIGURE 19). The female of A. caxiuanan  is still unknown.

Variation. Based on comparisons between the type specimen of A. caxiuanan  from Melgaço, Pará, Brazil, and this new male from Oriximiná, Pará, Brazil (about 550 km from the type locality; Fig. 20View FIGURE 20), we observed several similarities, including in tibial apophyses and especially in the embolic disc, which made us refrain from describing a new species from Oriximiná. That male is herein recognized as being a variant form of A. caxiuanan  . Hence, palpal variation within the species is summarized as follows ( Figs 18View FIGURE 18 B–D, 18F–H, 19C–D, 19F–G): the RTA has a slight ( Figs 18GView FIGURE 18, 19FView FIGURE 19) or accentuated curvature ( Figs 18CView FIGURE 18, 19GView FIGURE 19); the dorso-prolateral, proximal cymbial projection varies in length ( Figs 18D, 18HView FIGURE 18); RTA length is also variable ( Figs 18View FIGURE 18 C–D, 18G–H, 19F–G). However, the proportions of these structures in the male from Oriximiná are intermediate when comparing the holotype of A. caxiuanan  and the holotype of A. manauara  (whose type locality is about 450 km away from Oriximiná; Fig. 20View FIGURE 20), which could indicate a cline across the Amazon River. Nevertheless, the embolic disc of the male palp of A. manauara  is different enough to convince us to describe it as a new species (see diagnoses above).

Distribution. Known only from the state of Pará, Brazil ( Fig. 20View FIGURE 20). It is worth mentioning that, if the specimens from Oriximiná and Melgaço are indeed conspecific, this small species of jumping spider occurs in preserved forests on both margins of the old Amazon River, which is between two and eight kilometers wide in that portion of South America. This provides evidence for the high ability of dispersal present in this species. 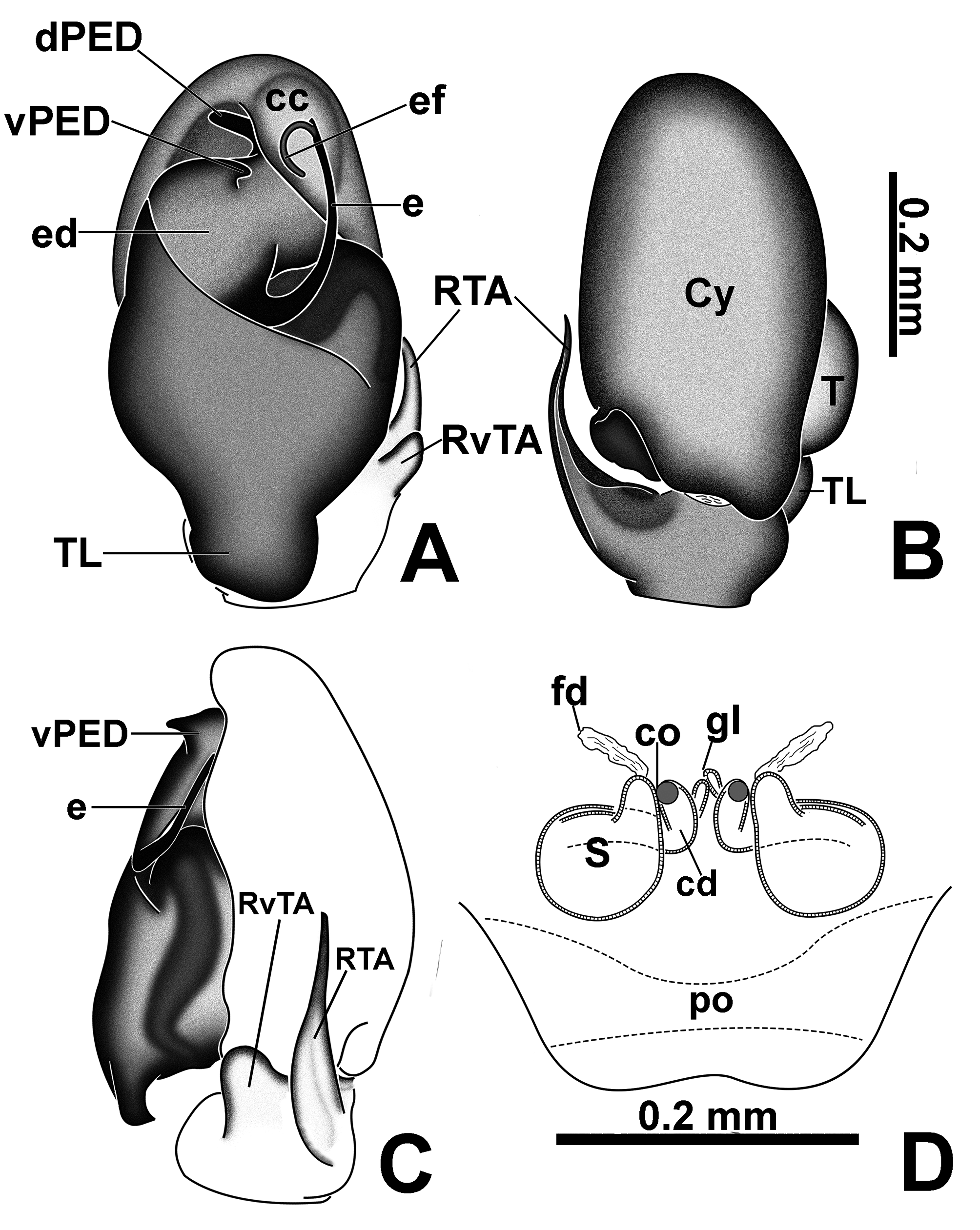 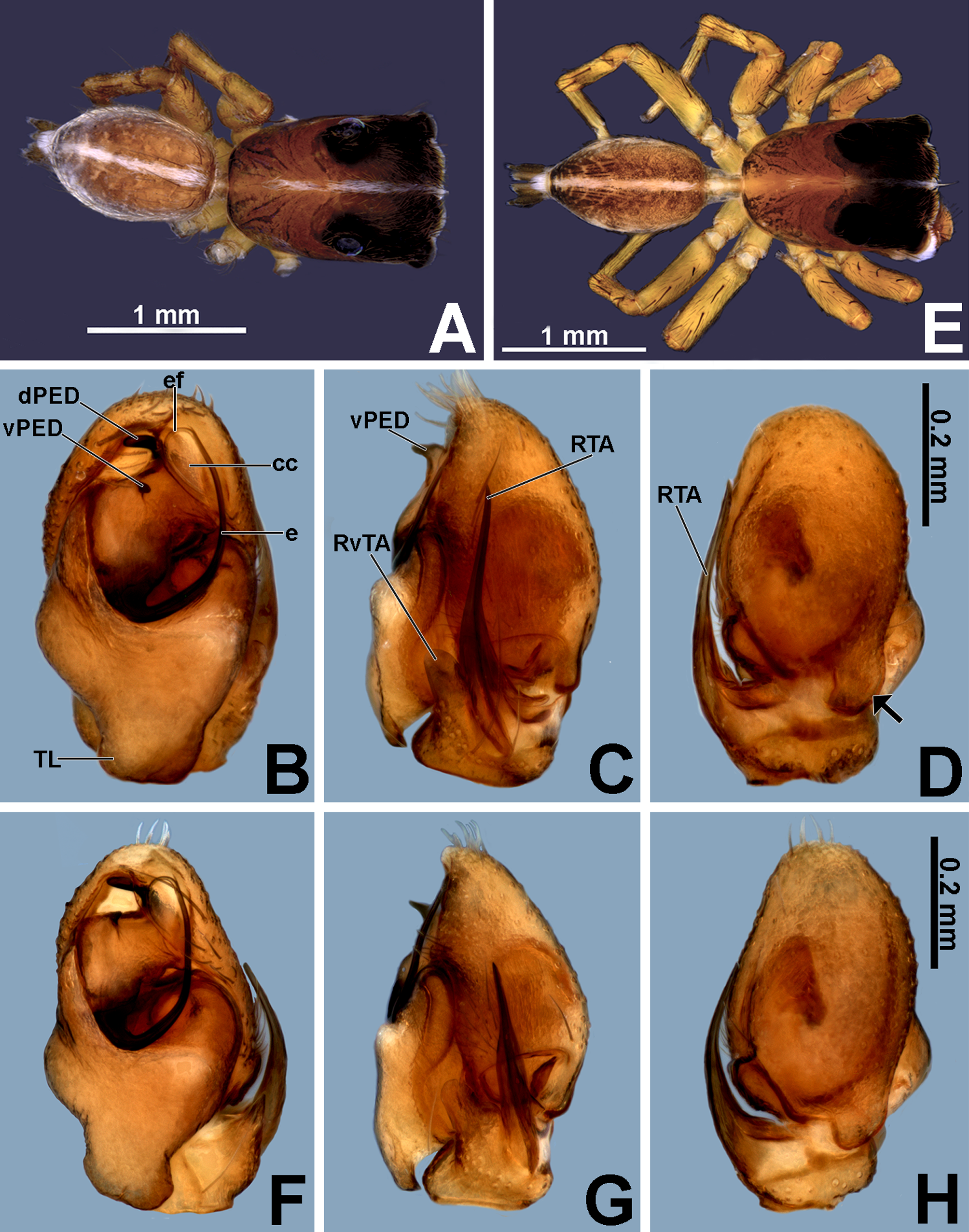 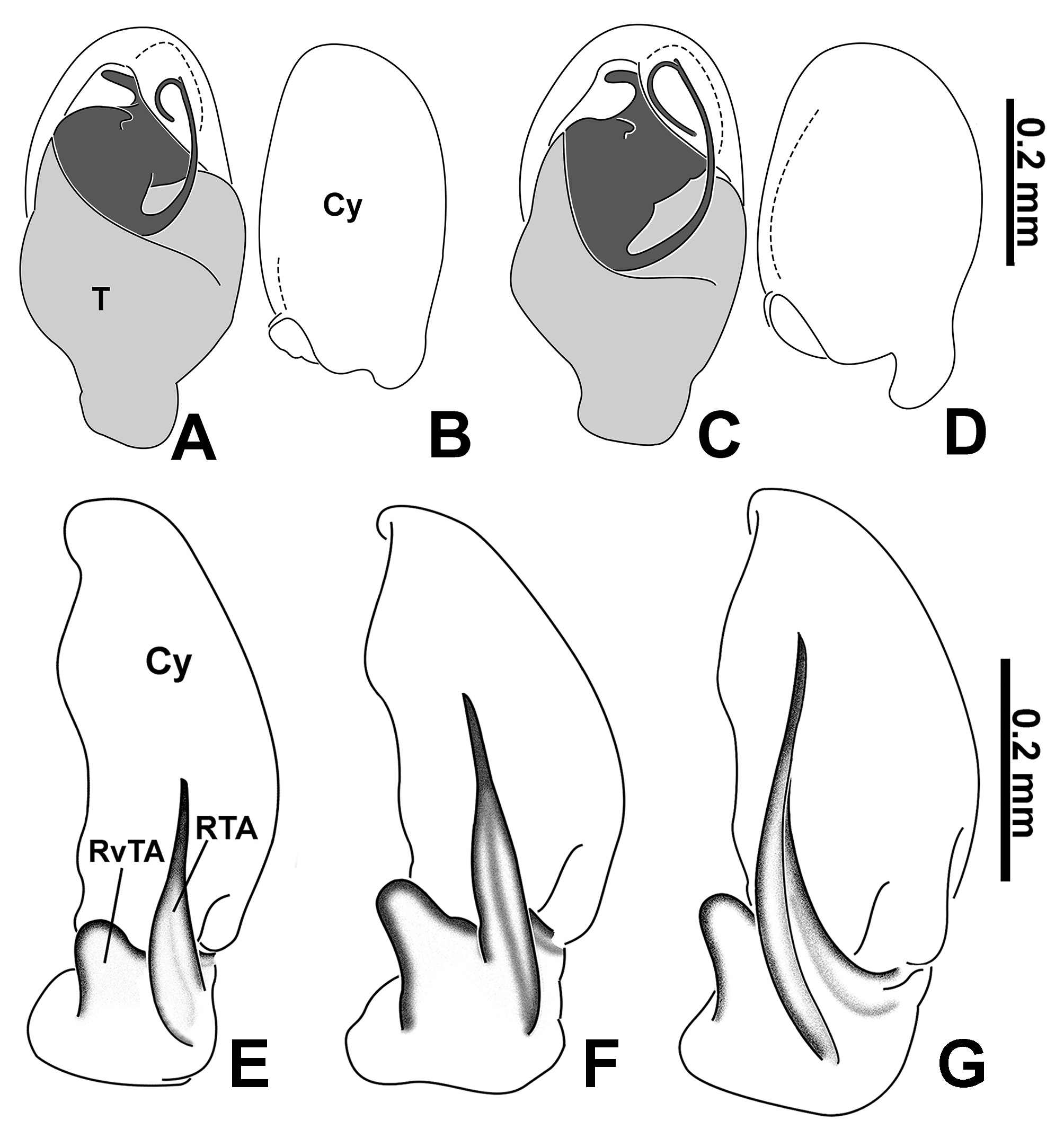