Description. Brachypterous; body blackish, Labrum reddish brown, each elytron with a large elongate yellow spot near lateral margin, which is about 4/5 as long as and 2/3 as broad as the respective elytron. Antennae, maxillary palpi and legs reddish yellow except antennal club infuscate.

Pronotum 1.10 times as long as wide; disk uneven, with shallow median longitudinal furrow which is a about 2/3 the length of pronotum, two shallow impressions in anterior half each with an small outer tubercle, two transverse impressions in about middle, two impressions in posterior half each with a larger outer tubercle; punctures confluent, slightly smaller than those of head; interstices smooth, much narrower than half the diameter of punctures except for those at the bottom of the median longitudinal furrow, which could be larger.

Elytra 0.99 times as long as wide; disk uneven, each elytron with a humeral impression; punctures round, more or less confluent especially those on elytral spots, slightly larger than those on pronotum; interstices smooth, distinctly narrower than half the diameter of punctures.

Remarks. This new species is the largest species in the group, apparently it is similar to S. hujiayaoi  sp. n. from Guangxi, but can be distinguished from the latter by the larger body size, the sparse punctation of head, the more distinct pronotal furrow the larger elytral spot, the sparser and shallower punctation of abdominal tergites and different sexual characters. 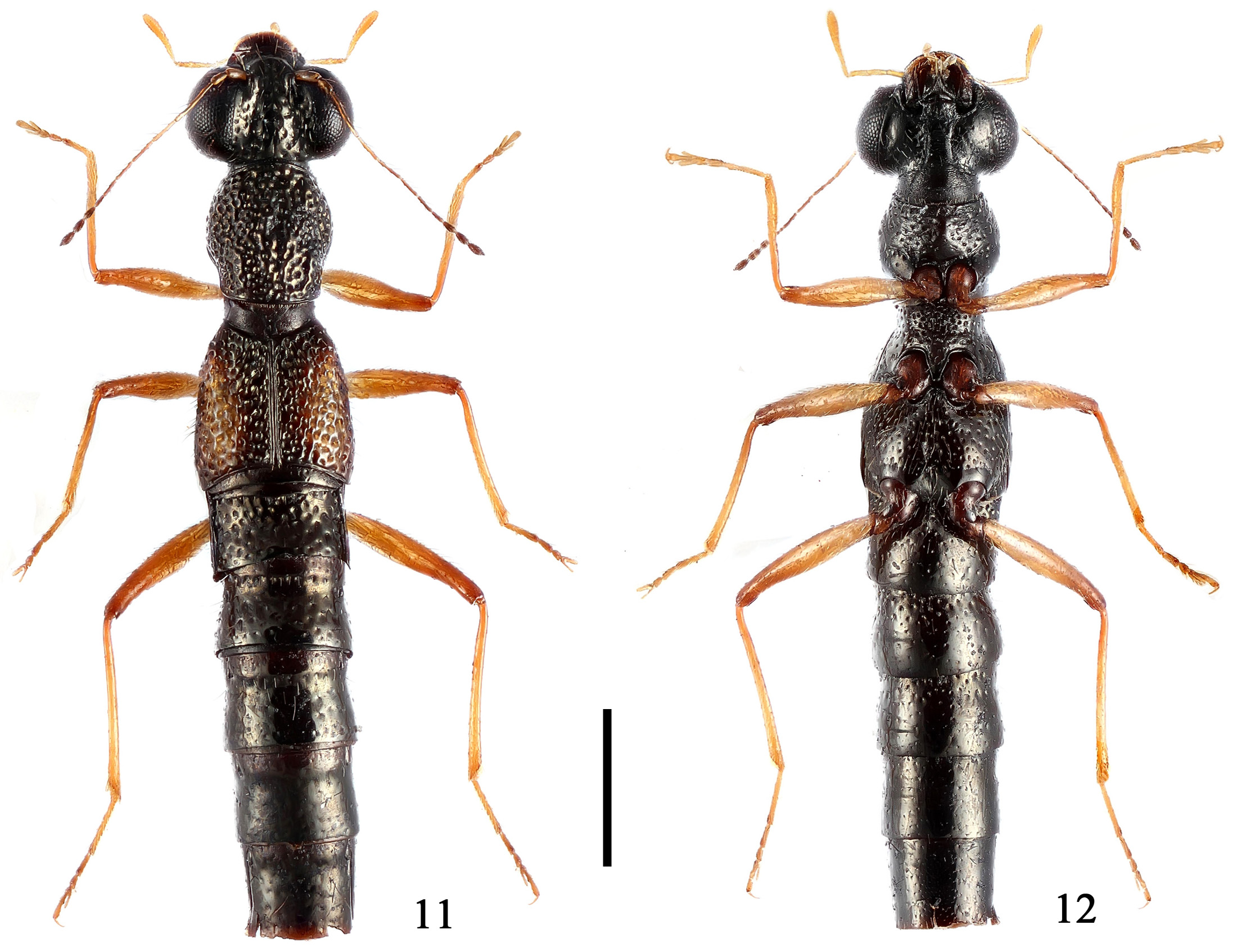 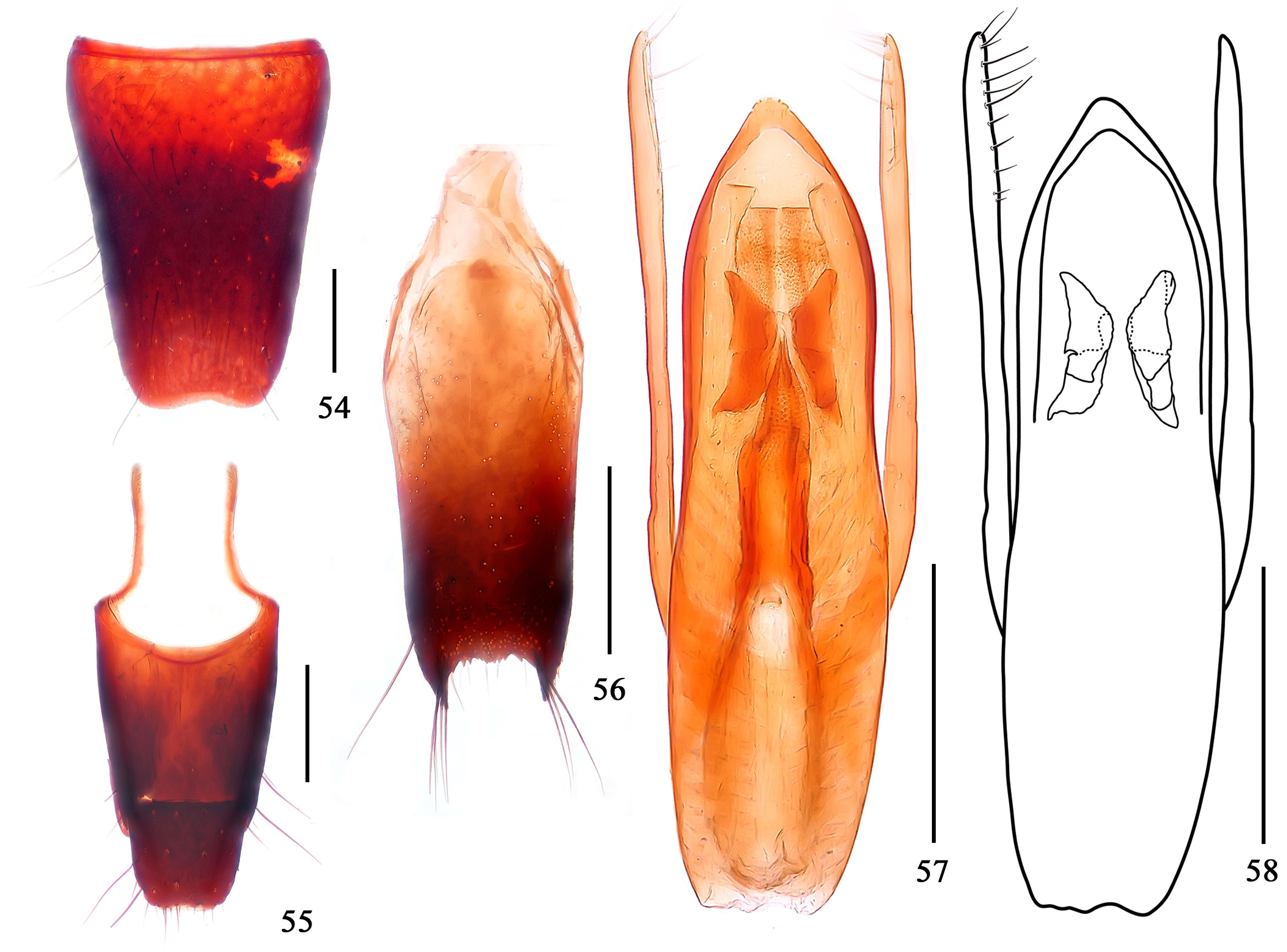