Pronotum 0.93–1.00 times as long as wide, disk relatively even, with very shallow and indistinct median longitudinal furrow along the middle; punctures round and moderately confluent, about the same size to those of head; interstices smooth, narrower than half the diameter of punctures except for those at the actual middle of longitudinal furrow, which could be wider than the diameter of punctures.

Elytra 0.84–1.00 times as long as wide, disk relatively even; punctures elliptic and more or less confluent, slightly larger than those on pronotum; interstices smooth, distinctly narrower than half the diameter of punctures.

Abdomen cylindrical; paratergites very narrow and almost impunctate, present only in segment III, tergites and sternites totally fused in segments IV –VI, posterior margin of tergite VII with indistinct palisade fringe; punctures round to elliptic, gradually becoming smaller and sparser posteriad; interstices smooth, mostly wider than diameter of punctures except those on basal impressions of tergites III –V, which could be distinctly narrower than half the diameter of punctures.

Remarks. In general appearance the new species is similar to S. fellowesi Pan, Tang & Li 2012  from Hainan, but can be easily distinguished from the latter by the presence of paratergites on abdominal tergite III which is obsoleted in S. fellowesi  .

Etymology. The specific name is derived from ‘Damingshan’, the type locality of this species. 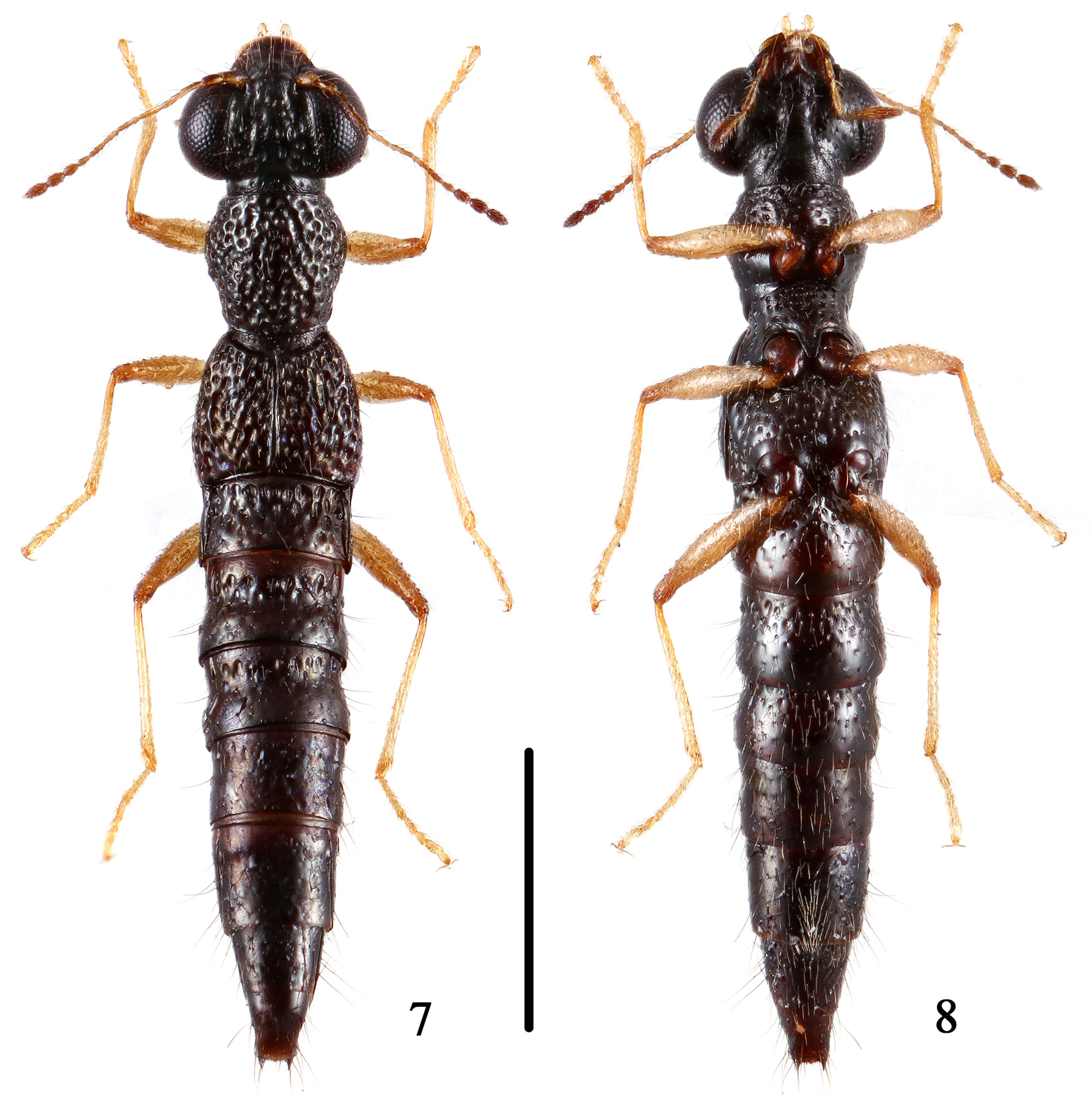