Comments. The campaniform sensillum on the second antennal segment is placed almost medially, rather than in the basal half of the segment, and the sternites lack glandular areas. However, the species shares the following character states with typical Plectrothripini species: antennal segment VIII elongate; sense cones on III and IV short and stout; posterior pair of ocelli close to compound eyes; pronotum strongly eroded; second abdominal tergite strongly eroded laterally. In the key to genera ( Okajima 1981) this new genus progresses to the last couplet involving Menothrips and Plectrothrips . However, the maxillary stylets are longer and closer together than in species of either of those genera, the fore tarsus lacks a tooth, and the structure of the eyes is unique amongst Phlaeothripidae . It is not unusual in various unrelated Thysanoptera species for a few ventral eye facets to be enlarged, but the condition in this species of a single enlarged dorsal facet is unique. Although the fore tarsus lacks a lateral tooth, the hamus is well-developed on the ventrolateral external margin of the tarsus. 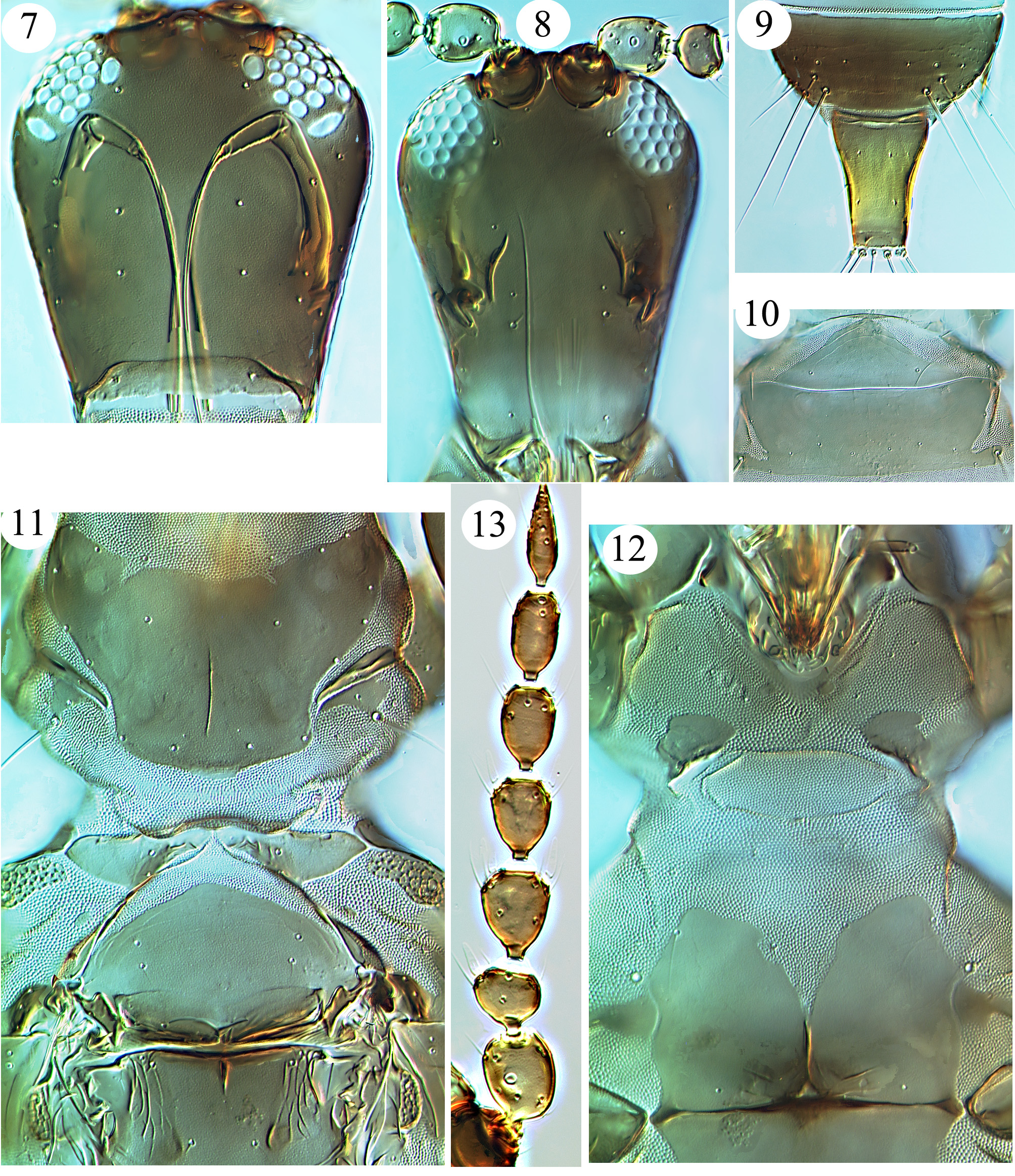