Diagnosis of Asteriza   . Adults of Asteriza   have an oval body shape in dorsal aspect ( Figs. 4–5 View FIGURES 4 – 6 , 7– 8, 10–11, 13 – 14) and a hemispherical shape without angles in lateral aspect ( Figs. 16–23 View FIGURES 16 – 23 ). In dorsal view, the pronotum and elytra are continuous to slightly discontinuous in females ( Figs. 5 View FIGURES 4 – 6 , 8, 11, 14) and slightly to moderately discontinuous in males ( Figs. 4 View FIGURES 4 – 6 , 7, 10, 13). The antennae are pale with scape, pedicel and often antennomere III shiny red to reddish brown and the apical half of the last antennomere tanned. The lateral margins of the pronotum and elytra are moderately explanate, the explanate portion being less than half the width of discal area. The dorsal color (4–5, 7 – 8, 10–11, 13 – 14) is mottled or speckled yellow to tan and black. The pronotum ( Fig. 42 View FIGURES 42 – 46 ) is smooth. The pronotal anterior margin is semicircular, completely covering the head. The prosternal process ( Fig. 43 View FIGURES 42 – 46 ) separates the procoxae by a distance approximately equal to the width of each procoxa. The elytral explanate portion ( Figs. 47–54 View FIGURES 47 – 54 ) is interrupted medially by a discal sublateral “bulge and is narrowed posteriad. The elytral edge is moderately thickened. The elytral disc is moderately punctate, with the punctures scattered. Each terminal tarsomere is unmodified.

Remarks. The male genitalia are positioned on its side in the abdomen, such that the morphological dorsal and ventral surfaces are oriented laterally. Because of this positioning, the genitalia are rotated in a counterclockwise direction for copulation, which is described by the term deversement ( Jeannel 1955; Verma 2009). The apical part of the aedeagus is surrounded by membrane and the pair of spicules are attached to the membrane.

In some specimens, the thickening on the inner surface of the cervical cavity (anterior prothoracic cavity) is developed into an articulating ridge, which is probably the scraper with the stridulatory file as in Physonota   species (CWS, personal observation). 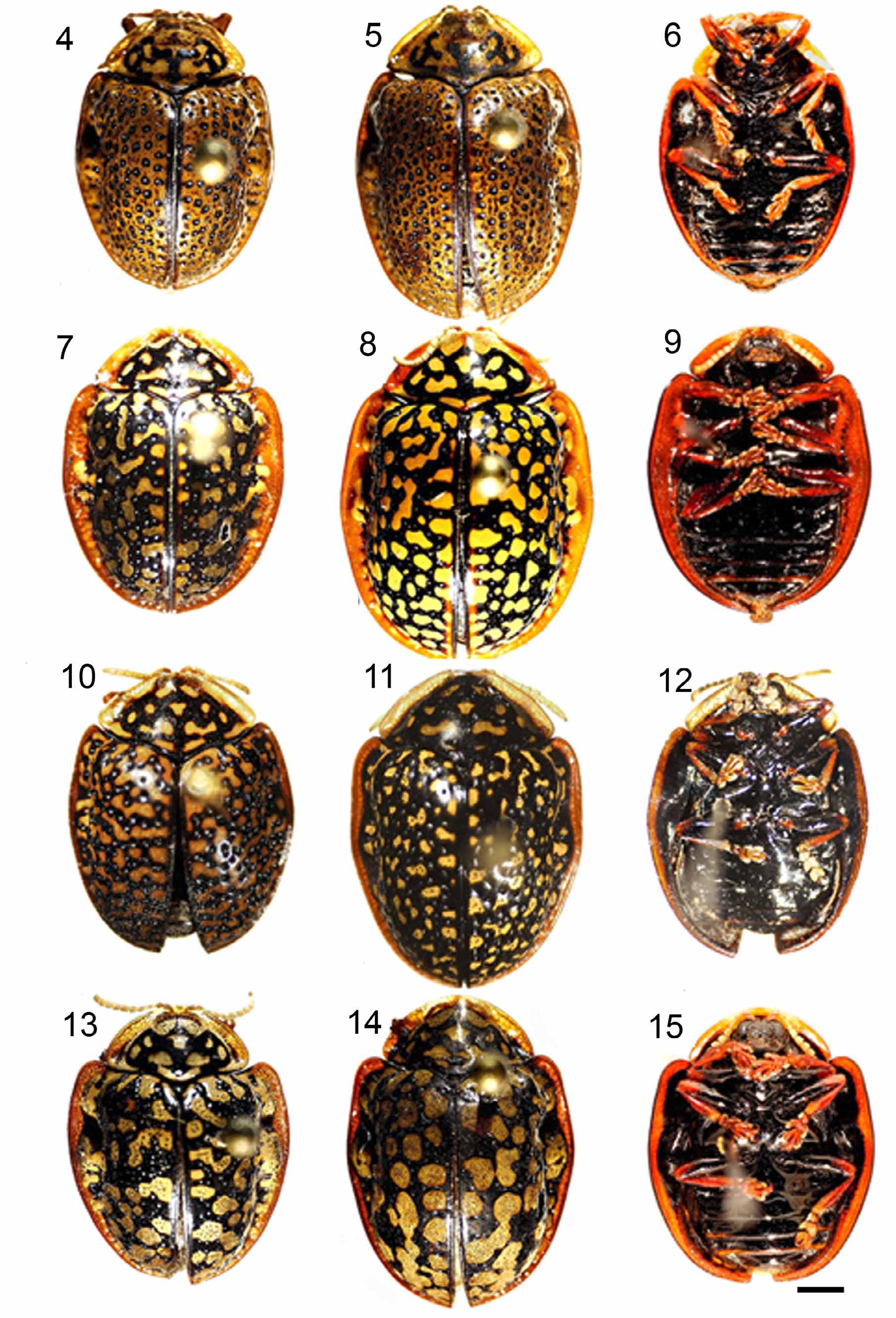 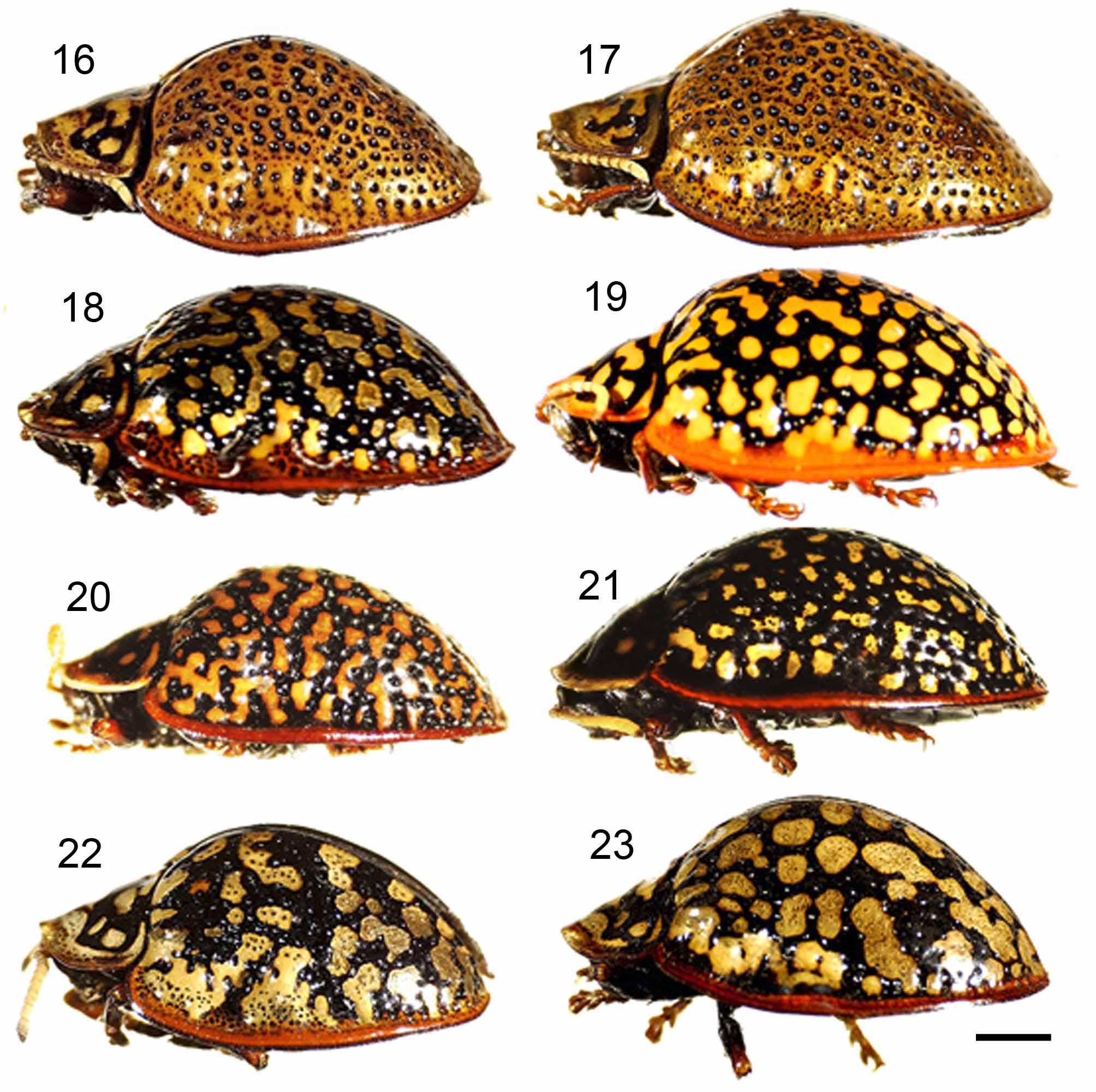