Herewith, we add to the list the villages Khoti and Sissu (Keylong City) in Himachal Pradesh State, India which are the most western records of the species worldwide.

Remarks. The specimen can be recognized by the specific shape of the forcipular tooth-plate (Fig. 10). It is in accord with Lewis’ (2010: 9) description and drawings of O. astenus  this including the presence of tarsal spur of ultimate legs, a character which is generally rare in Scolopendridae  . Our specimen differs insignificantly from Lewis’ (2009) description in having two tarsal spurs on legs 1–3 (Lewis recorded legs 1–4(17)) and well-developed (vs “small”) spines at ultimate prefemur ( Fig. 11View FIGURES 11 – 12). Additional material (No. 6351, 6352, 6390, 7009) shows these spines well-developed as well.

Further material of O. astenus  in the ZMMU collection (22 specimens) shows considerable variability in the structure of the spiracles (size, shape, depth of atrium). Comparing to the North Indian (No. 7009), Hawaiian (No. 6352) and Vietnamese (No. 6390) material the West Papuan specimen has considerably reduced spiracle atrium ( Fig. 12View FIGURES 11 – 12), a condition observed also in exemplars from Tonga (No. 6351). According to our own experience the spiracles with deep atrium are more common in Otostigmus  .

The accessory spines in the studied exemplar are of the usual shape, while in the specimen from Hawaii they are much enlarged (nearly triangular) and short. 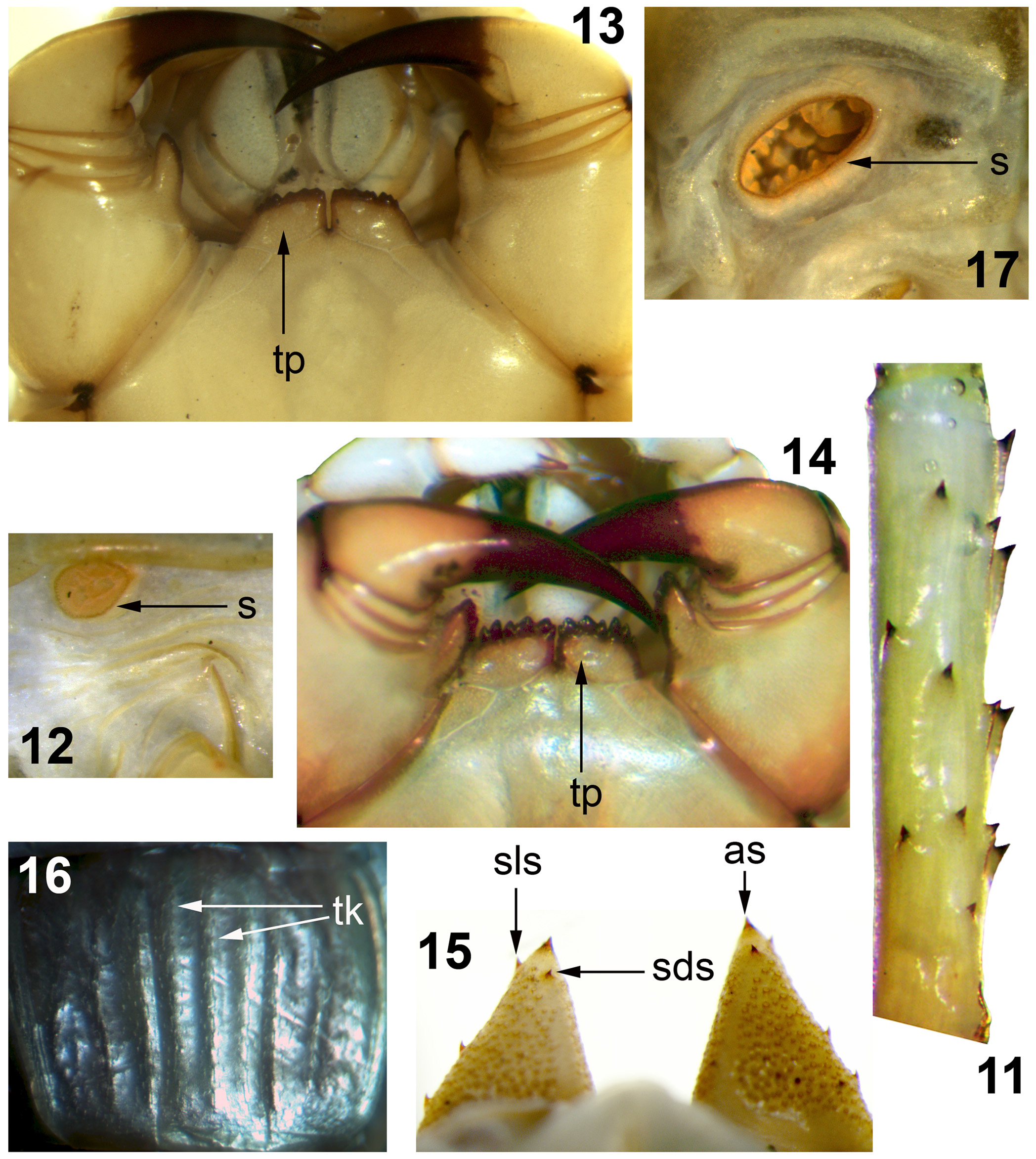