Etymology. The new species is named after the presiding deity of the temple in the type locality.

The present discovery of a new species from the Indian subregion of the Oriental realm has extended the known range of the genus in the Orient from West Malaysia westwards to southern India. The biogeographic assumption of Gattolliat (2004) that the presence of this genus in India or Sri Lanka is not confirmed but likely, indeed become a reality. Gattolliat (2004) also opines that with regard to the specific diversity of the genus in the different parts of its distribution area, it is reasonable to assume a Palaearctic or Oriental origin. According to him the presence of Nigrobaetis in southern Africa and in Madagascar is probably the result of a step-by-step colonization from northern Africa to southern Africa and finally Madagascar and that it is likely that the colonization of Madagascar took place after its break-off from the Gondwana mainland (ca 165 My), implying overseas colonization of more than 300 km ( Gattolliat 2004). The morphological similarity between N. paramakalyani and N. minutus from Southeast Asia seems to indicate Asian affinities rather than an old Gondwanian origin. Molecular phylogenetic studies of the genus Nigrobaetis from different biogeographic areas would greatly help to solve this puzzle and determine the colonizing force.

Ecology. The larvae were collected in a small perennial river, Gadana, Tirunelveli District, Tamil Nadu, India, (9–10 m wide and 2–3 m depth) with slow water current (0.4m /s) on the Eastern part of southern Western Ghats. The water temperature ranged between 22 ˚C– 25 ˚C (seasonal variations) and the pH between 6.5–7.4. The collecting site is adjacent to the Paramakalyani temple, Sivasailam. The substratum is mainly gravel with patches of grasses. 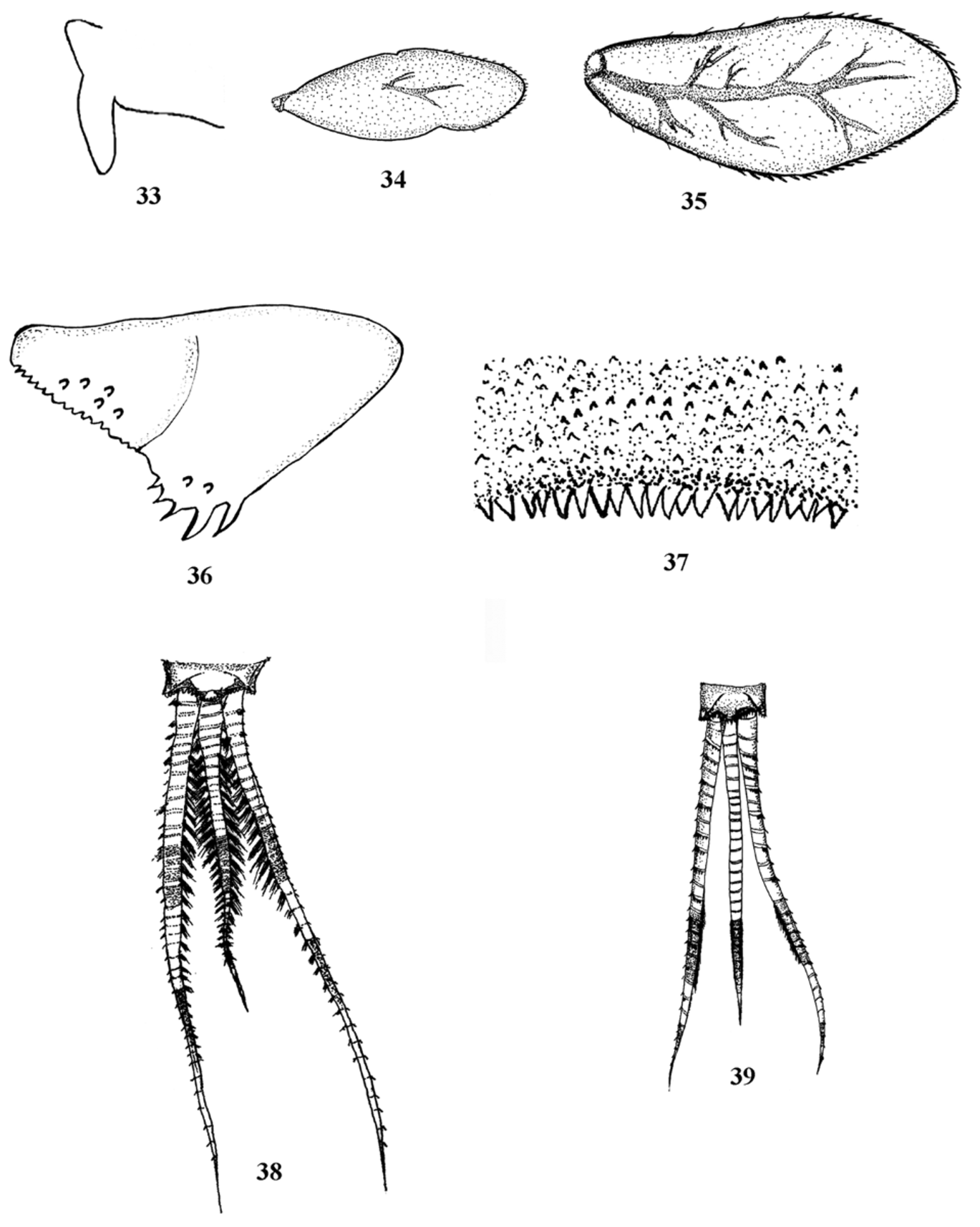