Komai, Tomoyuki & Segonzac, Michel, 2005, A revision of the genus AlIJinocaris Williams and Chace (Crustacea: Decapoda: Caridea: Alvinocarididae), with descriptions of a new genus and a new species of AlIJinocaris, Journal of Natural History 39 (15), pp. 1111-1175: 1164-1169

Integument of body thin, but not membranous, surface shining.

Second pereopod subequal in length to, but more slender than first pereopod, not reaching distal margin of antennal scale. Fingers subequal in length to palm, each terminating in small, corneous unguis crossing each other when closed, cutting edges without gape, each pectinate with single row of minute teeth directed obliquely distally and increasing slightly in size. Carpus slightly longer than chela. Merus and ischium obliquely articulated in lateral view; ischium unarmed.

Known only from Minami-Ensei Knoll, Mid-Okinawa Trough, at a depth of 705 m. This species occurs in a thermally influenced area.

Variation in the rostral shape and armature was fully illustrated by Kikuchi and Hashimoto (2000, Figure 7 View Figure 7 a–j). It is noteworthy that this species does not show strong polymorphism in the morphology of the first pereopod. 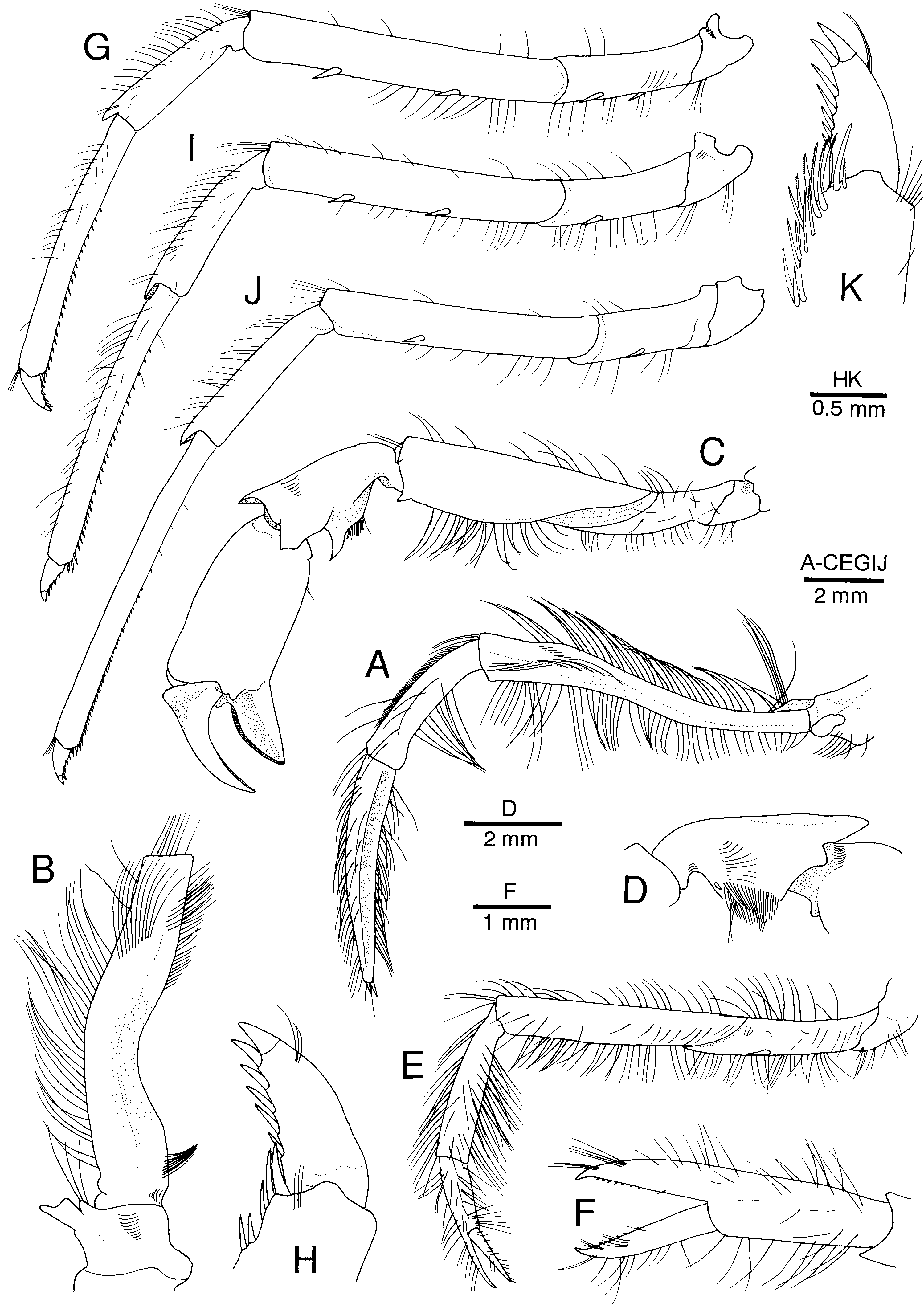 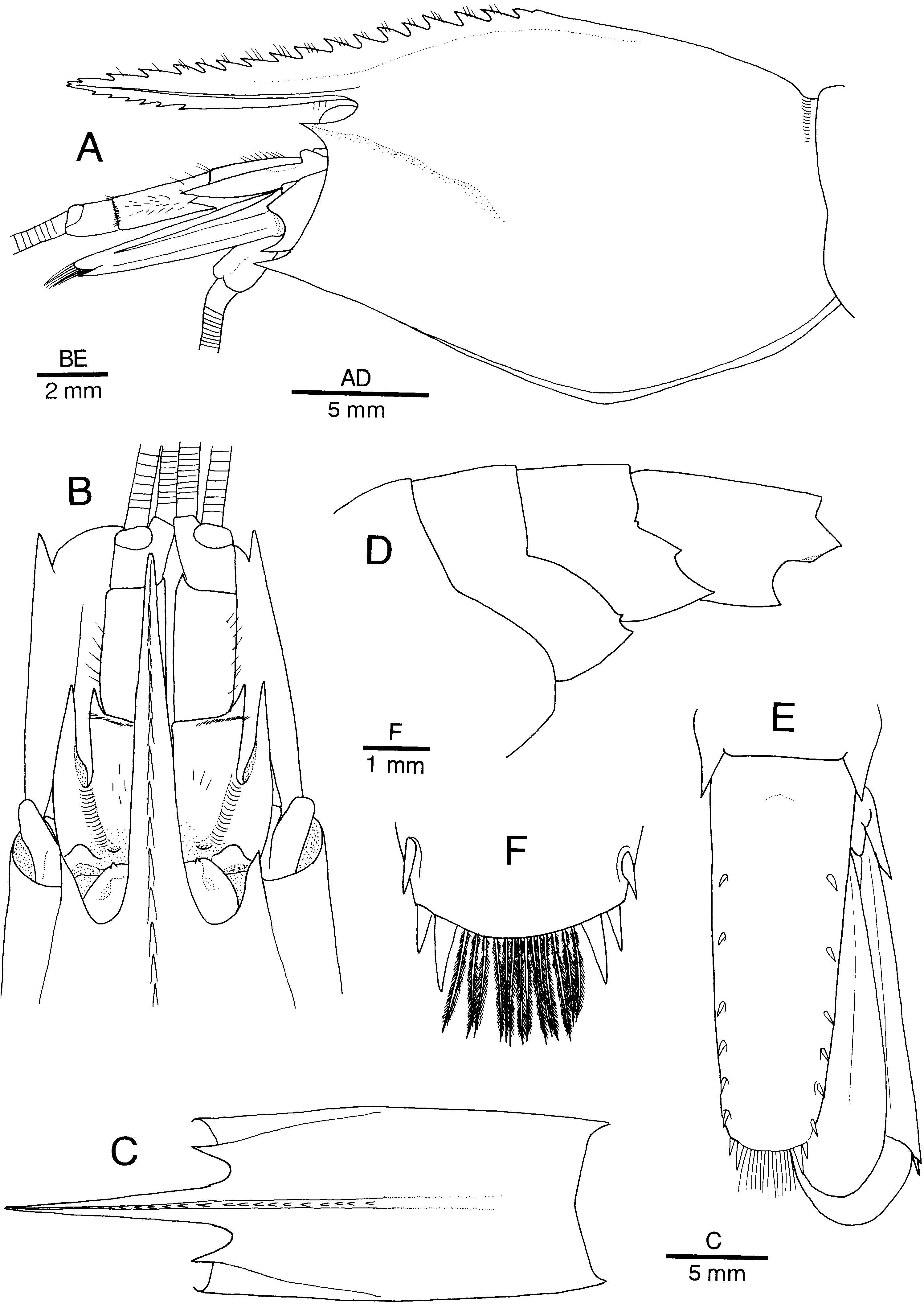