Remarks. A detailed morphological examination of the specimens newly collected from O. jenynsii  from both, the type locality and Nahuel Rucá Lake, and their comparison with the descriptions provided by Suriano (1981; 1997) showed that all are members of the same taxon by having identical morphology of MCO, accessory piece, hooks and internal organs. It is noteworthy that no type material is available for this species, which was originally described as Androspira chascomusensis  by Suriano (1981) and later transferred to Palombitrema chascomusense by the same author ( Suriano 1997). However, the morphology of the MCO and hooks does not agree with the diagnosis of Palombitrema Price & Bussing, 1968 to which the species was assigned by Suriano (1997). Palombitrema is characterized by having the MCO directly articulated to the accessory piece, pairs 6 and 7 of hooks different in shape than hooks 1–5, being the pair 7 also considerably larger, and dorsal anchors with little developed roots and larger than ventral anchors. ( Price & Bussing 1968; Kritsky & Leiby 1972; Kritsky & Thatcher 1974; Mendoza Franco et al. 1999; 2003; 2009).In contrast, in our specimens, the MCO is articulated by a ligament to accessory piece, hooks are of similar shape and length and anchors have developed roots. These characteristics that clearly differentiate Palombitrema from Characithecium, were not considered in the resurrection of Palombitrema by Suriano (1997), indicating that the inclusion of specimens from C. voga  and O. jenynsi  in this genus was erroneous. Consequently, this species is transferred to Characithecium as C. chascomusensis  n. comb. 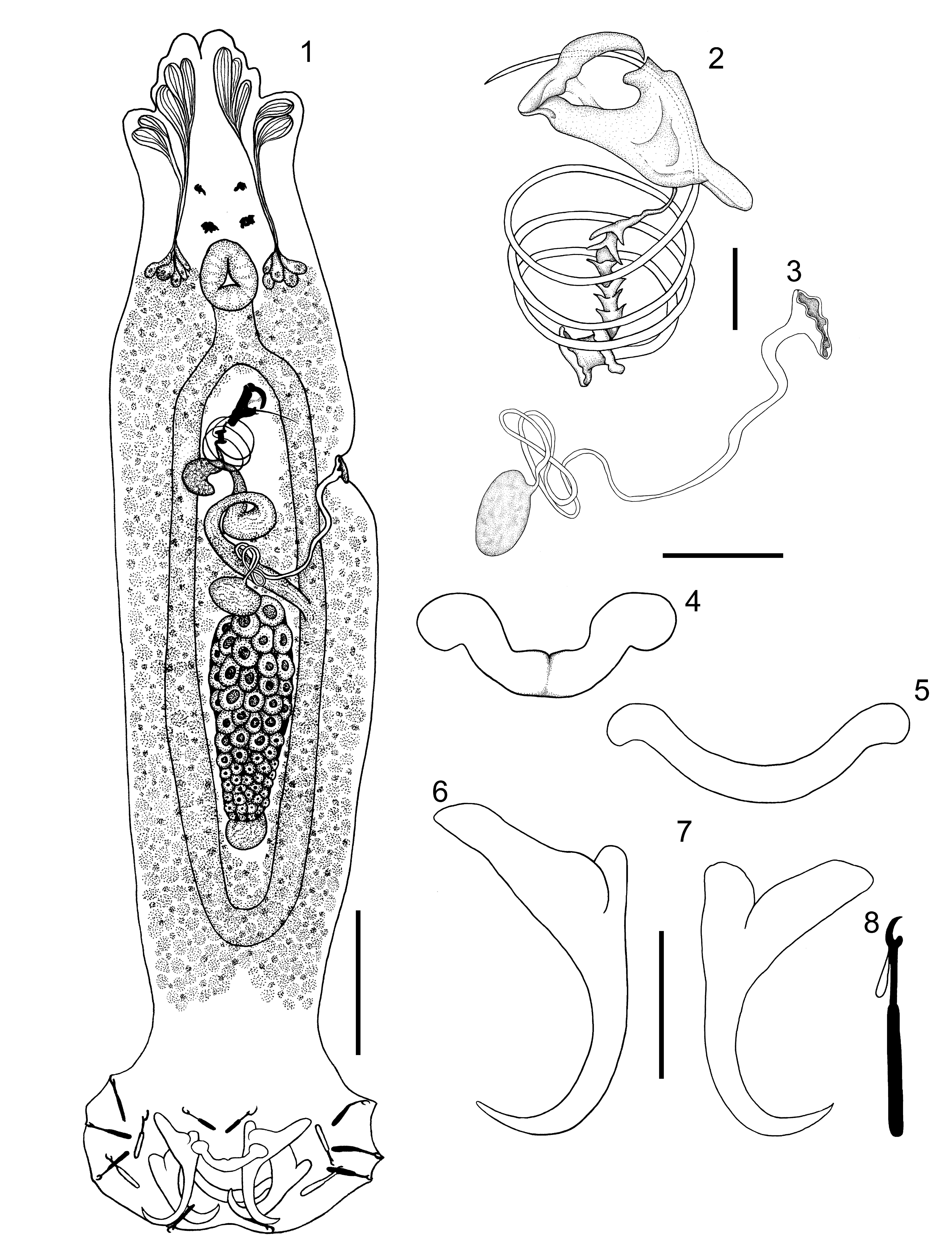